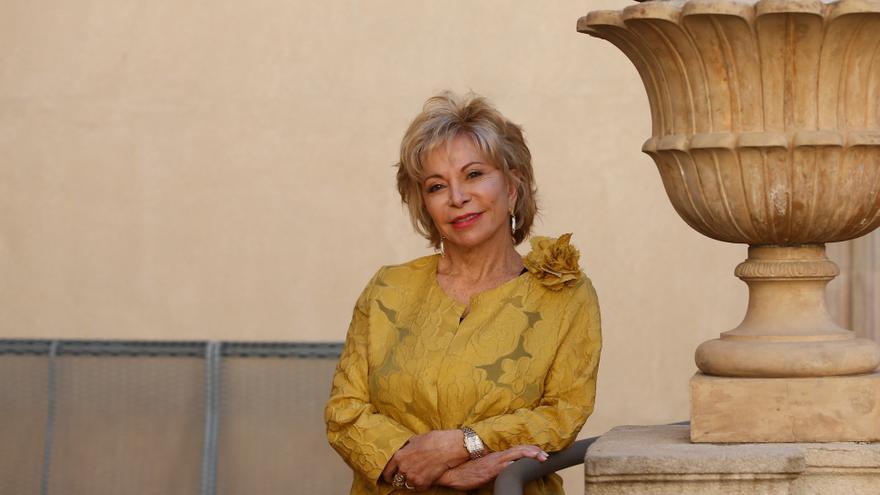 Bogotá, Jan 25 (EFE) .- Chilean writer Isabel Allende affirmed this Monday that the feminist struggle, a movement that she described as "revolutionary" and that has grown thanks to the impulse that young women have given it in recent years, does not You can afford to exclude anyone.

"I do not believe that in this fight we can afford to tell those who want to join that they are not accepted, we are all welcome," said the 78-year-old author at a press conference prior to her participation in the XVI Hay Festival de Cartagena de Indias that begins next Thursday and will be virtual.

In the opinion of the author of "The House of Spirits" and "Long Petal of the Sea", feminism is "like a post race" in which all those involved go in the same direction and passing "the torch to each other. "

"I think that the more people join this intense revolutionary movement, which is the feminist movement, the better. We can all be a part of it and if we can bring our children, who were raised by us and who have all the feminist concepts that they we teach, why are we not going to accept them, why are they going to be excluded ", he reflected.

Allende, who claims to be a feminist since she was five years old, believes that the movement has been "energized" by the "new wave of young girls," as well as by #MeToo, protests and organizations that have joined the cause. .

"That gives it a tremendous force that accelerates it. With the means of communication that we have today, with the interconnection that exists, this process can be made faster. Welcome everyone, let's do it together," he said.

In that sense, he said that this is "a war against the patriarchy", although he qualified and assured that "it is a war that we are going to wage with joy, with laughter, in addition to all the fury that we have inside and the energy that forces us to change everything ".

OPINION ON THE CHANGE IN THE USA

The writer, who has American nationality, appreciated the change of government in that country and hopes that the term of President Joe Biden will be "a time to heal the terrible wounds that this country carries for the last, I would say, five years."

"A year before (former President Donald) Trump was elected, there was already this whole campaign of hatred, of division, this xenophobia, white supremacy, and a hatred against the immigrant exploited by the right. I believe that Biden, therefore less, it offers the possibility of healing this dark, toxic atmosphere, in which we have lived for so long, "he said.

Allende is hopeful that this can be done, although he thinks that it should not be overlooked that "almost 80 million people voted for Trump" in the elections last November.

"These people have not gone anywhere, they are there. So you have to see how all that frustration, the hatred that these people feel is channeled, in a more positive way. You have to put violence aside, start talking" , he assured.

THE PROBLEM OF IMMIGRANTS

The Chilean writer also referred to the two great migratory crises that America is experiencing, those of Central America and Venezuela, and said that it is a very "unfair" and "painful" situation.

As an example, he stated that when a group of migrants arrives in the United States "it is always received with hostility", but warned that "the second generation that joins becomes part of the country.

In his participation in the Hay Festival in Cartagena de Indias, which is virtual due to the covid-19 pandemic, Allende will talk on Thursday with the director of El País América, Jan Martínez Ahrens, about his career, experiences and writing.

Tags: believe, beyond, Exclude, feminist, fight, give, Isabel, luxury, no