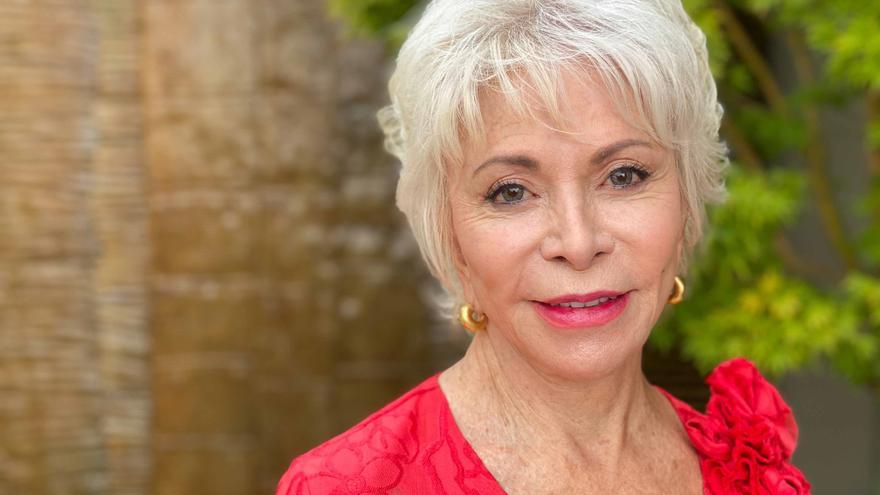 Los Angeles (USA), March 2 (EFE) .- The writer Isabel Allende presented in the United States the series “Isabel” on HBO Max about her own life, and expressed her satisfaction at the return to feminism of “energy young “thanks to the impulse of movements like #MeToo.

“I had felt some disappointment lately because I thought that the impulse and enthusiasm that the feminist movement had when I was young, in the 60s, had become something like very bland,” said the Chilean.

“But then the #MeToo movement started, Black Lives Matter and street protests with women from all over the world protesting. That young energy came back into the movement,” she added.

Allende participated this Monday in an event just after the virtual premiere of the first episode of “Isabel”, a three-part series created by the Chilean network Mega and which in the US will be able to be seen from March 12 on the HBO platform. Max.

“Isabel” is part of HBO Max’s special programming for March, which in the US is the month dedicated to women’s history.

THE MEMORY OF PAULA

With Daniela Ramírez in the skin of Allende and the direction of Rodrigo Bazaes, “Isabel” explores the life of the famous writer paying special attention to the tragedy of her daughter Paula, who suffered from porphyria and who died when she was only 29 years old.

“Life changed for me after the death of my daughter,” said the writer about an experience that she also reflected in her book “Paula” (1994).

“I spent a year taking care of her since she was in a coma. It was a year of being still and in silence. There was nothing else to do but wait and reflect,” added Allende, who assured that, after the death of her daughter, she undertook a Inner journey that led him to concentrate on “what is essential” and ignore other things that are not important at all.

However, the series “Isabel” also talks about Allende’s literary beginnings and how feminism influenced her from a young age.

“As a child I was very angry particularly at male authority, and I grew up to be a very angry teenager. I think outrage controlled my life until I was able to channel it into action,” she explained.

“Feminism is perhaps the most important revolution of all time because it affects half of humanity. And each revolution begins with indignation and with a feeling that things are unfair and need to be changed,” he argued, defending that, to achieve a true transformation, before you must go through mistakes, dead ends and ups and downs in search of that change.

Back on the series, the writer ironized that she was worried about what her family would think when they saw their privacy exposed on the small screen.

And he also praised the work of Daniela Ramírez embodying her in the series, an interpretation that he said had moved him a lot.

“I felt like she caught my personality, the way I move and act and speak. But I wish I was as beautiful as her …” he joked.

“My reaction when I finished the series was a mixture of shame because I saw my life summarized in three episodes; of seeing myself exposed, but then I remembered that I am exposed all the time (with the books); and then moved. When I saw my daughter in the hospital I started crying again, “he said.

Finally, Allende reflected on love, another very important point in the series, and argued that it is something that, paradoxically, does not change much over time.

“People ask me what it is like to fall in love at 76 years old. Well, it is the same feeling as falling in love at 26 but with a sense of urgency since you have no time to waste,” he said.