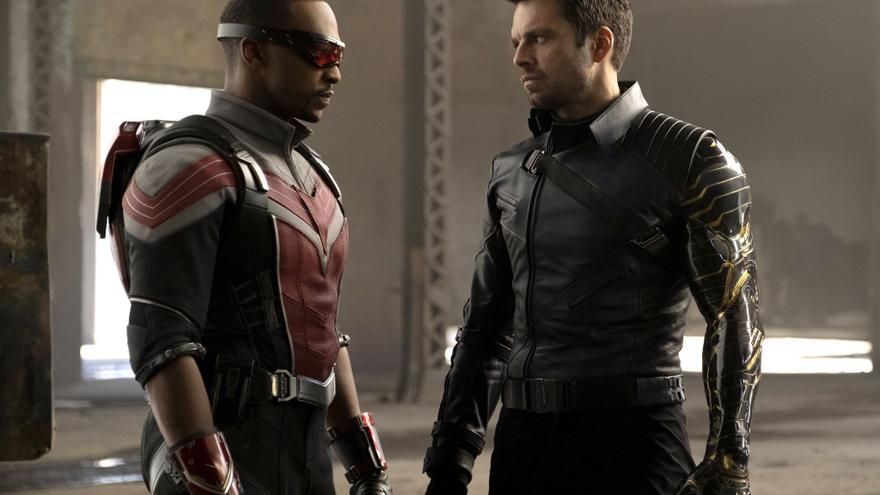 “I think that mourning is a great theme that always appears in these (Marvel) films and with these characters, because they deal with very extreme circumstances and it is impossible that there are no remnants of that,” Stan commented in a reduced meeting with the media attended by Efe.

“And in this series we are still feeling the effects of Iron Man being gone, of the ‘blip’ (Thanos annihilation of half of all living things), of Steve Rogers (Captain America) being gone. .. Our characters are affected by all that, “he added.

Stan clarified in this way that “Falcon and the Winter Soldier”, which premieres tomorrow on Disney + and which also has Emily VanCamp and Daniel Brühl in its cast, is situated within the convoluted timeline of the MCU (Marvel Cinematic Universe , in English) just after what happened in “Avengers: Endgame” (2019).

Thus, Falcon (Mackie) now has the Captain America shield, while Bucky (Stan) is still haunted by many ghosts from the past.

The Hollywood tradition of “buddy movies”, with two friends sharing adventures and misadventures against a backdrop of action and comedy, was a source of inspiration for “Falcon and the Winter Soldier.”

“We are a married couple who are no longer inspired by each other in the same way,” he continued wryly.

Already more seriously, although he did not stop laughing also to allude to “Mr. & Mrs. Smith” (2005), Mackie spoke of famous “buddy movies” from which they took certain elements such as “Lethal Weapon” (Mel Gibson and Danny Glover), “Bad Boys” (Will Smith and Martin Lawrence) or “48 hours” (Eddie Murphy and Nick Nolte).

“I think those three are the top of the movies we are talking about,” he said.

A BLACK SUPERHERO IN THE USA

The powerful image in “Avengers: Endgame” of Falcon, a black superhero, with the Captain America shield, little less than American patriotism embodied in a Marvel figure, is extended in “Falcon and the Winter Soldier” to continue the dialogue on racism in the US

Faced with Falcon’s identity and loyalty problems, Bucky’s figure is also one of the most tragic in the MCU because of a chilling past that does not stop haunting him and weighs him like a ton in every step he takes.

In this sense, Stan commented that the trauma of his character, mental health and psychological exploration will be key themes in the series.

“We now have six hours (for the six episodes of ‘Falcon and the Winter Soldier’), versus two hours for a movie, to immerse ourselves in these characters and deal with their problems in a much more profound way,” Stan said.

“Before (with the tapes) you understood his problems, but it was complicated in a film with so many characters and in just two hours to get to the point of the issue. In this series, Bucky’s arc is very much based on facing that and learning from it “, he assured.

Terelu Campos announces a lawsuit against this controversial collaborator