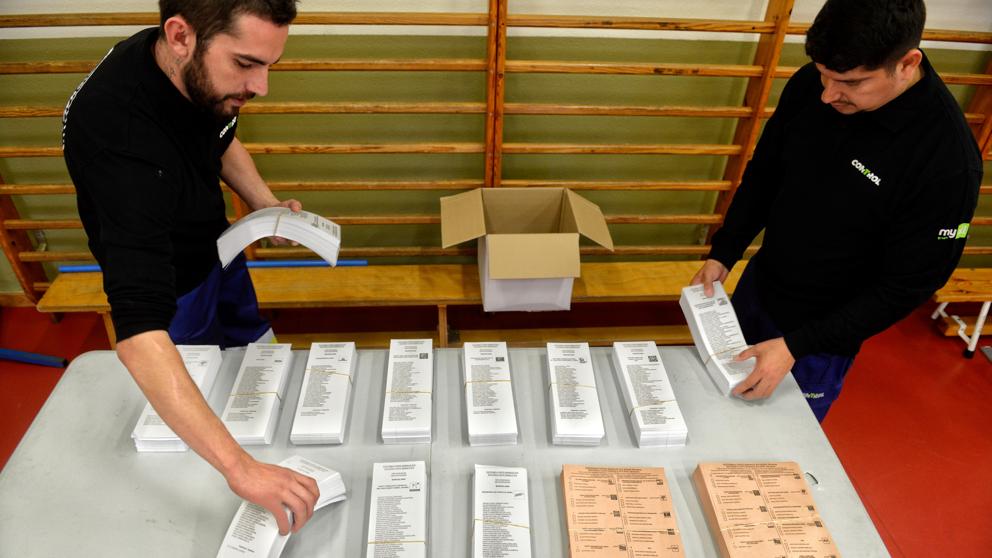 When going to vote it is important not to be wrong with the ballots, because the vote could be considered null. He article 96 of the Organic Law of the General Electoral System warns that they will be considered invalid the votes cast “in an envelope or ballot different from the official model, as well as the one cast in a ballot without an envelope or in an envelope containing more than one ballot of a different candidacy”.

In addition, the rule details other cases in which the votes will be annulled as is the case with “the votes cast on ballots in which they were modified, added or crossed out names of candidates included in them or altered their placement order, as well as those in which any legend or expression had been introduced, or produced any other voluntary or intentional alteration ”.

In the elections to the Senate, where the voters have to indicate with a cross the senators for whom they vote, “the votes cast on ballots in which more than three names in the provincial constituencies, of two in island districts of Gran Canaria, Mallorca and Tenerife and in the towns of Ceuta and Melilla, and one in the rest of the island districts ”.

Finally, the aforementioned article of the electoral law states that “they will be null the votes contained in an envelope in which any kind of disturbance of those indicated in the previous paragraphs ”. In addition, "it is considered a blank vote, but valid, the envelope that does not contain ballot and, in addition, in the elections for the Senate, the ballots that contain no indication in favor of any of the candidates."

JxCat will meet in the Parlament after the announcement of Torra