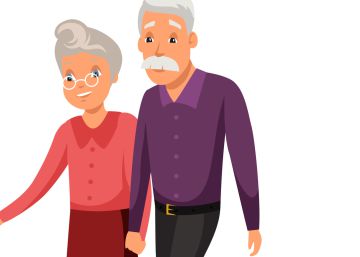 The Social Security System It is intended to protect Spaniards and foreigners who reside and carry out their activity in Spain against contingencies that they may suffer throughout their professional careers. This includes retirement when the worker reaches retirement age. This is a protective action of a public nature based on the principles of universality, unity, solidarity and equality.

Along with this type of protection, there are additional protection formulas to that offered by Social Security. We are talking about social security systems, whose mission is to complement the guarantees offered by the public system. Elvira Cano and Jesús Vidán, labor lawyers at the prestigious firm LABE Lawyers, they explain to us what these consist of social security systems from a legal point of view.

What are social security systems?

A social security system is the set of legal instruments aimed at meeting the needs of a worker. That is, to respond to professional and non-professional contingencies that you may suffer throughout your career; including cessation of activity due to retirement. The objective, according to the professionals of the Labe office, is to improve the economic and social position of the worker, protecting him from situations of poverty, illness, inability to work or old age.

Unlike the protection provided by the public system of the Social Security, social security systems are private and voluntary. That is, it requires individual contributions made directly by the worker himself or through his company.

At the company level, the recognition of social security rights by the company with respect to its workers is frequent. In this way, this figure works as an instrument that allows to improve the social and economic situation of the worker, at the same time that it strengthens his satisfaction with the company. In this sense, it is important to point out that the contributions made in the concept of social security can be applied a reduction on the general tax base in personal income tax.

How can we protect ourselves against possible contingencies or anticipate our retirement?

In essence, there are five social security mechanisms:

The pension plans Their objective is to create savings for the worker that they can have at the time of their retirement. It is based on the periodic or punctual integration of contributions to the worker’s fund, who will be able to redeem the income generated at the time of his retirement.

In the same spirit as pension plans, insurance plans they constitute an insurance specifically designed for savings aimed at retirement. By virtue of this mechanism, the worker can progressively accumulate a capital that he will receive at the time of his retirement, obtaining in the process a return on the amount saved.

The mutual benefit societies, for their part, are insurance entities that exercise a voluntary insurance modality complementary to the compulsory Social Security system, through contributions to a fixed or variable premium from mutualists, natural or legal persons, or from other entities or protective persons.

When the company takes care of its workers: business social security plan

The business social security plan It is a naturally instrumentalized figure in the environment of many of the client companies of LABE. It is, in essence, a right recognized by the company for all its workers.

Specifically, this mechanism allows corporations to articulate pension commitments with their employees in the same sense as in an individual pension plan signed by the worker. However, this figure also contemplates the possibility of financially protecting the worker against the contingencies of permanent disability, severe disability or death.

It is an instrument of direct periodic or one-time economic contribution with an interest rate, signed at the initiative of the company; who normally makes the contributions, although they can also be supplemented by the worker himself.

With all this, social security systems allow complementing the umbrella of the Social Security, expanding worker protection against eventual contingencies and retirement. In sum, they constitute not only an interesting tool to reward workers for their tax benefits, but also an interesting mechanism to strengthen their commitment to the mission of the company.

LABE Abogados has a Labor Department oriented to provide solutions to companies of all sectors and sizes. Its highly specialized multidisciplinary team is focused on the administration and management of personnel, as well as business representation in legal proceedings.