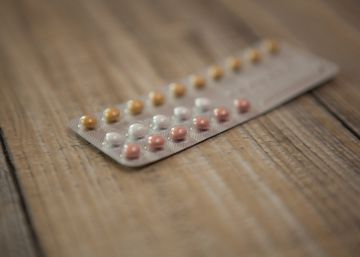 Libido can decrease during menopause but that does not always happen and, in addition, libido can also decrease in men and they do not have menopause. In summary, the disappearance or decrease of libido may be related to multiple factors that, in the case of women, sometimes include menopause. If we talk about men, they do not have menopause but what has been called "andropause." In that period, the hormonal fall in men is more gradual, contrary to what occurs in menopause that is more abrupt. But let's go slowly to understand what that is what we call libido and what happens to it throughout our lives.

Libido is sexual desire. According to the classic description, a sexual relationship begins with sexual desire (or libido) and continues with arousal, orgasm and resolution. Those are the four standard phases. But reality has shown us that not all women and men present it that way. Sexuality is much more complex than that description. Although it is also true that this description can serve as a guide or scheme of what is a common sexual relationship.

But to start, we must know that libido does not have to be always present in sexual relations and its presence, absence or decrease is related to many factors, in addition to the hormonal that is the one that would relate it to menopause.

There are times when both women and men have a decrease or disappearance of libido. This may be related, for example, to the relationship, culture, religion, a possible state of anxiety or stress, if suddenly there is less intimacy. It can also be related to physical aspects such as some diseases. In the case of menopause, what happens is that sometimes during this period, the decrease in hormones causes changes in the anatomy, such as vaginal dryness, for example. That is to say, an upset appears that can in turn cause sexual desire to diminish or disappear.

It is known that the decrease in male hormones in women during menopause is not related to the loss of libido but instead treatment with male hormones, testosterone and derivatives, in menopausal women does improve sexual function, so we deduce that Some paper does.

We must also consider that libido does not have to be always present. It has been described that when you have a stable partner, sexual desire disappears a little, but thanks to other stimuli, other than libido, excitement can appear and orgasm can be reached. It has also been observed that the desire decreases with age and with the time spent with the couple and, of course with other factors, work, family stress, children at home … there are many associated factors.

The disappearance of libido or sexual desire is described within the disorders, it is known as hypoactive sexual desire and consists of a decrease or absence of desire, provided it existed before. And this is key when talking about sex, we must start from the fact that there are different ways of living sexuality. In the case of libido, which has been described does not mean that it must always be present in all sexual relations. The problem comes when it existed and disappears or decreases and that is inconvenient for the person to whom it happens. And it is important to keep in mind that only the disorder that is experienced as a problem for the person to whom it happens is considered a sexual disorder. There are people who are not inconvenient and so it is not considered a disorder. But it is estimated that they suffer from up to 40% of women.

For cases in which the person who suffers does feel it as a problem there are treatments. It has been seen that the most effective is sexual and couple therapy and as a last resort, due to its side effects, hormonal drug treatments. But the first is the identification of the cause, because many times the disappearance or decrease of sexual desire is for an identifiable reason, such as the consumption of certain drugs such as antidepressants or, sometimes, although not fully demonstrated, the use of hormonal contraceptives

Olga Ocón Hernández She is a medical specialist in Obstetrics and Gynecology, a doctor of Medicine and Surgery from the University of Granada, and a gynecologist at the San Cecilio University Hospital.

We respond It is a weekly scientific office, sponsored by the Dr. Antoni Esteve Foundation, which answers readers' questions about science and technology. They are scientists and technologists, partners of AMIT (Association of Women Researchers and Technologists), the ones that answer those questions. Send your questions to us@response@gmail.com or via Twitter #nosotrasrespondemos.