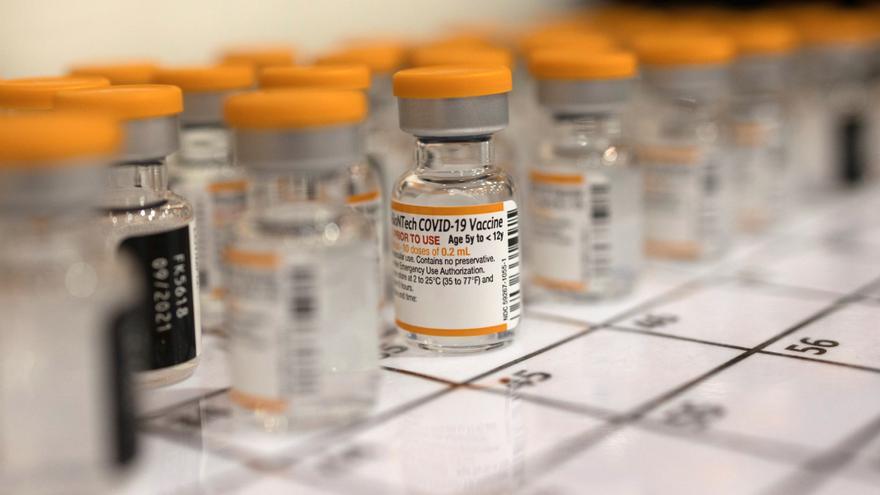 In the first direct comparison of the efficacy of vaccines against the covid of Pfizer-BioNTech and Modern, the researchers examined the electronic medical records of North American veterans who had received each of the vaccines. Both were very effective in preventing COVID outcomes such as documented infection, hospitalization, and death. However, the Moderna vaccine was found to offer a higher level of protection, including a 21% lower risk of documented infection and 41% lower risk of hospitalization. New England Journal of Medicine'.

"Both vaccines are incredibly effective, with only rare cases of rupture --explains Dr.JP Casas, a member of the research team made up of experts from the United States Department of Veterans Affairs (GOES), Harvard TH Chan School of Public Health and Brigham and Women's Hospital--. But regardless of the predominant strain -Alpha before and Delta after-, Moderna proved to be slightly more effective".

The researchers designed their study of comparative effectiveness in addressing the issue, until now without an answer, of which of the two mRNA vaccines is more effective. Efficacy was measured in terms of five COVID-related outcomes: documented COVID-19, symptomatic illness, hospitalization, ICU admission, and death. The researchers relied on the electronic medical records of the U.S. veterans who received one of the two vaccines against covid between the beginning of January 2021 and mid-May 2021.

As initially designed, the research focused on the alpha variant that was predominant at the time. The study matched 219,842 recipients of the Pfizer vaccine with the same number of recipients of the Moderna vaccine. The two groups were matched based on a number of clinical and demographic factors that could affect the results.

Randomized trials comparing mRNA vaccines with placebos had previously shown that both vaccines were highly effective against symptomatic infection by covid (95% effective for Pfizer-BioNTech, 94% for Moderna), and similar benefits were seen in real-world use of the vaccine.

"Given the high efficacy of the Moderna and Pfizer vaccines, confirmed by our study, either of them is recommended to anyone who is offered a choice between the two," said study first author Dr. Barbra A. Dickerman, an epidemiology instructor at the Harvard TH Chan School of Public Health. However, although the estimated efficacy differences were small on an absolute scale, they may be significant considering the large population scale to which these vaccines are applied. This information can be useful for the broader decision-making bodies. "

The VA's extensive system of records, which covers millions of patients nationwide, allowed a very large sample size. This, in turn, allowed the study to even identify small differences in efficacy between Pfizer and Moderna vaccines. The researchers used a known methodology as a causal inference to reflect as closely as possible a randomized trial, the gold standard in health research. Causal inference is a type of data analysis that helps researchers draw firm conclusions about cause and effect.

Causal inference experts on the research team include Dickerman and the Dr. Miguel A. Hernán, professor of biostatistics and epidemiology of the Harvard School of Public Health and director of the school's CAUSAL laboratory. Dickerman, Hernán and Casas co-direct the VA-CAUSAL Methods Nucleus, a partnership between VA and Harvard focused on the development of new methods of causal inference in research.

One of the main challenges of this research was to ensure that the vaccine groups under study were comparable with respect to attributes, other than the vaccine received, that could predict infection or severity of disease. VA databases allowed researchers to accurately characterize recipients of each vaccine type and match them closely for age, sex, race, geographic location, and other attributes that could affect COVID-related results.