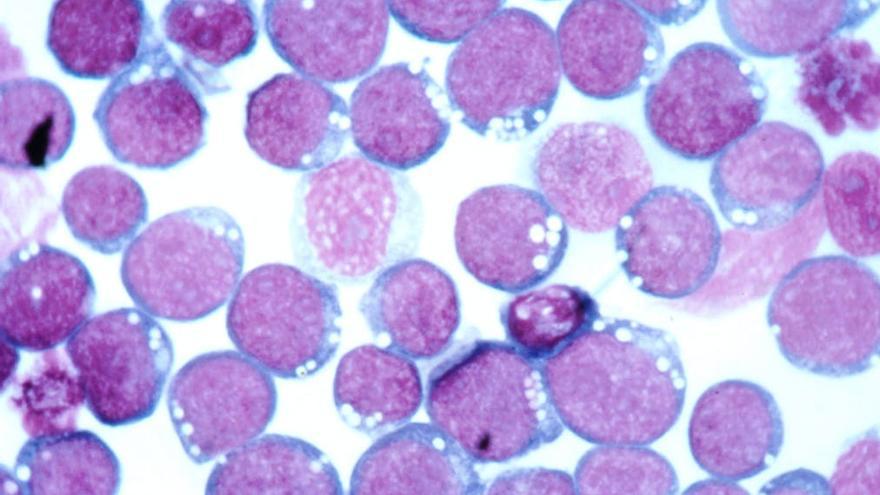 Rarely do articles published in scientific journals make the leap to the general press. Of the more than three million research manuscripts published each year, very few capture the interest of the non-specialized reader.

But recently it has happened again. A study published in the magazine Science he has achieved it. It has been thanks to the high relationship that the authors have found between the risk of suffering from multiple sclerosis (MS) and the fact of being a carrier of a human herpesvirus called Epstein-Barr virus (EBV). Let us remember that this is responsible for mononucleosis (popularly known as the "kissing disease", since it is transmitted by saliva).

This possible connection has long been suspected. But now this publication, led by researchers at Harvard University, has quantified the link.

What scientists have been able to observe is that, after infection with EBV, the risk of suffering from MS increased by 32. This is one illness devastating that is due to the loss of a protective covering called myelin in the cells of the central nervous system (brain and spinal cord).

What does the recent study tell us?

The analyzes have been carried out among more than 10 million members of the US military, from whom various samples were taken over twenty years.

Of all of them, about half a million were negative for EBV when the study began, and of these, 35 developed multiple sclerosis after being infected during the study period.

Hundreds of other people, who were already positive for EBV when the project began, also developed the disease. Overall, of more than 800 individuals with multiple sclerosis, only one had not been infected with EBV.

In addition to studying this virus, the possibility that the "culprit" was another was studied. For this, antibodies against cytomegalovirus –which is also transmitted through saliva, such as EBV– and other herpesviruses were measured. But they found no difference between those who ended up with MS and those who didn't.

Finally, by analyzing a protein whose levels increase when there is neuronal damage, they also ruled out that MS occurred before EBV infection.

With all this, they were able to conclude that the risk of suffering from the disease multiplied by 32 after infection by Epstein-Barr, suggesting that the virus is the main cause of multiple sclerosis.

To confirm this, one more step is necessary.

Despite the strength of the data, we must be cautious. Because it is easy to fall into euphoria. But, strictly speaking, to affirm that this is the cause, it would be necessary to show that EBV prevention prevents MS. That is, if the virus was really responsible, preventing the infection should end the disease. And this has not yet been proven.

In addition, we also need to understand the mechanism by which EBV causes the disease. It is probably mediated by something called molecular mimicry and that usually appears in autoimmune diseases, due to the structural resemblance between some proteins of the virus and proteins of the nervous system.

On the other hand, it is important to note that, although everything indicates that the presence of the virus is necessary for the disease to appear, it is not a sufficient circumstance.

In fact, according to official figures, around 95% of the adult population has been infected with EBV at some point in their lives. On many occasions, even without being aware of it.

After infection, the virus remains dormant forever in the B lymphocytes of those who suffer from it, becoming a carrier for life. However, only one in 3,000 people lives with multiple sclerosis. So it is clear that other elements must be present for the disease to appear.

For decades it has been argued that the cause of MS was unknown. But, if the hypothesis of this study is confirmed, the way of looking at the disease would change radically. From now on, MS should be considered as a complication of the infection caused by EBV.

This has some important considerations for both prevention and, above all, treatment of the disease. In this sense, it should be noted that for a few years they have been using, with very good results, monoclonal antibodies to treat the sick.

These antibodies have the mission of attacking the B cells, which are the origin of the damage to the cells of the brain and spinal cord. Well, from now on it might make sense to refine the technique to specifically target EBV-infected B cells.

And the other strategy to consider involves the development of a vaccine against EBV, something in which He is already working the Moderna pharmaceutical company, the same company that has recently created a messenger RNA vaccine against covid-19.

Right now, the procedure with this vaccine is in the trial phase in humans and perhaps the current results will accelerate the development of this line of work to prevent infectious mononucleosis.

In any case, both options, for the moment, are no more than conjecture. Conjectures supported by some spectacular data, it is true, but only that, conjectures.

I hope everything is confirmed. Because, in that case, perhaps a new hope will open up in the search for the origin of other neurodegenerative diseases whose cause remains unknown, such as Parkinson's disease, Alzheimer's disease or amyotrophic lateral sclerosis. (THE A).

This article was originally published on The Conversation. read the original.