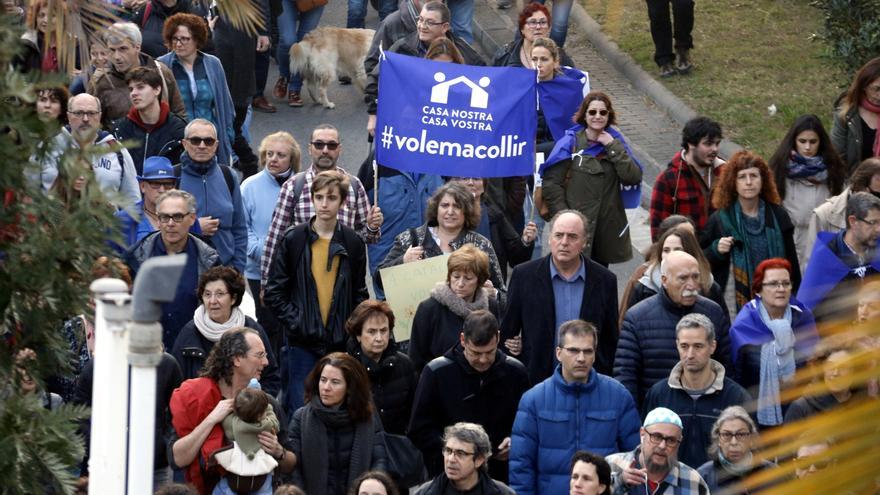 In Catalonia there is a strong division of opinions on the territorial issue, but society is far from fractured. This is the main conclusion of a study prepared by the International Catalan Institute for Peace, which has conducted a survey with 2,010 polls, on the political and emotional polarization around different topics of public debate. The results, which the director of the institution, Kristian Herbolzheimer, announced this Wednesday, are more optimistic than could be expected a priori, since 67% of Catalans consider that coexistence in society is good or very good, and they show an index of trust in citizenship of 5.9, better than that of the whole of Spain (5.6) and than the European median (5.5).

Despite the fact that in general the data from the survey show an acceptable degree of cohesion in Catalan society, there is also a high degree of division regarding the territorial issue. 44% of those surveyed are at one of the two extremes of the debate, and only 17% feel comfortable in intermediate positions, which draws two hard blocks that are not very permeable. This polarization is also reinforced by the perception of hostility on the part of the opponents. Up to 46% of those surveyed feel attacked by institutions, be they Catalan or Spanish, and only 19% affirm that they have not felt attacked at all.

This feeling of hostility, however, is not transferred to the immediate environment, since the percentage of people who say they have felt attacked by their family (10%), at work (13%) or in the environment of their friends is very minor. (16%). The idea of ​​families broken by political debate is more part of the discourses of the parties than of the public perception.

In fact, most of the polls, above 40%, blame the polarization on political parties and the media, much more than on society as a whole, which only sees 11% divided. The conclusion of the study is that in public debate there is a tendency to give more space and representations to hurt or extreme voices, which makes it seem that the public debate is more polarized than society really is.

“We cannot speak of a fracture between two communities that do not interact, as we could in the US. In Catalonia there is polarization on the territorial debate but there is dialogue on most of the issues”, explained Kristian Herbolzheimer. According to the director of the International Catalan Institute for Peace, ideological polarization “does not necessarily translate into emotional polarization” and, in the specific case of Catalonia, the study shows that it is not those who defend some ideas more vehemently who necessarily they are more disrespectful to people who think differently.

“Now, it is true that in the territorial conflict there is an emotional polarization, mainly about those people who feel that their culture or their way of life is threatened”, Herbolzheimer clarifies. However, despite the wounds surrounding the territorial debate, for the authors of the study, Catalan society is not fractured because there are cross-cutting issues and in which social dialogue works.

Even on the issue that most divides society, such as the territorial debate, the prospects for solving it tend to bet on cohesion. Up to 79% of Catalans consider that there should be political dialogue and 50% even understand that this dialogue should not be restricted to the framework of the Constitution, but may go beyond it. However, society is not very optimistic about the results of this dialogue, and up to a third of those surveyed believe that it is unlikely that the dialogue will end up channeling solutions.

Finally, as a note that may be surprising but that affects the idea of ​​less social polarization than that perceived, the study shows that there is a certain level of self-criticism both among the independentists against the Catalan Government and non-independentists against the Government central. And not because they have been a little harsh, but on the contrary, because they have made certain actions that have been counterproductive for the understanding with the other side. “To the extent that there is a certain degree of self-criticism towards the governments of reference, there is a certain margin that allows improvement in the dialogue”, celebrates Herbolzheimer.