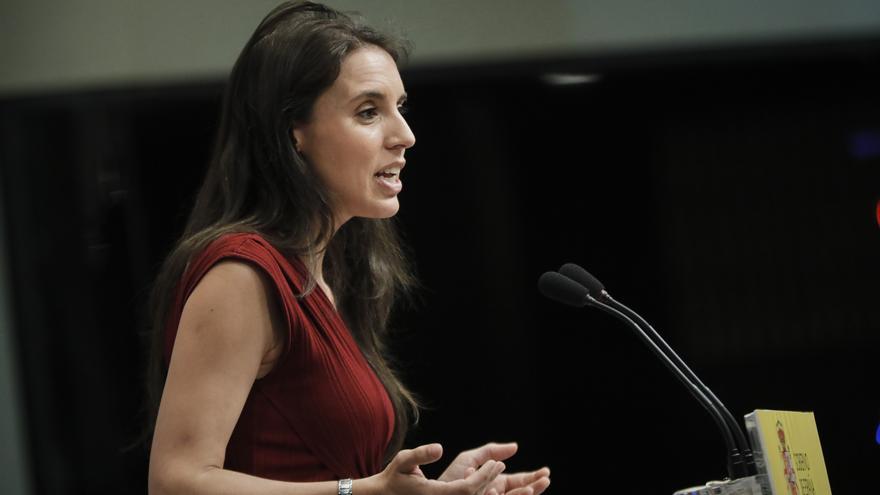 The Minister of Equality, Irene Montero, has reproached this Tuesday that the first vice president of the Government, Carmen Calvo, has negotiated the departure of Juan Carlos de Borbón from the country, announced yesterday by the Royal Household. In a interview on Cadena SER, the leader of Unidas Podemos has assured that his formation ignored both the negotiations and the announcement that was made this Monday.

Montero has avoided ruling on whether he considers the way of acting of the PSOE to be “disloyalty”, with whom United We Can Share Government since January. The minister has maintained that this is something that will have to be discussed “within” the Executive.

Nor has Montero endorsed the official reactions released yesterday by the Moncloa and in which the Government Presidency showed its “respect” for the decision of Juan Carlos de Borbón, which “strengthens the institution and allows the constitutional work of King Felipe VI”.

“It is not a government decision,” Montero said, regarding these official reactions. The minister has indicated that it has not been discussed within the coalition Executive. “I respect the decision that the PSOE can take from Moncloa,” he concluded.

Regarding the decision taken by Juan Carlos de Borbón and endorsed by Felipe VI, Montero has concluded that “the flight” of the king emeritus “is an unworthy attitude coming from a head of state. He tries to evade the action of justice. People do not want more impunity. ” The leader of Unidas Podemos has added that “he should be held accountable to his people and the justice of the country he has represented” and, unlike that defended by the PSOE, has considered that “it leaves the monarchy in a compromised and delicate position ”

“It does not protect” the institution, he insisted. “Quite the contrary. It leaves the monarchy very compromised. No one separates the actions of Juan Carlos I from his position as monarch and therefore from his family. The institution is inherited, the king’s decisions are impossible to separate from his family,” ditch. Asked if she has doubts about the “integrity” of Felipe VI, she has said that she does not.

Nobody at the wheel in Madrid, but the first thing is to know where the wheel is