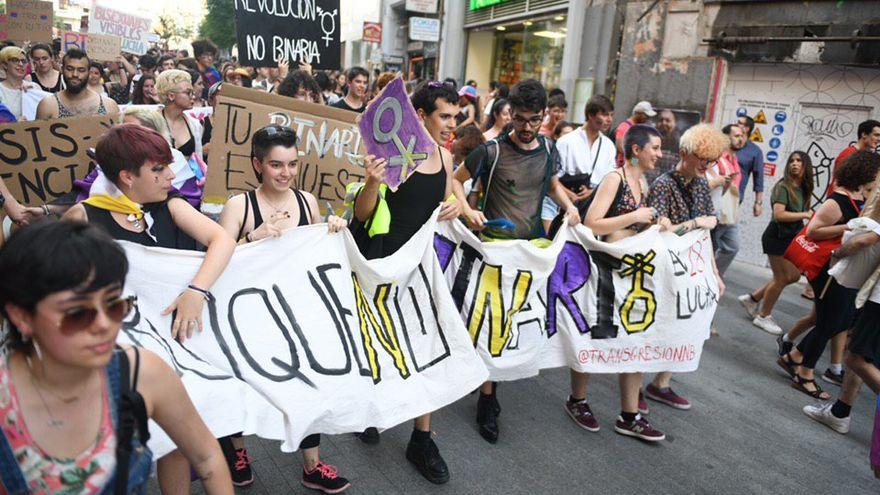 The Minister of Equality, Irene Montero, has affirmed this Tuesday in the Senate that the Trans Law has received 60,000 contributions during the public consultation opened by the Ministry until November 18, “96% of them supportive.” It has done so in response to a question about the Government’s legislative steps to guarantee the rights of the collective. In his speech, Montero has promised to “depathologize trans realities”, that is, to recognize the so-called gender self-determination: “This year is the year that they will see their rights recognized in the law,” he said.

The rule, which is the subject of intense debate within the feminist movement, has been subject to public consultation since October 30 with the aim of gathering the opinion of the population, organizations and associations before the project is drawn up. During this period, trans people and groups encouraged on social networks to send their samples of support for the law through the e-mail enabled for this purpose by the General Directorate of Sexual Diversity and LGTBI Rights of the Ministry. For their part, feminist groups that oppose the rule, grouped under the platform Against the Erasure of Women, also encouraged to send their contributions against it.

As the Ministry of Equality has detailed after Montero’s intervention in a press release, of the 60,957 emails received in the mailbox enabled for consultation, 58,993 have been supportive, 1,386 have rejected it, and 578 have been invalid.

Changes in the law

The Law for Full and Effective Equality of Trans People plans to promote the depathologization of transsexuality and gender self-determination, which implies eliminating the medical requirements that the State requires of these people to modify their sex in the Civil Registry. The current law, the Gender Identity Act of 2007, obliges trans people to have a psychological report that diagnoses them “gender dysphoria” and to have spent at least two years on hormone therapy to change their registration mention. In addition, it excludes minors, something which the Constitutional Court has declared unconstitutional, and to foreigners without Spanish nationality. Nine autonomous communities have exceeded this framework and in recent years have been approving regulations that eliminate these requirements for the areas of their competence.

In the opinion of the department headed by Irene Montero, the 2007 law was “a substantial advance”, but it considers necessary a state framework that “is equated with international standards.” In this sense, “the international organizations for the protection of human rights have expressed themselves on the need to overcome the conception of transsexuality as a disease or disorder, and to achieve the depathologization of trans identities,” adds the Ministry in the information. empowered citizens for public consultation. But, in addition, the law plans to include measures in other areas – health, education … – with the aim of combating transphobia that they continue to face: according to a recent survey From the EU Agency for Fundamental Rights (FRA), 63% of trans people in Spain have felt discriminated against in the last year.

The norm, which is part, together with the LGTBI and the Equality of Treatment, of the legislative package against discrimination that the PSOE and Unidas Podemos promised to promote in their agreement for the coalition government, has unleashed a deep debate in the bosom of feminism. For one part, it is a necessary norm to guarantee equality and non-discrimination of trans people, another considers that the right to free self-determination of gender would cause the “erasure” of women and that these laws come to introduce in the legal system ‘queer theory’.

In this sense, organizations grouped in platforms such as Against the Erasure of Women or the Feminist Movement Confluence fight to paralyze the project because they affirm that authorizing trans people to modify their sex without medical requirements implies the “loss of protection of the specific rights against oppression for reasons of sex “. The tension is also present in the political sphere and in the Government itself, which was evident last June, when it was made public an internal argument of the PSOE, signed by some senior officials and supporting similar reasons for opposing the rule.