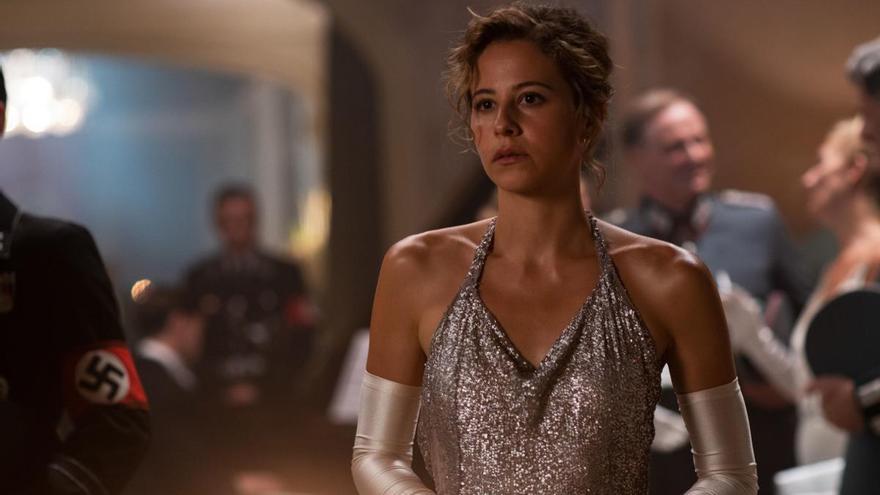 Up on a stage since I was 9 years old, Irene Escolar returns to television after a time focused on cinema and theater to embark on 'Tell me who I am', a journey that has been like a "master's degree" for the actress: "I've learned to count through the camera", he has told Efe.

Irene Escolar (Madrid, 1988) received a few years ago, in 2016, the Goya Award for Most Promising Actress for the film 'An Autumn Without Berlin'. That same year, the EFE Agency held the second edition of the EFE Culture Awards where, coincidentally, Escolar and the writer Julia Navarro were recognized for their works in interpretation and literature, respectively.

From that absolute and precious chance the first connection between Escolar and Navarro would be established, where the writer already saw the actress as her Amelia Garayoa: "Julia approached me and said 'I have this novel,' Tell me who I am ', I would like send it to you because If one day this adapts, I have always had you in mind as Amelia'", the actress told EFE in an interview.

The actress, belonging to one of the most important theatrical sagas in the country, the Gutiérrez-Caba, had already fascinated the critics with his Juana I de Castilla in the series 'Isabel' as well as in his different works on the stage, but, nevertheless, he has recognized that after reading the novel he never imagined that this "dream" of being Amelia Garayoa would materialize.

"I finished the novel and the first thing I thought was 'How precious that Julia has me in mind but what good time Natalie Portman or Keira Knightley is going to have a good time when someone in the United States decides to put together that story'", said the actress . "I never thought - he added - that it would materialize because I always thought it was too big. "

"That you fall for such a project, a dream in which you have to cover the 50 years of a woman's life, going through the entire history of Europe, with so much travel, many nuances and a lot of work and challenges ahead it seems almost impossible to me, "added the actress.

Julia Navarro always imagined Irene Escolar as the Amelia Garayoa of the screen, as the writer has also told Efe in an interview, and that wish ended up being fulfilled, something that has made the actress face the project from the "gratitude". "This is how I have coped with filming, from that place of passion and gratitude for an opportunity so until now it had not reached me, "said the actress, for whom the previous work to build the character was" very demanding. "

"Have been three months of preparation before filming begins, the script work, the acting dramaturgy work (€), many essays with Eduard (Cortés) and the actors to 'everyday' the language and a lot of documentation work on my part ", he points out.

The actress has said that spent a lot of time reading biographies of "women who survived the gulags - Prison camps of the former Soviet Union- ", books related to Nazism, as well as the biography of María Teresa León, Rafael Alberti's wife," Memory of melancholy "for the woman's reference" so similar to Amelia al start of the series ".

He recalled a conversation "specifically" with Julia Navarro, where the writer gave him the "keys, quite intimate" of Amelia as well as the "field work" with the director, Eduard Cortés, with whom he spent hours and hours talking.

In the series the actress manages up to five languages -Spanish, French, English, Russian and German-, something "very fun" for her, who studied philology, but the real challenge was to travel through so many eras and throughout 50 years of a woman's life that are filmed in such a way not chronological. "One morning you do a chapter that she is 20 years old and in the afternoon another in which she is 40. Or you have very clear what exactly has happened to her at each moment and very clear from the inside how to travel it or that becomes impossible, "the actress acknowledged.

It is interesting, on the other hand, to discover that Schoolgirl memorized "the nine chapters as if they were a play", that the filming was carried out in "eight months shooting every day" and that, thanks to that, the actress learned to relate "with the camera in a different way". "Your relationship with the camera ends up being a kind of friendship. I have learned a lot from being on set, I have learned to count through the camera. It has been a kind of master and I think it is very difficult for you to touch something like that, "he concluded.

Tags: I have, Irene, learned, school, Tell me