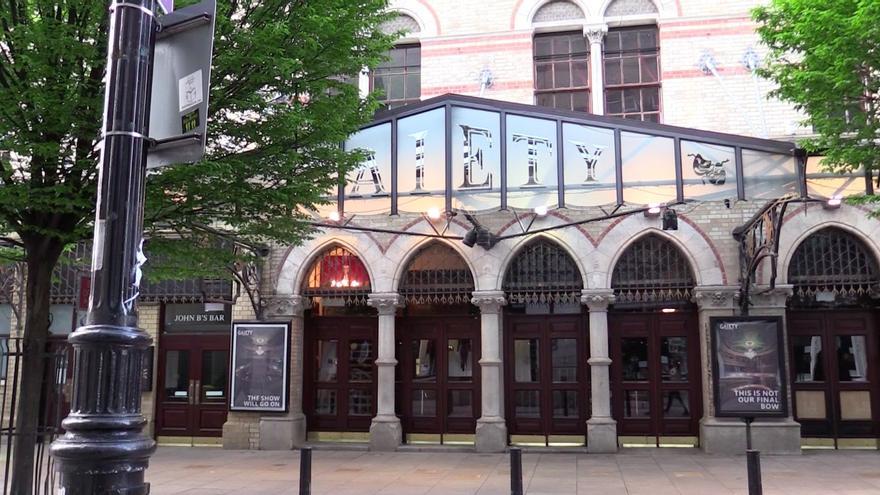 London, May 17 (EFE) .- Seven victories make Ireland the most successful country in the Eurovision Song Contest, but its golden age is long gone, as it left the Olympus of the contest 25 years ago, with its last triumph until the date, and continued in decline until obtaining in 2019 the worst result in its history.

Following the iconic four-way tie at Madrid’s Teatro Real at Eurovision 1969, the Netherlands hosted the festival the following year. It was Ireland’s fifth appearance, sending young Dana Scallon to Amsterdam, and she scored the first victory for the Emerald Isle with “All Kinds Of Everything.”

Dublin was established in 1971 as the quintessential Eurovision capital, a title it retains even half a century later. The Gaiety Theater made its debut in the Irish capital, in an edition in which Spain won silver with Karina and “En un mundo nuevo”.

A decade later, the legend of “Eirevisión” had its own name: that of Johnny Logan, popularly known as “Mister Eurovision” for being the only person in the world who has managed to win the contest twice (1980, 1987) as a representative, and one as a composer (1992).

As if it were a premonition, Logan won with “What’s Another Year” (What is another year?), And seven later, fell in love with the European public with “Hold Me Now”.

When Logan won in Eurovision 1980, the Irish singer Niamh Kavanagh was 12 years old and remembers in an interview with Efe as “exceptional” the moment of the triumph of the Irishman at the festival, although she did not imagine that he would follow in his footsteps years later.

The Simmoncourt Pavilion of the Royal Dublin Society was the Irish home of Eurovision after Logan’s two victories in the 1980s. It was home to Celine Dion’s victory for Switzerland in 1988 with “Ne Partez Pas Sans Moi”, the last song in French to win the European festival to date.

Five years later, Linda Martin won in 1992 with “Why Me?”, And the golden age of Ireland in Eurovision began. A year later, the festival was held for the first and only time outside of Dublin: in Millstreet, a town of 1,500 people in the southwest of Ireland.

It was thanks to businessman Noel C. Duggan, who literally moved heaven and earth to get his equestrian venue, the Gleen Glens Arena, to host Eurovision. That night Niamh Kavanagh and Ireland won for the second year in a row and with the last vote, thanks to “In Your Eyes”.

Since then, the festival has become “personal” for Kavanagh, who admits that once you participate in it, it is “impossible to leave”.

“Eurovision means many things, but basically it is like family to me: I do not live with them, but I love visiting them,” he adds.

His favorite song in Eurovision is precisely his successor: “Rock N´Roll Kids”, which obtained a third consecutive win in 1994 at the Point Theater, now renamed ‘3Arena’, which he repeated as the venue two more times.

The Norwegian Secret Garden broke the streak with “Nocturne” and took the festival to Oslo in 1996. But the Irish took their revenge, and with Eimear Quinn and “The Voice”, they obtained their seventh and final victory there.

FROM OLYMPUS, TO EUROVISIVE HELL

Kavanagh also returned to the Norwegian capital as a representative in 2010, and although “she did not shine in the final” with “It’s For You”, she assures that it was “very nice to return as a former winner” and meet the Eurofans.

In the last decade, Ireland’s best record is eighth in the final for Jedward and his flamboyant “Lipstick”. Their positions have worsened over the years, to the point of finishing last in their semi-final in 2019, the worst result in their Eurovision history.

According to Kavanagh, Ireland is “behind” the rest, and has forgotten its great asset: its strong musical tradition.

“We have to stop thinking about what is going to win, and focus on what we want to send,” she asserts “embarrassed” by candidacies such as Turkey Dustin in 2008, the same edition in which Spain sent Rodolfo Chikiliquatre.

Eurovision has evolved into a bizarre show, but the Irishwoman continues to believe in “someone who comes, and just sings”, as well as the visibility that gives artists to sing for three minutes in front of 300 million viewers.

In 2021 they return to the Netherlands, the talisman nation where they got their first gold. In Rotterdam they will seek the opportunity to put Ireland again, with Lesley Roy’s “Maps”, on the path to the rebirth of the Emerald Isle at Eurovision, after 25 years of misfortune.