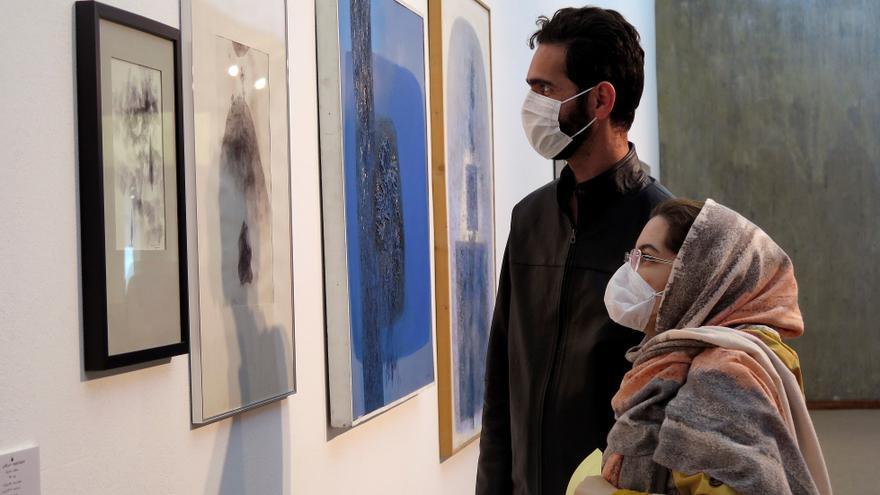 Tehran, Apr 5 (EFE) .- With works by Picasso, Miró, Bacon, Gauguin, Rothko or Kandinsky, the Museum of Contemporary Art in Tehran boasts the best collection of modern western art from the East, although it is not without controversy due to its acquisition before the Islamic Revolution.

The museum has recently reopened its doors to the public after almost two years closed for restoration. In this time, the facilities have been modernized, including its basements, which keep the most important treasures.

Hasan Noferestí, director of public relations, assures Efe that it is "one of the ten most prominent contemporary art museums in the world as it contains works by Iranian, European and American artists of different styles."

Half of the more than 4,000 works in the museum belong in fact to Western authors and, according to the person in charge, "were mostly bought before the revolution" by the "empress" of Iran, Farah Diba, and who has criticized on numerous occasions the management of that heritage.

TEMPORALITY IN A LIMITED SPACE

And it is that visitors who hope to delight in "Open Window on Penthièvre Street" (1920), by Pablo Picasso; "Tensions Claires" (1937), by Wassily Kandinsky; or "Still Life with Japanese Print" (1889), by Paul Gauguin, they will be disappointed.

These works are not permanently in public view, only temporarily when they are selected for exhibitions. In the rooms of the museum, whose architecture mixes modernity and tradition, inspired by the adobe houses of the Iranian desert, there is capacity to exhibit only between 200 and 250 works.

"We have many very prominent and famous works and, in case we wanted to exhibit those permanently, there would no longer be space for the rest," justifies Noferestí, who also defends that the maintenance in the treasury is "much better."

The only ones always on display are a pool that contains about 5,000 liters of car oil, "Matter and mind" (1977) by Japanese Noriyuki Haraguchi, and the around fourteen sculptures placed in the museum's garden and courtyards, including one of Eduardo Chillida: "Estela a Pablo Neruda" (1974).

This policy of temporary exhibitions of the collection has probably fueled claims by Farah Diba that the Western works she acquired are "hidden" in the museum's cellars, especially in the first decades after the revolution.

THE WORKS ARE NOT HIDDEN

The last wife of Shah Mohamad Reza Pahlaví, who currently resides in Paris, opened the Museum of Contemporary Art in Tehran in 1977, just two years before the triumph of the Islamic Revolution, to accommodate her large collection of modern Western art.

The most important painting bought by Farah Diba is "Mural on Indian Red Ground" (1950) by Jackson Pollock, considered one of the best by the American artist and which was not released until 2005 in the museum in the Iranian capital.

Since then, this oil painting has been exhibited in Tehran "five or six times" and was loaned to Japan for an exhibition in 2012, says the museum's public relations director to defend that the works are not languishing in basements.

Noferestí also details that seven and eight paintings by Picasso have been exhibited three or four times in these four decades and that they are proposing that the next temporary exhibition be dedicated to the Spaniard Joan Miró.

"It is not true that the works are in the treasury, that we do not touch them and that nobody has seen them. We with different reasons, in different exhibitions, have shown a large part of the works," stressed the head of the museum.

There are only - he admits - there are about fifteen works that when showing nudes have not been exhibited in Tehran due to the moral restrictions imposed by the Persian authorities since the establishment of the Islamic Republic.

CARE OF THE TREASURE

Noferestí also denies rumors that some paintings have been sold: "It is not true, so far no work from the Museum of Contemporary Art has been sold," he asserts.

Only, almost three decades ago, one of the works that could not be exhibited because it included nudes, by Willem de Kooning, was exchanged for an old and valuable Persian manuscript of the "Shahnameh", which fueled the protest of Farah Diba.

The head of the museum insists that the objective is to take care of those works that "belong to the Iranian nation" and that in fact the recent restoration of the museum focused on improving the conditions of the treasury, separating the refrigeration system from the basements, to better preservation of pictures.

Two rooms have also been dedicated to an exhibition of photographs by foreign artists such as the Germans Bernd and Hilla Becher, who had been acquired by Farah Diba before going into exile for the end of the monarchy in Iran.

Another goal of the Tehran Museum of Contemporary Art is to finalize a database so that all the works and their characteristics can be seen virtually. A way to silence rumors about your treasures.