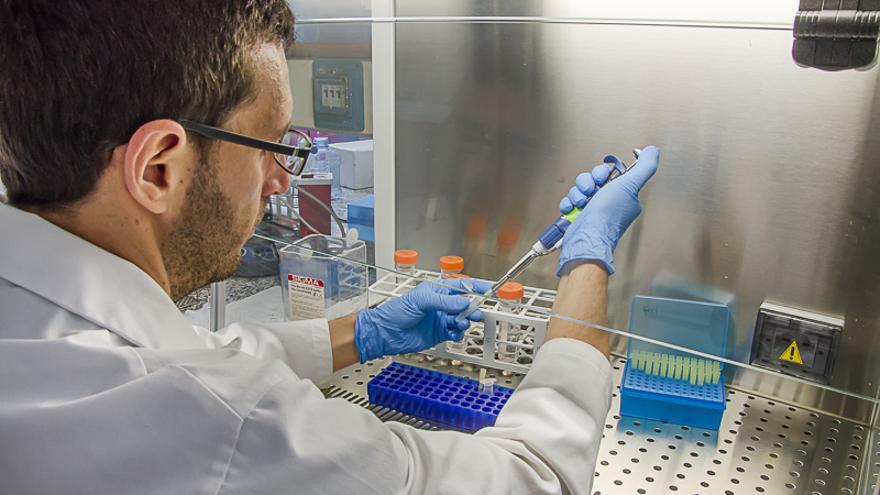 At the Spanish University a lot is researched, or at least a lot is published, but that research does not have much later. The knowledge transfer generated on the campuses does not go to civil society, normally through agreements with companies, as explained by the CYD Foundation in its report The contribution of Spanish universities to development, presented this Wednesday.

“The results obtained in indicators such as spin-off, patents and transfer are lower than the potential capacity that is inferred from research excellence “, explains the text.” Having great success in research, this does not give the expected results “, adds Martí Parellada, professor of Applied Economics from the University of Barcelona and co-author of the report, which nevertheless contextualizes: “It happens throughout continental Europe.”

The study puts figures on his claim. In the first place, the authors emphasize, the disparity between scientific production and the level of innovation in the country is striking. Spain ranks 11th worldwide in the number of published scientific papers, ahead of countries such as South Korea or Sweden, with 480,315 documents between 2015 and 2019, which represents 3.39% worldwide. In other words, one out of every 33 scientific studies published in a specialized journal around the world in that period of time was done in Spain. Nevertheless, the country is ranked 30th in the Global Innovation Index or 16th in the European innovation ranking.

More figures. In 2019, 84 spin-off (companies that are created in the university environment to develop knowledge or research results obtained on campus), a figure that is still far from what was ten years ago (118) or the maximum of the last decade (133 in 2013). Regarding the volume of university contracts with third parties in R&D and technical support, the figure increased slightly in 2019 (581 million euros) compared to the previous year, but although it is on a growth path, it does not reach the values ​​obtained either. in the reference year 2009 (646 million), when so many investment indicators in Spain reached their maximums before the cuts of the crisis.

What’s going on? “Transcending from research to transfer is not easy,” begins Parellada, “especially in the two aspects where there is more insufficiency, the creation of spin-offs and patents. “Both require specialized personnel and funds, he explains, and neither is abundant in the system.

But transfer is desirable, explains Tom Hockaday, former head of the Innovation Office at the University of Oxford, in his book Technology transfer at the University, what it is and how to do it. “Sometimes the commercial path is the best way to offer the benefits of university research to society,” he writes, although universities should be aware that it is “unlikely” that the transfer will offer benefits to the centers (the set of Spanish universities obtained 4.1 million for patents in 2019). But “it is good and it is an essential part of the University.”

For the rest, Hockaday expresses himself in similar terms to Parellada regarding the difficulty of the task. “Universities exist for very different reasons than doing business, and convincing a group of people to invest in the ideas of others is very difficult. Fundamentally, because university people are very different from business people. They have different origins , experiences, motivations, personalities and objectives. They do not trust each other, they do not know each other, “he exposes. And he maintains that creating a Transfer Office makes the task much easier.

“There are many resources that a university needs to implement an effective transfer program (…): people, patent budgets, policies, procedures, project management, bureaucracy and evaluation” and most of them could be offered to through an office, Hockaday continues. Francesc Solé Parellada, co-author of the CYD Foundation report, explains in this regard that it usually happens at the university that when a company comes requesting something, if for example this requires the participation of three different research groups and one goes to one that does not master exactly what was asked, “the project does not prosper”.

But Solé also relativizes: “The capacity for universities to serve society in a porous way is new, like our scientific system. If we solve some obstacles, the Spanish university is ready to take the leap and help the SMEs“, he explains, referring to the fact that these companies tend to have more difficulties to investigate on their own.

Hockaday gives a very current example of what the transfer of knowledge from the University entails: the creation of the AstraZeneca vaccine against COVID-19. “Oxford research has developed a lifesaving vaccine in record time, in a tremendous collaborative effort involving researchers from the University of Oxford, the Transfer Office, Vaccitech (a recently created spin-off), Oxford Science Innovation (an investor company), AstraZeneca and the support of the Government by approving the necessary regulation to carry it out “, he illustrates.

The Universities and Science ministries want to boost the level of transfer in Spain. “We must propose the necessary measures to build bridges between the different actors of the Spanish R & D & I ecosystem,” writes Teresa Riego, Secretary General of Innovation of the Ministry of Science, in the CYD Foundation report. “Measures that favor the transfer and sharing of knowledge and that favor and involve both researchers and businessmen and entrepreneurs, as well as the whole of society”, he adds.

In this sense, the draft Organic Law of the University System (LOSU) that the Ministry of Universities has just presented places special emphasis on transfer, according to Solé and Parellada. “The transfer of knowledge produced at the University to society and the economy has become an essential function for the academic world,” reads the statement of reasons for the standard. However, the authors of the report regret that the approach to the issue is done in an atomized way, with small mentions here and there throughout the text, alluding in general to the need to do it and finance it.

However, a more specific mention does appear in article 48.3, when it talks about financing and explains that in financing by objectives that is introduced in the law “said objectives will be linked, among others, to the improvement of teaching, research , knowledge transfer, research … “. That is, transferring more will result in increased funds.

More specific is Title XI of the text, dedicated to Research and knowledge transfer and innovation of public universities, which establishes in article 47.5 more incentives for this practice: “Research and knowledge transfer activities carried out by staff teacher and researcher will be considered assessable concepts for remuneration and promotion purposes “. More carrots: “The merits of knowledge transfer will be considered, where appropriate” when accrediting full professors; It also opens the door for communities to establish additional remuneration linked to individual merits “if certain research activities are carried out, including transfer.

The Foundation explains in its analysis that the University as a whole has an opportunity for improvement in this area through the Recovery, Transformation and Resilience Plan linked to the COVID funds, which in its component 21, modernization of the education system, which dedicates a specific section on the “requalification and internationalization of teaching and research staff” to “train in teaching and research skills” to the University PDI (Research Teaching Staff) and “facilitate the future incorporation of its beneficiaries into the Spanish higher education system and increase the teaching, research and transfer capacity of the system in the next decade “.

The report concedes that the cuts that accompanied the 2008 crisis were a severe blow to universities and that from the second half of the last decade the indicators began to recover (in the absence of analyzing the impact that the pandemic had on all them), but reflects: “Beyond this change in trend, the magnitudes obtained by some of these indicators, such as the aforementioned creation of spin-off, and, also, the income obtained from licenses and other intellectual property agreements (4.1 million euros in 2019), require reflection and a strategy to respond to how the university can achieve much higher magnitudes “.