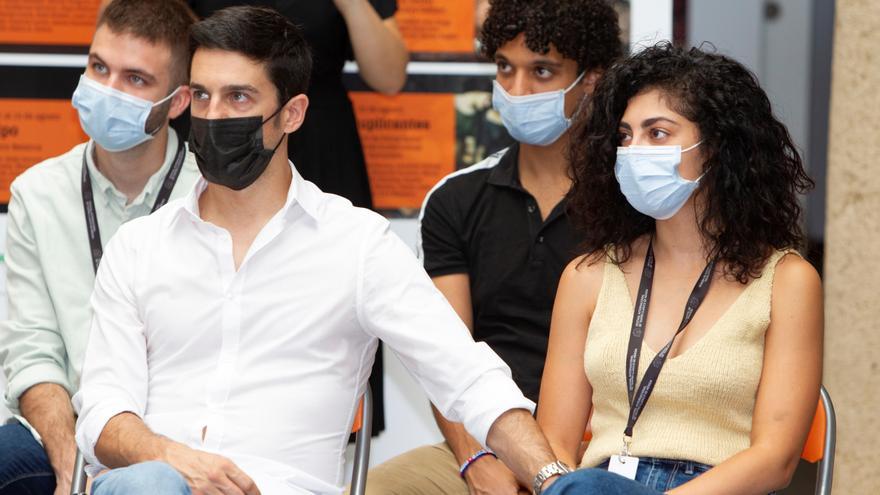 Mérida, Aug 9 (EFE) .- Oedipus, one of the most well-known and interpreted characters and myths of Greek tragedy, returns to the Mérida Classical Theater Festival, to urge humanity to initiate an introspection that allows it to recognize that in his hands is the fate from which, curiously, he flees day by day.

This metaphysical Oedipus, as the playwright and author of the text, Paco Bezerra frames it, is not an adaptation or an update of the myth, it is simply a new journey of someone who constantly has nightmares from which they try to escape.

It is a “dreamlike” adventure, Bezerra said in the presentation of this play, the sixth of a theatrical nature -the ninth show- of the current edition of the Mérida festival, which from the 11th to the 15th of this month can be seen at the Roman Theater .

Under the artistic direction of Luis Luque, National Prize for Dramatic Literature in 2009 and deputy director of the Spanish Theater, Epipo (entre las llamas) stars Alejo Sauras, “an actor who grows up from humanity,” Luque himself stated, along with a young and multicultural cast.

Mina El Hammani, Jiaying Li, Alejandro Linares, Andrés Picazo, Julia Rubio, Álvaro de Juan and Jonás Alonso complete a cast that makes a modern Oedipus with a new look very credible. “It is necessary to bring youth to the theater to attack the great questions of humanity,” said the director.

We are facing an Oedipus that speaks of values, that seeks the truth, no matter how hard it may be. “Our problem -as humanity- is ourselves, but the solution is also us,” said Sauras, very excited during the press conference.

Luque and Bezerra pose very diverse questions, from the environment to “a made-up involution.” “We all have to sacrifice things that we adore to put an end” to a path that presents traces of dehumanization, of involution, they argue.

Co-produced by the Merida Festival, Pentación Espectáculos and the Teatro Español, the play invites the viewer to wonder what I can do, as if it were a hero, to carve out a more prosperous world for humanity as a whole.

Current questions and challenges that agree with a young cast, which, with the exception of Sauras, has never set foot in the Roman Theater of Mérida and that for Jiaying Li and Alejandro Linares represents their first participation in a theatrical production.

For both, “a gift”, but also a challenge, a path to walk under the direction of Luque, who has already directed “Alejandro Magno” and “Fedra” in past editions of the festival, and Bezerra’s dramaturgy. Both make up a tandem that started ten years ago and that already has nine joint projects.

The terrible truth that determines the destiny of Oedipus is also sustained by the guidelines that mark him, between truths and false realities, the rest of the characters, such as the slave (Andrés Picazo), Queen Jocasta, mother and wife of Oedipus (Mina El Hammani); the “Sphinx”, author of the riddle that will mark a good part of Oedipus’ journey (Julia Rubio); the messenger (Alejandro Linares), the oracle of Tiresias (Jiaying Li), Creonte (Álvaro de Juan) and Yelmo – a newly created character – brought to life by Jonás Alonso.