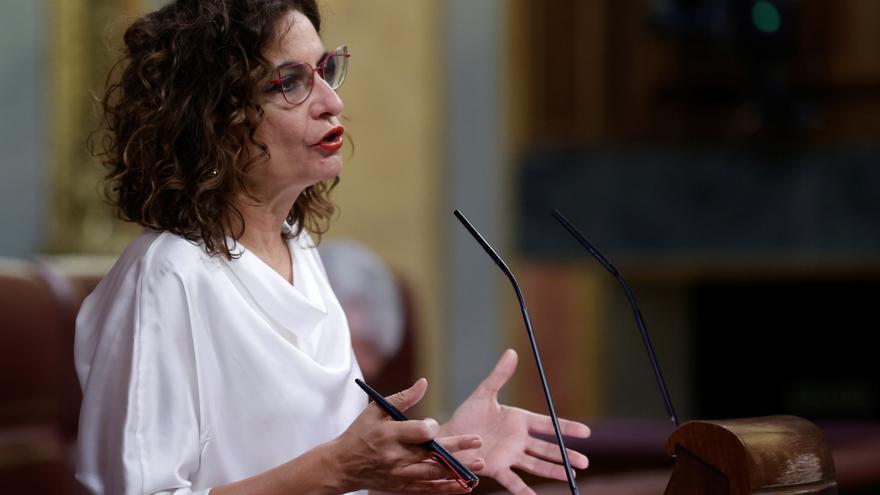 The Ministry of Finance and Public Function has reached an agreement with Unidos Podemos, ERC and PNV to reform the law of the Basic Statute of Public Employees, in order to reduce the rate of temporary employment that exists among public workers. The main measure, with respect to the aforementioned, is that temporary workers who have been in the same position for more than five years will become permanent without having to present themselves to the opposition again, according to the articles of the reform to which they have had access this medium and that has been advanced by El Periódico.

According to the agreed text, the administrations will have to summon these places through the competition system, which will be covered temporarily from before January 1, 2016. The document, which is in parliamentary processing, indicates that this procedure has ” exceptional character “and that will be carried out” for one time only. ” They will be the object of negotiation in the territorial spheres, not only at the state level, but also at the local and regional level.

That is, temporary workers must submit to a merit contest and not to competitive examinations in order to obtain that position, which in practice would facilitate their conversion into permanent employees. In an original proposal for this document, the deadline that had been set was 10 years, which in parliamentary negotiation has been reduced by half. With the parties participating in this agreement, the Government would guarantee itself the majority to approve the reform of the law, one of the fundamental pieces pending in matters of public employment dfter the European justice sentenced against Spain last June for the extension of temporary contracts in the public sector.

The Government agreed before the summer with the unions on a reform of the law to facilitate the conversion of temporary workers into permanent workers, which was embodied in a Royal Decree Law. This norm was approved by the minimum in Congress, thanks to an agreement in extremis with ERC, although it was forced to be processed as a bill in the lower house. This procedure had been prolonged to date without progress, until now the new articles have been agreed. In that initial plan, the 10 years were set, which are now reduced to five. He had the vote in favor of ERC, Teruel Existe, Nueva Canarias, Compromís and PRC, added to those of the PSOE and Unidos Podemos, in addition to the abstention of the PNV and Más País.

The standard that has now been agreed includes another series of measures, among which is the Ministry’s commitment to annually publish a monitoring report on the situation of temporary employment in the public sector. It is also contemplated that the stabilization calls that are published by the administrations may be foreseen for those people who do not pass the selection process who can enter interim exchanges or existing exchanges. Therefore, those who, having not passed the process, have obtained the score that the call considers sufficient will be able to participate.