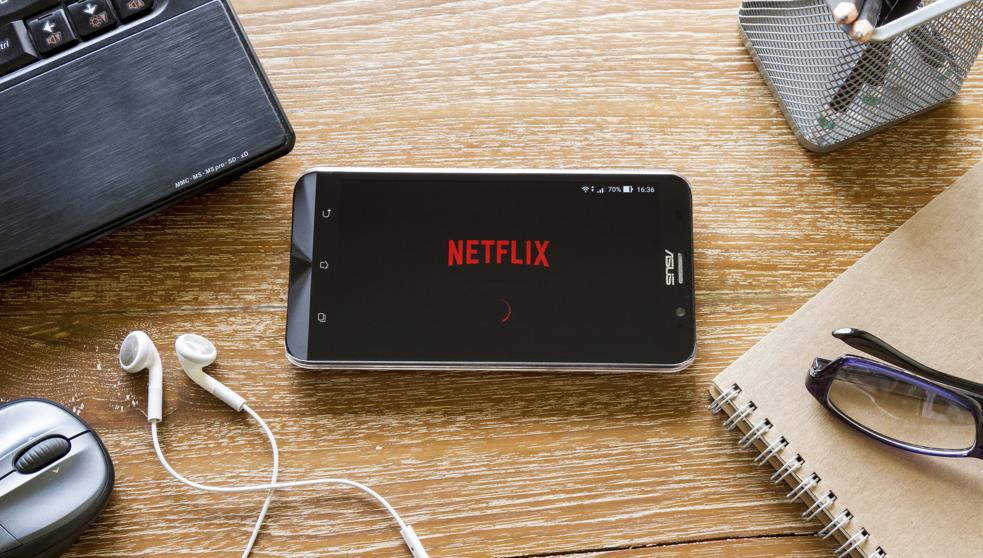 Between the hoaxes that are circulating these days on WhatsApp There is the fact that the Internet can suffer breakdown due to the overload of increased traffic. Like many lies, this one has some truth. But the network is well resisting the increase in Internet traffic caused by confinement. Movistar sources have informed The vanguard that its voice and data network has not experienced any unusual problems since the state of alarm was established in Spain. Nor has any other telecommunications operator released any information in this regard.

Of course, from Movistar they continue to aim for compliance with the recommendations on responsible consumption of voice and data services at this time. Some recommendations that were collected in the statement they issued major telecoms operators a week ago. Among them were two that are key: using the landline instead of the mobile if possible, and limiting the consumption of streaming video and online videogames to the hours of least traffic on the network.

A few days ago Thierry Breton, European Commissioner for the Internal Market and former CEO of France Telecom, posted on Twitter that he had had a telephone conversation with Reed Hastings, CEO of Netflix, to ask him to lower the definition of this streaming service. video in Europe temporarily.

Thierry Breton in his tweet said that “Infrastructures may be under tension”, referring to the Internet. In the same tweet, he requested through the #SwitchToStandard hash that a resolution lower than HD be used when it is not necessary. Although this tweet may have caused some alarm, the truth is that Netflix is ​​one of the largest sources of traffic on the Internet. And this was already so long before confinement.

Last September a study calculated that Netflix accounts for 12.6 percent of traffic global data online. An overwhelming number and that has been able to increase since the confinement has been imposed in several countries of the world. That’s why stopping Netflix traffic while increasing Internet use, mainly in Europe, by telecommuting or teaching distance classes is important.

Netflix has already announced that it reduces the transmission of its content by 25% in Europe. Although it is not entirely clear how that will affect customers who pay for a higher resolution on their televisions. Probably compressing the image more. But that same study we mention also pointed out that Netflix had been overtaken in traffic by http streaming video services, which then accounted for 12.8 percent of global data traffic.

An amalgam that includes everything from videos on pornagraphy pages to audiovisual companies that broadcast online or even pirated streaming videos. Youtube, which is not included in that category, is also an important source of traffic, as well as online videogames. Today surely the data from that study has been clearly outdated.

In Spain, telecommunications operators reported just before the first Monday of confinement, that traffic through IP networks has experienced increases of close to 40%, mobile phone use has increased by around 50% in voice calls and a 25% on the data.

A simple look at the collaborative tool Downdetector indicates that in Spain there have been no massive failures in Internet access in the last week. Although they have been given in a timely manner, as in other times. We must not forget that one of the strengths of Spain is that it has a solid infrastructure for telephony and fiber.

According to the statement issued by telecommunications companies a week ago, Spain is “the first European country and the third in the world in terms of fiber optic infrastructure and also has one of the best mobile networks in Europe.” But as strong as the infrastructure is, some collaboration between companies and users is important to keep it stable.

Therefore, two other services that have announced that they are going to reduce the resolution with which they broadcast video are YouTube, Facebook and Amazon Prime Video. Both YouTube and Amazon Prime Video allow you to play 4K footage, Youtube even 8K videos. Something that obviously triggers data consumption. Although advanced compression algorithms are used.

In fact, data compression technology is key at a time when network traffic is skyrocketing. Therefore, one of the recommendations of telecommunications operators is to compress files before sending them. In addition to sending files in the classic zip format, which is always effective, it is better to send them as a link if we upload them to the cloud.

In addition to sending files in the classic zip format, which is always effective, it is better to send them as a link if we upload them to the cloud for multiple users to review.

Thus, the download of the complete file is not necessary and several users have to access it. For example, you can view multiple pages of a PDF file without having to download it. For those who telecommute and need to use video, for example teachers who use this tool in telematics education, they can choose to record the videos in standard HD resolution instead of Full HD or 4K. Keep in mind that if we are recording video with a mobile phone that allows 4K recording, it may be activated by default.

It is even worth considering whether it is necessary to send videos or to force videoconferences. And in the case of being one, ask yourself if everyone who joins a chat must have their cameras activated. It may be sufficient for the main interlocutor to be displayed on the screen or to view images from your computer.

It may also be useful to disable the default loading of any image in messaging programs. If we only punctually enter a WhatsApp group in which there are a large number of audiovisual messages, the app will only load the ones that we want to see when clicking on them. We can also save data when browsing the Internet by activating the data compression option in the browser. As we explained in his day. These types of actions can prevent occasional drops in the service or slowdown in the data flow.

Do you need a PC during confinement? Five models from 240 euros