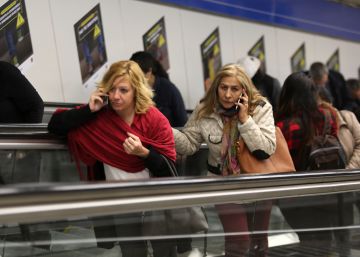 Can all political parties agree on something? And if I said yes. And if it had happened a short time ago, would you believe me? November 21, 2018 a transcendent legislative reform was voted in the Senate That didn't have much impact on public opinion. In fact, probably, few Spaniards learned that, with the legislative changes promoted by the parliament as a whole, political parties could send them electoral propaganda based on the trail they leave on the Internet every day. One way to use the big data, or storage and processing of data for a specific purpose, in this case propaganda. When we open an account on a social network like Facebook and press the likes We are transmitting a series of valuable information that can be used to form a fairly accurate profile of each of us. And Spanish politicians of all parties were interested.

When we open an account on a social network like Facebook and press the likes We are transmitting a series of valuable information that can be used to form a fairly accurate profile of each of us.

The aggregation of millions of data generates patterns that help to establish inferences with which we recommend our next tourist destination or the “header” series of the month. This situation will be sharpened, surely, with the development of the Internet of Things, where it will be the objects themselves that exchange our information, which will multiply the information that can be obtained about the life and customs of a person. The advisors of Cambridge Analytica they knew it and used data from more than 50 million Facebook users to advertise personalized digital politics during the 2016 US presidential elections.

In Spain, Organic Law 3/2018, of December 5, of Data Protection and Digital Rights Guarantee (LOPDGDD) in its third final provision modified art. 58 bis of the Electoral Law (LOREG). The new regulation provided that "the collection of personal data relating to the political opinions of the people who carry out the political parties in the framework of their electoral activities will be protected in the public interest only when adequate guarantees are offered".

A group of lawyers and groups warned that in Spain they could be legalizing activities such as those of Cambridge Analytica, which supposed that the parties could make ideological profiles of people, thanks to the trail they leave on the Internet. Although the Data Protection Agency insisted that the text allowed the sending of electoral propaganda without its content compromising the privacy of individuals, there were worrying elements. For example, that the collection (which could include data storage and processing) be covered in a supposed public interest or that this activity be carried out only “when adequate guarantees are offered”. What can public interest mean in this context? How can we know if adequate guarantees are given and to what extent is interpretable?

What can public interest mean in this context? How can we know if adequate guarantees are given and to what extent is interpretable?

In the end there was no choice but to take the matter to the Constitutional Court. In fact, it was the Ombudsman who did it. And the result was that the magistrates ruled in favor of the Ombudsman. It was finally unconstitutional. Thanks to an institution that usually occupies a marginal place in the law study plans, Spain has saved itself from having a Cambridge Analytica legal and, of course, to undermine our status as citizens, to travel the paths of the subjects.

A week ago, EL PAÍS published that telephone operators will charge to the National Institute of Statistics (INE) almost half a million euros for transferring data to develop a study on the mobility of the Spanish. Days before it was reported that the INE was going to take advantage of the geolocation of mobile phones to study their habits for eight days. The three big operators will share our location at different times of the day. Both the INE and the companies guaranteed that they would only use the telephone number and not the associated holder, so there would be no inconvenience in selling the information. Apparently, data protection legislation is not violated. Or if?

Like everything in life, we should be cautious and more when we have a history as serious as recent. According to some experts it would be possible to reverse a process of anonymization with the contest of some data. In addition, any layman could think, with a certain degree of logic, that companies are making an extra profit that they will not share with their customers.

Privacy is an increasingly precious and scarce asset. If not, ask Mark Zuckerberg

The issue is not easy. Privacy is an increasingly precious and scarce asset. If not, ask Mark Zuckerberg. After defending his whole life the idea of ​​total transparency on the Internet, he is asked where he had stayed the night before to report to a US Senate Commission and refuses. And we can end up thinking that total transparency is a thing of the poor.

Internet citizenship is much more than an apparent word in English like edemocracy. Practicing it means that rights will not be impaired, whose guarantee has taken centuries and blood. The Internet cannot be the false door that gives us back the role of subjects.

Rafael Rodríguez Prieto He is Professor of Philosophy of Law and Politics at the Pablo de Olavide University (UPO) and author of Internet legal-political challenges (Dykinson, 2019)

Project G.G. is the new video game of Hideki Kamiya