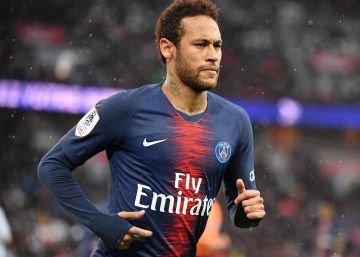 There is an inseparable aspect of Neymar Neymar player and person for more than tend to differentiate between the unruly citizen and the unbalancing footballer regardless of whether he plays and lives in Paris or Barcelona. And it is his ability to make mistakes in decision-making, especially in the last play, a defect that penalized him in his aspiration to win the Golden Ball. Neymar already entangled Madrid in September 2011 when he passed a medical examination in his country with a doctor linked to the white club and later decided to stay at Santos. He played for two seasons with Madrid himself and the Barca to finally sign for the azulgrana entity in 2013 after the intervention of the then president Sandro Rosell, good connoisseur of the market and especially of the idiosyncrasy of Brazil.

The contract signed by Neymar was so sloppy that in 2014 it caused the resignation of Rosell and later a condemnation of the Audiencia de Barcelona to the club for two fiscal offenses after the confusion caused by the amount of the transfer: the price ranged from 17.3 million to 86.2 after going through 57.1.

The agreement is still subject to litigation in the courts by the complaint of the DIS group, which had 40% of the player's federative rights when he played in Santos. The player himself also maintains a pulse in the courts with Barca for the renewal bonus of 2017, prior to his transfer to PSG for 222 million: it claims 26 million while the azulgrana club requests the return of 8.5 million.

The withdrawal of the demand is one of the previous steps requested by the club to accept his return to the Camp Nou. Also it is demanded to him that it is reduced its card, supposedly of 36 million, to 22, that would be those that already it received in the Barça. And, obviously, the Barca directive wants Neymar to apologize publicly after confirming that part of the fans disapprove of their return to the Camp Nou.

There are other aspects that are considered difficult to solve, such as his father's interventionism and his ability to generate conflicts, either alone –recently was reported for alleged rape in Brazil- or with his friends the toiss. Some news from your country also say that the Treasury has foreclosed some of its properties for a tax fraud that would amount to 15 million. Very comfortable with the parties and noisy, lately also stood out for its ease to injure itself – it has missed the last two knockout rounds of the Champions League – and to discuss with the spectators and the referees – charge with a European suspension for three matches – circumstances that They left him without the captaincy of Brazil.

Badly seen by the rivals, who consider his game provocative and described as incorrigible by several analysts, Neymar is well seen in the Barça dressing room. Although it is known that they are difficult to mature, they understand that it is worth running the risk of making a mistake or hitting the last play in the Camp Nou.