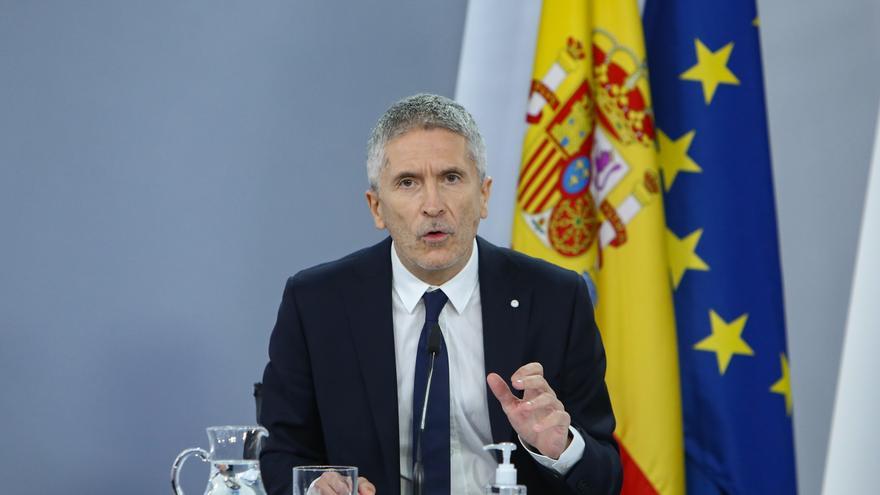 The Ministry of the Interior has dismissed the Civil Guard officer who acted as liaison in the Defense Staff (EMAD) for being vaccinated against COVID-19 together with the Defense Chief of Staff (JEMAD), General Miguel Ángel Villarroya, and other military officials, have informed Europa Press sources from the department of Fernando Grande-Marlaska.

The decision affecting this lieutenant colonel of the Operations Command was made after Grande-Marlaska gathered information this Friday through the Civil Guard chain of command. When it was confirmed that this freely appointed position participated in the controversial vaccination, the Minister of the Interior signed his dismissal.

The Defense Minister, Margarita Robles, assured this Friday that she was unaware of the vaccination of military positions and requested a report from the JEMAD to have detailed information on the protocol that has been followed to establish priorities within the EMAD.

General Staff sources explained to Europa Press that the Armed Forces have their own quota of vaccines within the distribution of the Ministry of Health and, within them, the General Staff drew up a protocol that prioritizes health personnel, members of international missions and then the chain of command, following an age criterion.

Several professional associations of the Civil Guard and unions of the National Police asked this Friday for explanations for this vaccination, which they consider a “serious disregard” towards other groups.

They censured that there are “privileges” because some “try to anticipate the plans of the Ministry of Health through a back door, no matter how much they are commanders.” There are also voices that ask that responsibilities be purged, as has happened with political positions.

Also from the professional association of the Armed Forces AUME they censured the “privileges” of the JEMAD and other high military positions and demanded the assumption of responsibilities to those who “must not only set an example but also comply and enforce the provisions of the health authorities” .