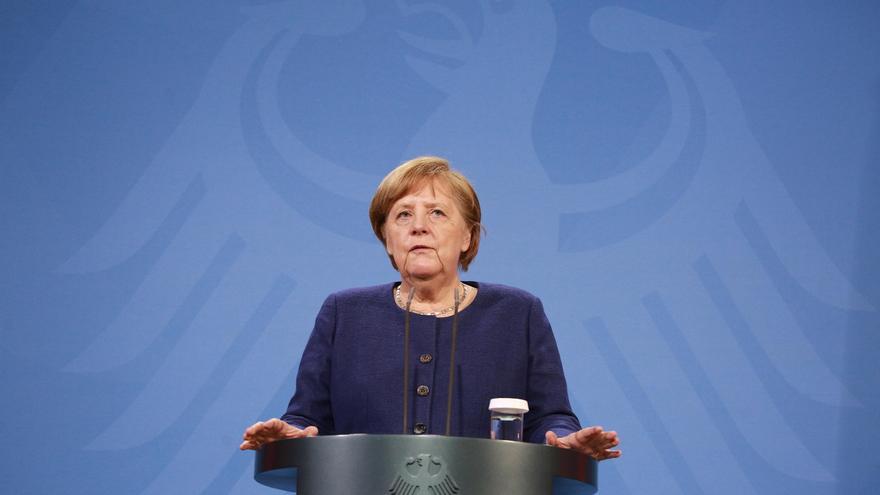 Brussels, Feb 25 (EFE) .- Interest among Heads of State and Government to have a vaccination certificate in summer increased this Thursday, during the summit that they held online, although doubts still persist about the exact use that was given to it. You must give the document, so as not to create privileges when traveling for people who have been vaccinated.

German Chancellor Angela Merkel assured that all European leaders agreed today to develop a system at the European level that allows the different vaccination passports being developed by the Twenty-seven to be homologated.

Although the president of the Commission, Ursula Von der Leyen, was more cautious and warned against “expectations too high, too soon”, because at least three months are required to advance in the technical aspects, before this certificate can be implemented in European level.

And at the same time, political questions still have to be resolved, European leaders stressed in their appearances at the end of the meeting.

The president of the European Council, Charles Michel, warned of “legitimate concerns regarding a risk of discrimination”, that is, that the certificate gives vaccinated people rights that those who have not received immunization do not have.

“This generates a debate that we have to take into account. But between now and March we hope to have some progress on this issue,” added the Belgian politician.

In the same vein, French President Emanuel Macron said that the certificate “should not be a condition for travel,” while Merkel defended the document as a “complementary” option.

In part, because the percentage of the vaccinated population today is still low – 8% of the adult population in the EU, Von der Leyen said today – so that in order to allow immunized people to travel, they must first be it must have offered the option of receiving the drug to other citizens, said the German chancellor.

More favorable were the leaders of the southern European countries, highly dependent on the tourism sector.

The president of the Spanish government, Pedro Sánchez, defended the mobility certificate as a valid and useful tool, and therefore asked to work together in its development, to prevent each country from deciding its own formula, preventing unfair situations.

Also the Greek Prime Minister, Kyriakos Mitsotakis, promoter of the measure, demanded the document before the private sector and large technology companies move in that direction, while warning that “if we do not do it as the European Union, someone more will do it for us. ”

In this sense, Von der Leyen, defended the need to agree on an application at a European level, to prevent “others from taking advantage of the vacuum” and pointed out that companies such as “Google and Apple are offering solutions to the World Health Organization (WHO) .

Meanwhile, and given the advance of the variants, European leaders agreed to maintain restrictions on non-essential travel, as they had already agreed in their previous meeting in January.

“The epidemiological situation continues to be serious and the new variants pose additional challenges. Therefore, we must maintain strict restrictions,” they said in the joint statement.

According to Von der Leyen, the UK variant is already circulating in all but one EU country, the South African in fourteen and the Brazilian in seven.

For this reason, the main objective today remains to increase vaccination capacity, as requested by Spain, Belgium, Lithuania, Poland and Denmark, in a letter sent to Michel on Tuesday.

European leaders demanded that pharmaceutical companies guarantee “the predictability of the production of their vaccines” and that they “respect their delivery deadlines,” according to the statement they published at the end of the meeting.

Von der Leyen said that both Pfizer-BioNTech and Moderna are “complying with their contracts”, but pointed out that regarding AstraZeneca there is “room for improvement regarding compliance” with the agreement and assured that “we closely monitor what happens” with the pharmaceutical Anglo-Swedish.

Precisely the CEO of the Anglo-Swedish company, Pascal Soriot, said today that he hopes to “catch up” for the second quarter, as he said today in a speech in the European Parliament.