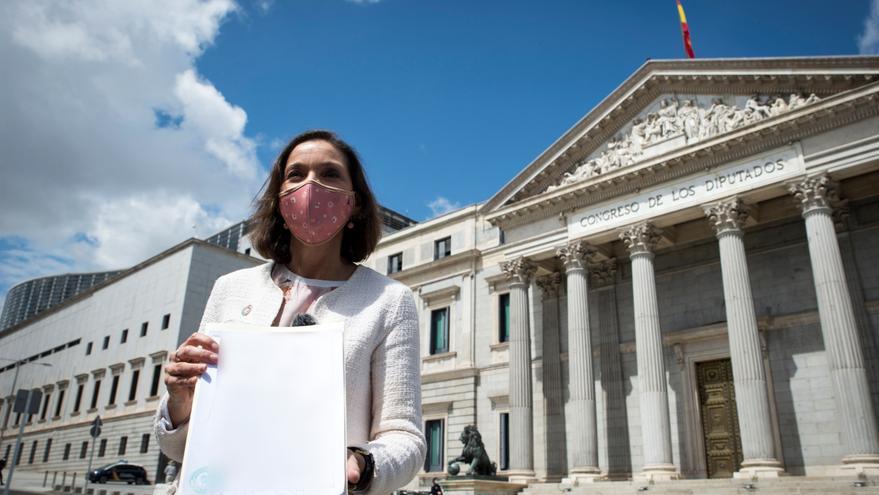 The individual who sent an apparently bloody razor to the Minister of Industry and Tourism, Reyes Maroto, had also sent another envelope to the Turkish Embassy in Madrid addressed to the Prime Minister of that country, Tayyip Erdogan. The envelope has been intercepted in the Automated Treatment Center that Correos has in the Madrid neighborhood of Vallecas and is awaiting a court order to proceed with its opening, police sources inform elDiario.es.

The Police identified yesterday Monday the author of the shipment to the minister after he put his authentic address on the envelope, belonging to an address in El Escorial (Madrid). Information agents decided not to detain him after verifying that he is a mental patient with several psychiatric admissions and with a recent illness that prevents him from vocalizing clearly. The Police had planned to try to take a statement today, in the company of a relative.

The detection of the envelope to the Turkish Embassy occurs after neither the letter to Reyes Maroto with the knife, nor any of the two envelopes sent to the Ministry of the Interior and the General Directorate of the Civil Guard with threats and including rifle bullets from assault, were detected in the aforementioned post office. The letter to the Turkish Embassy was deposited in the same mailbox at El Escorial as the envelope received in Industria.

Correos blamed a guard from a subcontractor for the error in the case of shipments with bullets. The envelopes also passed the respective controls of the ministries. As elDiario.es advanced, the Secretary of State for Security has issued an order for the Civil Guard to intensify this detection work and take steps for your own safety.

Once the author of the threats to Minister Maroto, number two of the socialist candidacy to the Community of Madrid, has been identified, the Police and the Civil Guard focus on finding out who the envelopes were sent to the Interior and to the Directorate of the armed institute, without the investigations have yielded progress so far, according to the sources consulted.

The deputy of EH Bildu Jon Iñarritu published on his Twitter account on Monday afternoon photographs of the envelope and the letter that the man who had sent the envelope to Maroto sent him last March along with a letter that would denote mental problems that suffers. Sources of the investigation confirmed that it is the same person who sent the knife to the minister.