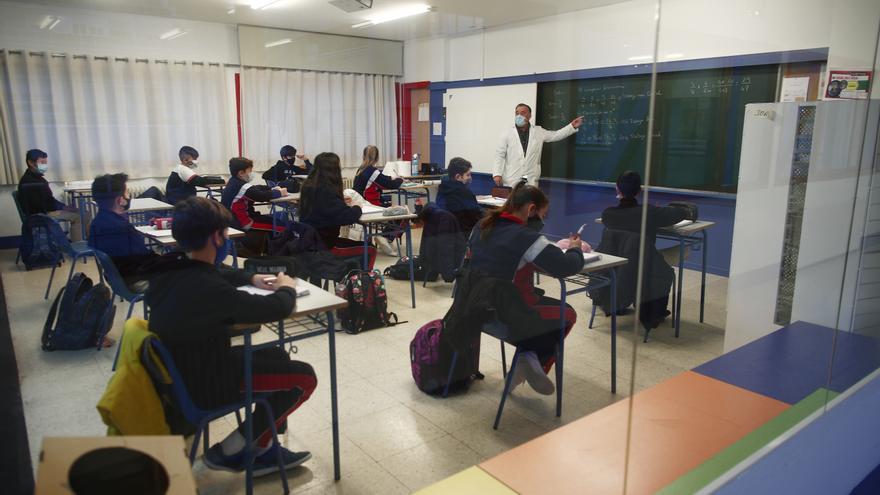 Negotiations, which are expected to be long, have begun. The Ministry of Education has finally presented, rushing the self-imposed deadline in the Lomloe, its first (partial) proposal for a teaching statute, with which it intends to improve the profession by modifying essential aspects of it, such as access, oppositions, training initial and continuous or the development of the professional career.

Among the main bets of Education are to include a specific test to access the degrees of Teaching or Children and perhaps also for the Master, which proposes to extend in duration; create a kind of decaffeinated teaching MIR; modify the internship system both during the degree and when accessing public school; change the opposition system; and systematically evaluate the teaching work (You can consult the full document here).

Sources from the Ministry explain that the idea of ​​the department headed by Pilar Alegría is to break up the negotiation with autonomous communities and unions because it is expected that the process will take time and in this way Education will be able to approve the measures that are agreed upon without having to wait at all for the statute to come into force. Following this logic, the predictably more controversial issues, such as remuneration aspects, the duration of the teaching day or the ratios have been left out of the first round of negotiations.

This teaching status is a historical claim of teachers, who aspire to a standard with which to plan their career. Currently, the development of the profession is practically limited to accumulating six-year terms that become a small bonus on the payroll.

The main unions have gone to the Ministry this Thursday to learn about the Education proposal. The first evaluations oscillate from the "insufficient" of CCOO to the "good starting point" with which STEs has qualified some aspects such as initial and permanent training. UGT has lamented that "it has been an informative meeting, not a negotiating one", and CSIC has pointed out the need to "reverse the 2012 cuts, still in force".

All the organizations coincide in emphasizing that this proposal is very initial and in pointing out its shortcomings. "There is a lack of proposals on the rights of teachers, dignity of their work and not only economic contributions", points out STEs, an idea, that of "dignification", which repeats CSIC and also UGT: "The document is clearly unbalanced because although it expands on important issues such as initial training, the reformulation of teaching specialties, permanent training and the selection system, it does not mention, however, issues that the future statute should contain: dignity of the profession, remuneration, school day, ratios, recovery of rights, among others".

CCOO mentions the working conditions (teaching load and ratios between them), voluntary early retirement or the standardization of the working conditions of teachers as elements that have been left out of the first Education proposal and regrets that Education has presented a document "with the only pretense of meeting the maximum term for its development (...) without the draft showing a real interest in recognizing and improving the teaching profession and the conditions of the teaching staff".

Education has only convened for this first appointment the majority unions of the public school, despite the fact that the Statute will also affect the teachers of the private, concerted or not. FSIE, one of the organizations focused on the social initiative network, has demanded that the Ministry also include these unions. "Nearly 30% of the teachers who practice the profession do so in these centers and they cannot be excluded from the debate on such an important regulation that has long been claimed by our sector," said the general secretary of the FSIE, Jesús Pueyo.

Education explains in the text that one of its main objectives is to attract the best students to teaching under the old educational axiom that "a system cannot be better than its teachers." The Ministry of Education explains in its proposal that there is currently no specific requirement to access the Early Childhood and Primary Education degrees at the University, and in its eagerness to revalue this type of university studies, it proposes establishing an access test to screen the applicants because "not only the admission mark allows us to identify excellence".

The exam that the Ministry wants to establish "must evaluate communicative competence and critical reasoning and scientific-mathematical competence and include aspects related to attitudes and competences of the teaching profession," says the text. There are communities, such as Catalonia, that have already imposed this initial test and, if it is a matter of screening, it is a complete success: half of the candidates for Catalan universities do not pass it.

The modification of the initial basic university training is completed with a review of the contents of the study plans to adapt them to the new law, that proposes a teaching by competenciesand with the proposal to include more didactic subjects in the teaching specialties in the grades that are usually taken by those who are going to be secondary school teachers later (History, Geography, Philology, Physics or Chemistry...).

An access test similar to the one proposed for the degree could be established for teacher training master's degrees, although in this case it is considered as a possibility only. In access to these postgraduate courses, it is proposed that minimum requirements related to that area of ​​knowledge be established for each teaching specialty. The changes in the master's degree are completed with the possibility of extending its duration (currently it is two years).

Improving initial training is one of the Education proposals that unions have liked, at least as a concept. STEs describes it as a "good starting point", especially the part related to increasing didactics at the University. CCOO also detects a must in this area, and asks the Ministry "a real improvement in initial training and not just screening to reduce the number of people who access it."

Education also wants to evaluate the teaching staff –now it is not done systematically– and link the development of the career to this evaluation, which it proposes as follows: "It must start from a self-assessment report, assess the specific aspects of the teaching function within the framework autonomy of the center, have the participation of various governing bodies and teaching coordination of the center and with that of the inspection service and combine their voluntary request with the obligation to participate in those training actions that must be passed to access the performance of the managerial function or overcoming the internship phase, among other positions".

"Evaluation should not serve to divide or individualize the work of teachers," warns STEs. This aspect is one of the ones that has most concerned active teachers in the absence of greater precision. "Who is going to evaluate us? Based on what?" asked one teacher. He will not find the answers in this first proposal.

Another aspect in which the unions agree that the statute should affect is "homologation of the working conditions and remuneration of teachers, their upward revision and progress towards a single teaching body", according to the CCOO and also highlights CSIF, which calls for "equal conditions in all the autonomous communities", a situation that is far from being with large salary differences (and of another type, but these are the most evident) between autonomies.

The modification of the practices, both initial and for those who are going to access the public function, generates "concern" in the STEs, especially the part in which Education wants to implement a dual training (halfway between the University and the educational center ). "If they raise it in that line it will be difficult to reach agreements," they warn.

The unions are aware that this document is nothing more than a first initial contact, although they regret despite everything that "the Ministry has not put on the table" measures to improve the working conditions of teachers, an issue " essential", according to the UGT, to "attract the best to the teaching function", declared objective of Education in the text.

CCOO thinks that what is presented does not meet the minimum requirements and "requires the Ministry to present a document from which work can be carried out to meet the urgent and unavoidable objectives of dignifying the teaching profession and improving the conditions of teachers." CSIF aspires to a statute that "regulates the entire teaching profession, from its beginnings to retirement" (there is nothing on this issue in the Ministry's text) and STEs expects, delving into the initial impressions of UGT, "a real negotiation" and not an imposition by the Ministry.