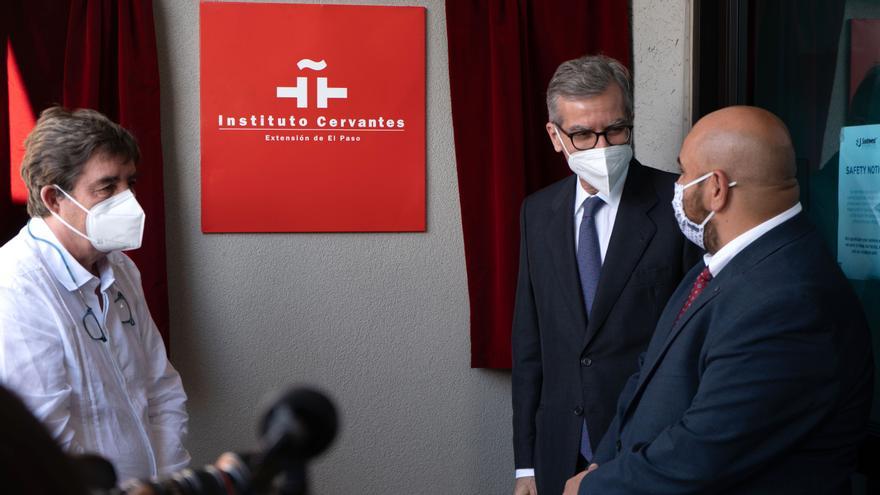 El Paso (USA), Jun 23 (EFE) .- The expansion of the Cervantes Institute in the United States on Wednesday took a new step with the inauguration of a new center in the Texas city of El Paso, a border region with Mexico in where Spanish is the first language, above English.

For this reason, he indicated, for the Spanish center it is “very important” to open the El Paso center, which is added to those already existing in New York, Boston, Chicago and Albuquerque.

In addition to this headquarters, the Instituto Cervantes plans to open another center at the end of the year in Los Angeles, the second largest city in the country and in which almost 50% of the population is Hispanic.

In an event attended by local personalities, such as the mayor of El Paso, Óscar Leeser, a plaque was unveiled at the new headquarters of the Spanish institution, located at the Southwest University, and it was announced that June 23 will be “Día Instituto Cervantes and the Spanish Language “in El Paso County.

Ricardo Samaniego, judge of the county of El Paso, indicated at the end of the proclamation of the Cervantes Institute Day that it is a “great privilege” to be able to be “connected” with Spain through the cultural center.

The leader, whose ancestors came from Spain, said that El Paso is an “excellent” place for the new center of the Cervantes Institute and that the language should be “greatly promoted” in the region.

Southwest University is one of the fastest growing university centers in the West Texas area in recent years and its president, Ben Arriola, assured that it was a “very easy and very simple decision” to reach this alliance with the Instituto Cervantes.

“It will be perfect to learn about our origin and our language,” said the head of the El Paso university center, where 82% of the population is of Hispanic origin.

Santiago Cabanas, Spanish ambassador in Washington, made reference to that historical connection between Texas and Spain: “I think it has been an exciting moment because it is the first extension, the presence of the Cervantes Institute in the state of Texas, which is so united , so linked to Spain, and to our common history “.

The new headquarters in the border area between the United States and Mexico will be coordinated by Silvia Grijalba, from the Instituto Cervantes center in Albuquerque.

“The Instituto Cervantes in the first place is going to offer Spanish language classes that are not only normal classes, but can also be specialized according to the interest of the university,” he said.

In addition, courses and programs such as “Pride and Heritage” will be held, aimed at young people who, despite knowing the Spanish language, are unaware of the history of their language as second or third generation Hispanic immigrants in the United States.

They will also have courses in which, for example, the peculiar characteristics of Spanish used by Hispanics in the United States will be analyzed, which is still on its way to becoming the second country in the world with the most Spanish speakers.