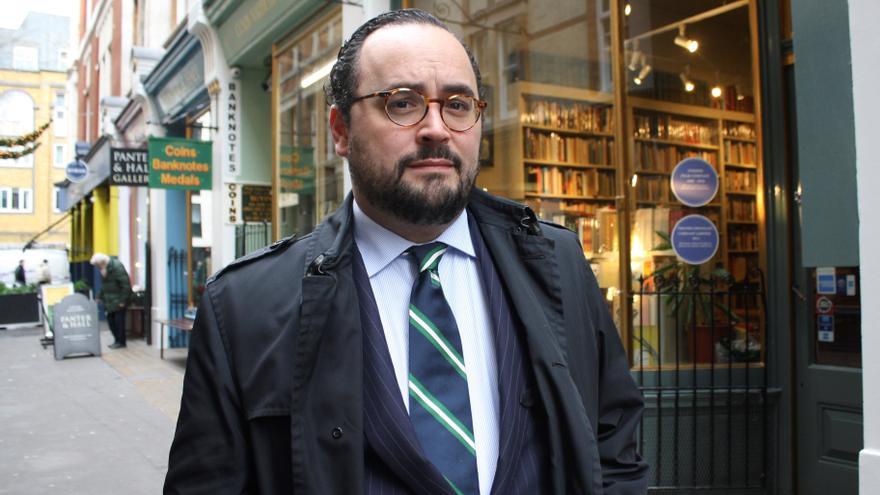 Logroño, Jun 24 (EFE) .- The current challenge of the Cervantes Institute of London is that “there is more and more prestige for creation in Spanish and more presence of Spanish in areas such as science, technology and business, but all that it comes from the academic world, “its director, Ignacio Peyró, told EFE.

Peyró (Madrid, 1980), who is also a writer, journalist and translator, delivered a conference this Thursday in Logroño on “The writers who loved cooking”, as godfather of number 48 of the magazine Fábula, published by the University of La Rioja (UR).

“Interest in the Spanish language is growing in the United Kingdom and, from 1996 to 2019, we have gone from being on the margins of the educational system to being the first language in the final high school exams and at university”, to which adds that, “surely, we are going to be the first in everything”, has specified.

He explained that there is “a greater awareness in the English-speaking world of the importance of the demographic, economic, commercial and cultural weight of the world that speaks Spanish, and that is something that the world that thinks in English is already beginning to realize ”.

Among Peyró’s latest books is “Ya settle down. When We Were Journalists ”, published in 2020 to inaugurate its“ daily cycle ”, since it had“ the luck and privilege of working in a paper newspaper and that marks because there are many journalists who already work only online ”.

“We are living through the darkest period of the journalism crisis, between 2009 and 2012, but now, I believe that there is already a business model that, little by little, is going to be implemented and that has that enormous advantage, in what is online, that, finally, the work of journalists is not given for free “, since” if it is free, it is worth nothing, “he stressed.

He pointed out that this model consists in the fact that the media “have a cooperative system to finance themselves” and, “as they increasingly need subscribers, quality will be given priority because it is the way to attract people beyond of the ‘clickbait’ ”.

In the conference he delivers this Thursday, this writer will discuss “the relationship between cuisine and literature, not only in Spain, but, above all, in Western literature”, and “the approach is that, for a long time, what was written about gastronomy were cookbooks and eminently practical questions ”, he pointed out.

However, he continued, “it seemed that the books devoted entirely to the kitchen could not be literature or only occupied, as it were, the lowest parts of the shelf, but, in the twentieth century, that began to change, and also very notably in Spain ”.

“We have gone from 0 to 100 in books on cooking, but not exactly on cooking and literature, because there is not so much cuisine dealt with from the literary point of view, while now there are more practical approaches, and that has to do with with the country’s own evolution ”.

Regarding the future projects of the Cervantes Institute in London, he has indicated that “a country plan will be launched in the coming years, next to the center of Manchester”; and, on a personal level, he hopes to publish, “before the end of this year, a booklet on British and Anglo-Spanish issues that has no title yet.”