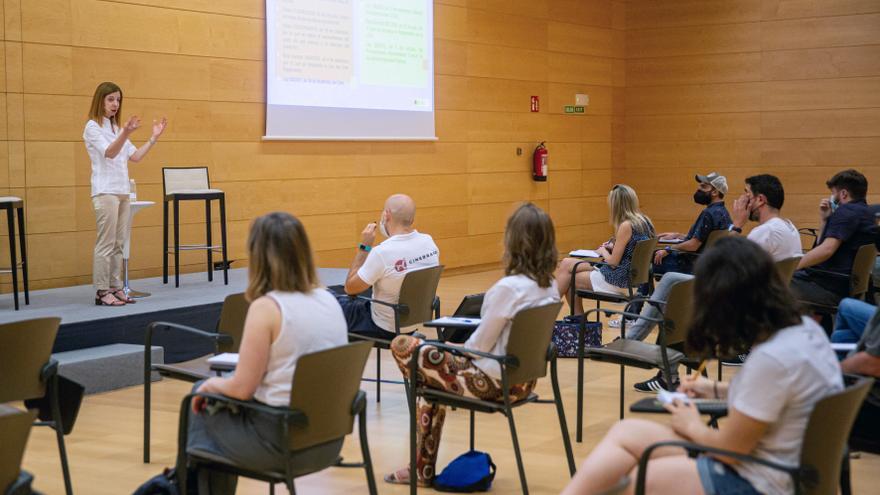 Logroño, Jul 2 (EFE) .- The heads of the Cinematography Institute and the Oficina Media España, public entities that help the audiovisual sector, have underlined the importance of institutional support for Spanish cinema and the need for the sector to have qualified professionals to know the resources that can be accessed.

This has been explained to Efe by the deputy director of Promotion of the Institute of Cinematography and Audiovisual Arts (ICAA), Silvia Anoro; and Christian Solanas, from the Oficina Media España, as representatives of two entities that offer support to Spanish cinema and that distribute tens of millions of euros in grants every year.

Both participate during this weekend in Logroño in the course “The odyssey of producing”, in which 45 students from different autonomous communities delve into different aspects related to the production of shorts and feature films, especially the search for funding.

One of the entities that helps the film industry is the ICAA, which, “in the end is an important leg to raise a film, both for direct subsidies, tax incentives or production aid”, Anoro has detailed.

In recent months they have detected a “boom” in the creation of series, something that is motivated, in part, by the pandemic, since, “for more than a year, we have all used all platforms” and “that it has greatly harmed movie theaters “, although” we are interested in them being able to improve their situation. ”

A year, he has detailed, half a thousand works, mainly feature films, arrive at the ICAA for their qualification and to try to access subsidies through competitive competition processes; and in 2020 about 50 million euros were distributed among 80 feature films and as many shorts.

Solanas, for his part, has detailed that young creators who promote film projects should know that Oficina Media is a body of the European Commission that can offer them help from the first moment and until the distribution of their work.

This entity has a budget of 1,400 million euros for a period of seven years, with which it seeks to influence the concept of “European Culture” through cinema and in competition with the United States industry, mainly, but also Asia, has detailed.

“Production is the least glamorous part of cinema because its professionals are not in front of the camera, there are no spotlights, but it is essential to carry out a project,” explained the course coordinator, Joseba Castaños, who stressed that , “Actually, this is the hardest part of cinema.”

For this reason, from La Rioja Film Commission -an entity of the Riojan Government for the support of audiovisual projects- it was decided to “offer an intensive course on everything related to film production”, which is “a unique opportunity to train and have a very updated on what is needed to carry out a film project in Spain “.