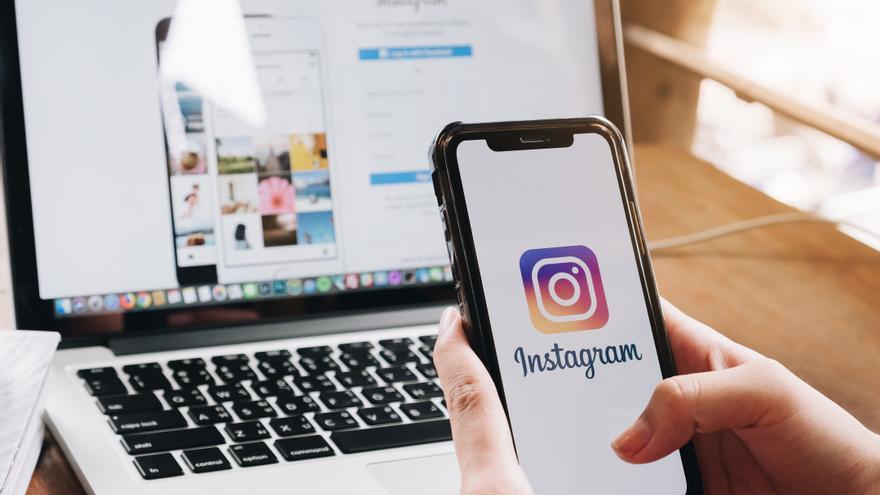 The social network Instagram has introduced a new function, Live Rooms, which allows its users to carry out live broadcasts together with up to three other people, combining the four signals into one.

Until now, Instagram only allowed direct ones to carry them out a maximum of two simultaneous users, but with the Live Rooms function these retransmissions are doubled, with up to four accounts.

“With this new functionality, new creative possibilities are opened, such as being able to start a conversation space, question and answer session, create a jam session, collaborate with other artists or simply hang out with friends “, as the platform has assured in a statement.

The Live Room will be available “soon” for Instagram users around the world, as announced by the social network.

To start a Live Room, users can swipe left and select the live camera option. Then you have to select a title and press the ‘Rooms’ icon to add the guests. From there the user can see the people who have requested do a live with him or her and you can also search for people you want to add to the live.

When starting a Live Room, the organizer remains at the top of the screen when you add guests. Hereinafter up to three guests can be added to a Live Room at once or one at a time (for example, you can start with two guests and add one more guest by surprise). Followers of each guest will be notified when a Live Room starts.

Instagram has introduced security measures in these broadcasts, and people who are blocked by any of the active participants in the Live Room will not be able to join the Live. Guests whose access to the live has been revoked for violating Community Rules will also not be able to join.

The functionalities to which the hosts of a Live already have access, such as the possibility of report and block comments As well as applying comment filters, they will also be available to Live Rooms hosts.

With Live Rooms viewers can buy host badges and use other interactive features such as Shopping or Live Fundraisers. Likewise, the platform is contemplating expanding interactive tools such as more moderation controls or audio functionalities, which will be available in the coming months.

In Spain, RTVE will use Live Rooms as part of its coverage of the Goya Awards 2021, through live connections with the stars of the night.

One in four Spanish households already has a smart appliance