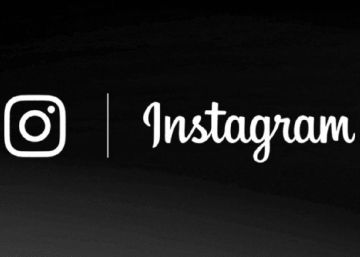 It is never too late, if happiness is good, and something like that is of course applicable to the incorporation, finally, of coveted dark mode On Instagram. The social network belonging to Facebook has been the latest applications in change the color distribution of the interface and has done so surely forced by the incorporation of this mode natively in iOS 13, the latest version of the operating system that moves the iPhone. This mode is also present in Android 10, the latest version of Google's mobile platform.

In fact, if the user has activated this mode by default in any of these two operating systems, it will not be necessary to do anything on his part since Instagram, if the application is updated to the latest version, will be activated in that mode without the User has to configure anything. The arrival of dark mode Instagram was expected for too long by users of the social network, whose application, incidentally, had many spaces with white tones in its interface. Why is the adoption of the dark mode?

The advantages of the dark mode

The known dark mode basically it reverses the tonality of the interface on the screen of both computers and mobiles and, where there are light tones, it darkens them in grays and even blacks. This distribution is equivalent to the impact on the view of turning off the lights in a room: the eyes relax and stop receiving intense stimuli: it somehow reduces the visual fatigue of the screens. On the other hand and following more aesthetic patterns, this mode follows the current trend, or if you want to see it this way, it is more fashionable.

But there is another empirical advantage by which its arrival has been enthusiastically received by users: this mode allows a potential saving of mobile batteries, especially those that have OLED screens. And the savings are not less: Google recognized This mode can reduce battery consumption between 14% and 60% on an Android mobile. In addition to Instagram, other mass use products such as Twitter or YouTube they already offer such mode both in mobile applications and in their web versions.

"The biggest advantage in this way is that it reduces visual fatigue, something increasingly important due to the increase in the time of use of devices, especially mobile devices," Fernando Suárez, president of the Council of Official Colleges of Computer Engineering, explains to EL PAÍS . "Sometimes, looking at the past also allows us to involve and improve the user experience," he says. Now that Instagram already has a dark mode, all eyes are now directed towards WhatsApp, whose implementation seems imminent.