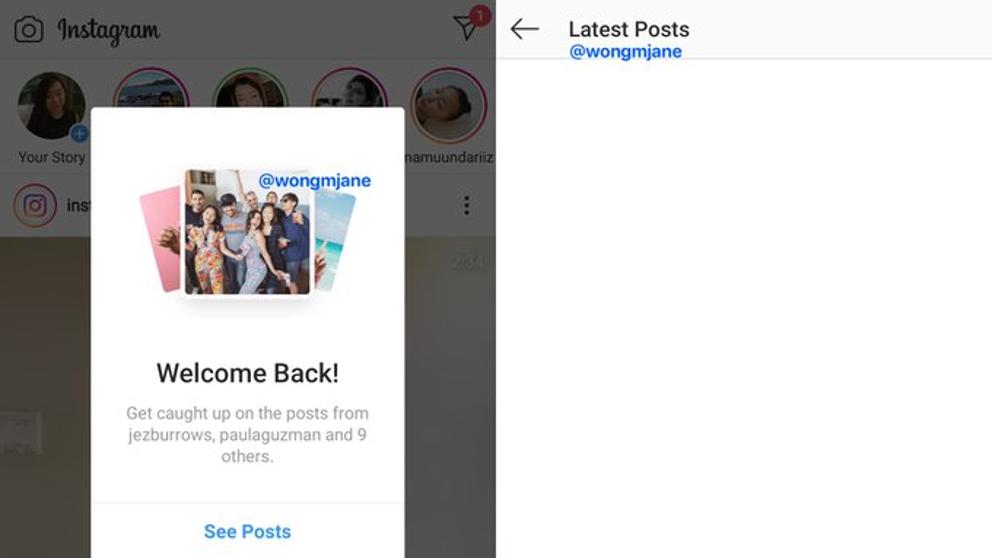 All those who have been connected to social networks for a few years will remember that, in the beginning, the platforms were in the habit of showing the publications in chronological order. With the development of algorithms, networks such as Facebook, Instagram and Twitter began to show first those posts that artificial intelligence considers most interesting for us, and some immediate effect was lost.

Now, however, it seems to be Instagram This option could be rethinking. As advanced by TechCrunch, the photo network owned by Facebook is testing a new functionality that would allow users to see the “latest posts”Of those profiles he follows.

Once again, we owe the analyst Jane Manchun Wong The discovery of this novelty. It was this reverse engineer who, precisely, published on her profile of Twitter some screenshots that show the option to see the most recent publications. Generally, all your advances have been confirmed.

As she explains on Twitter, Instagram is working on the “Latest posts” feed to catch up with the feed posts. Sounds like the chronological feed that people are asking for. Similar, but not the same, ”he adds.

This new function appears as a pop-up window on the main feed and takes users to a special area that shows the newest content in their network. With this option you can help ensure that users have not missed anything that is happening at that time.

Hours later of Jane Manchum’s Twitter post, Instagram confirmed to TechCrunch the authenticity of the chronological feed prototype. Later, posted a tweet in which they explain that “this initial prototype is of a hackathon recent ”, that is, an event in which programmers can experience outside their usual day-to-day programming. Instagram adds that the test “is not publicly available to anyone, and we have no plans to try it or launch it at this time.”

“It is not publicly available to anyone, and we have no plans to try it or launch it at this time,” they explain from Instagram.

Generally, a feature like this is first tested internally, and later tested in beta, as long as it fits Instagram’s goals. If finally the test results are positive, the functionality officially launches.

In this case, at the moment Instagram does not seem to have an imminent launch, but the fact that they are doing a test can encourage many users who miss the chronological feed.


In mid-2016, Instagram went from a chronological source to a feed based on the algorithm, which classifies the contents according to what it thinks users will like the most and that is based on aspects such as with what type of users and content we interact more. The decision generated not a few complaints among users, who were missing publications or were lost in the new order, however, Instagram did not give its arm to twist and has maintained this option so far.

The most recent feature that has been added to the application is a tool to show which users you interact with the least. This function allows to reduce, if we want, the amount of accounts that we follow, to get a feed more in line with our interests.

Does your phone fail in full confinement? So you can fix it