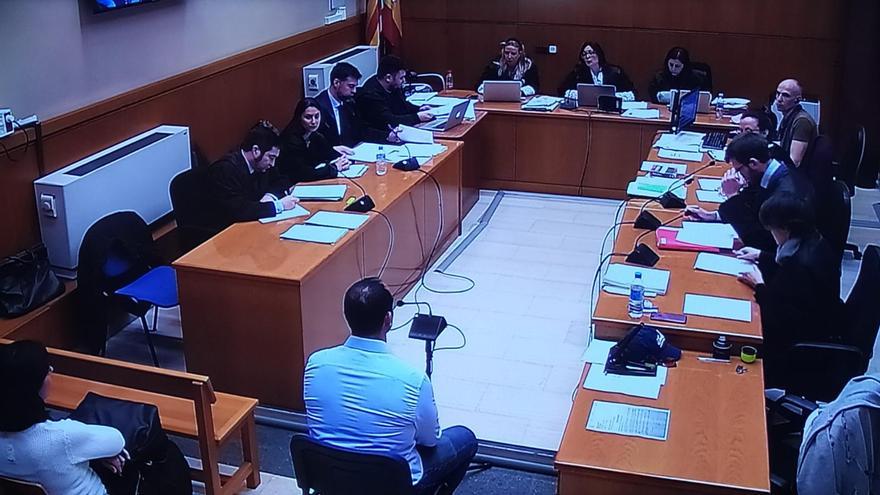 The inspector of the Mossos d’Esquadra Jordi Arasa, sentenced to two years and four months in prison for attacking peaceful protesters of 15-M, He has been the new head of the Tedax for several days, a position that was assigned to him about three weeks ago, when he was already removed from public order work.

The appointment of Arasa, who was head of the ARRO – anti-riot support unit – in Barcelona, ​​as the new head of the Tedax was decided before the reinstatement of Major Josep Lluís Trapero at the head of the Mossos, last Thursday week, EFE reports. Specifically, his appointment was decided about three weeks ago and has been effective for several days, although it has not transpired until this Wednesday.

The Audiencia of Barcelona sentenced Arasa to two years and four months in prison on June 9 and suspended from public office for the police charges in the indignant encampment in the Plaza de Cataluña in Barcelona, ​​on May 27, 2011, a sentence that has not yet become effective because the inspector appealed it.

Nine years after some images of police excess that went around the world, the Barcelona Court concluded that the blows with the truncheon against the “indignant” who, sitting on the ground “in an absolutely peaceful attitude, were not” justified in any case ” and even with their hands raised making the gesture of peace “, they tried to prevent the eviction of the camp.

The day after notification of Arasa’s conviction, the then head of the Mossos Eduard Sallent – who on Thursday of last week was relieved when Trapero was reinstated at the head of the Catalan police – announced that Arasa would be transferred to a post away from the public and street order.

Open letter to the Secretary General of the United Nations