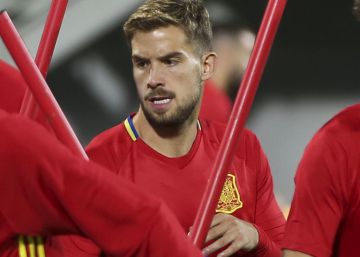 Iñigo Martínez preferred not to speak. He was expected to do so at the end of the training of the Basque team, which faces Venezuela on Friday in Mendizorroza, but already in Ibaia, the sports city of Alavés, he thought better and dodged the microphones. However, on social networks he made it clear that he will play with the Spanish national team each time he is called, while claiming that the whole controversy was based on a misunderstanding. "That nobody has doubt that, since always, my commitment is total with the @Sefutboland that I will work hard to be in future calls. Everything has been a misunderstanding between medical services. Nothing else. We continue! "He wrote in his official Twitter account, illustrating his words with a photo of his last match with Spain.