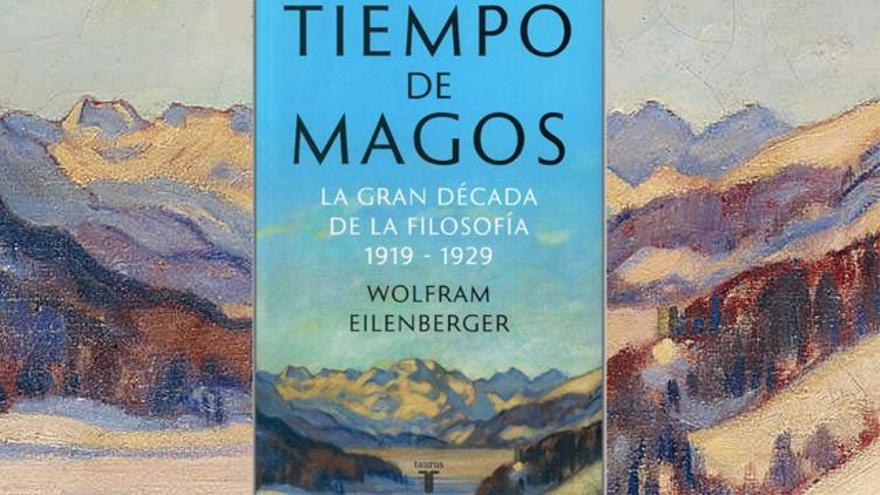 The issue of Judaism is very present; especially in the case of Cassirer, to whom his ancestry brought explicit problems; but also in Benjamin’s, with his always postponed will to go live in Palestine; And let’s not say that of Heidegger, who, on the contrary, had the dubious honor of being praised by the devil with the small mustache himself.

On the other hand, Eilenberger also descends to the prosaic, to the dissolute life of some of them, which seems to contrast with the sanity and temperance of the Cassirer marriage, who lead a life comme il faut.

The case of Wittgenstein is curious, the most architectural of the four, who, after the First World War, detaches himself from the family fortune. The author of the Tractatus wanted to know gravity, the effort of a person who works for a living (he, who had been a millionaire from the cradle), and decides to become a teacher in a mountain town. He also abandons this activity, for reasons that I do not reveal out of respect for those who have not yet read the book, and in six months he becomes an architect, together with his friend Paul Engelmann, whom he had met in the war, and who was a student of Adolf Loos. Together, but with a determined and stubborn participation of the philosopher, they make a house in Vienna for the Wittgenstein family. The plans are signed by both, but the thinker radically modified them, and during the work it was he who gave the orders. Which, according to Eilenberger, is not so strange: Kant presents his works as an “architectonic of reason” and in the second part of Goethe’s Faust, the properly philosophical one, the protagonist acts as an architect.

However, Wittgenstein sought perfection in what was built, more in keeping with mathematics than with construction. When the work of cleaning the work was already being carried out, he had the ceiling of a room pulled up to raise it three centimeters because that way, he maintained, one could really feel at ease. I remember that years ago, reading his aphorisms, I was struck by the treatment of a beautiful thing that he gives to a naked bulb, without a lamp, hanging from a ceiling in his palace. What seems to be either a foretaste of minimalism, or a search for sobriety, for the dispossession of ornament, as his countryman Loos had written in Ornament and Crime.

The building that accompanies the figure of Cassirer is the Warburg Library, which was in Hamburg and to which the philosopher went regularly. There, under a vault of light, the books were divided into orientation-image-word-action. This particular collection, which was of great importance, left in 1933 for London. The idea was for him to return, but the return was never consummated.

Benjamin was a wandering writer, and Eilenberger takes him around Paris, Berlin, Saint Petersburg and Capri, like a flâneur that he was, although always with the ambition to learn Hebrew and go live in the Promised Land. Despite this wandering, his veneration for the passages of Paris denotes an architectural inclination of which he left evidence in his essays.

And finally, there is Heidegger, who builds his house, his “thinking hut”, similar to the one that Wittgenstein built in Norway in 1914, which the author of Time of magicians does not collect, since his analysis focuses on the period 1919-29. But it is at this point in the construction of his house by a 38-year-old Heidegger that Eilenberger introduces, as if in passing, a reflection that is worth a whole book, at least for an architect: “Living precedes building.” At first glance, the phrase seems like a translation error or a fruit of dyslexia; But afterwards, once analyzed, one realizes how necessary it is to feel the place before putting the first stake in it, before unleashing the first dream of a new place to think in the head.