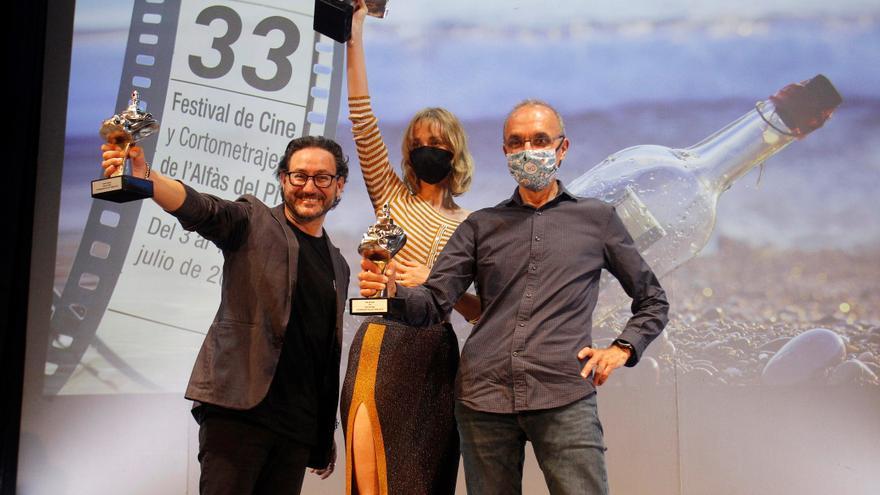 The event took place in the town’s House of Culture, with limited capacity due to sanitary restrictions, although, since many minutes before its start, the artists and guests have been arriving to take pictures and attend the media, such as It is tradition in the Alfasino contest.

The event was run by the versatile Jandro, magician, comedian, actor and writer, who, over the course of two hours, has mixed magic, music, illusionism and many ‘gags’ numbers.

Before the awards were given, the festival director, Luis Larrodera, thanked the municipality for the “commitment to culture”.

Later, the mayor of the town, Vicente Arques, stressed the promotional value of the contest “as the most important tourist promotion event in L’Alfàs del Pi” and reminded the winners that “soon” they will have a place in “the Walk of the Stars of El Albir “.

The Silver Lighthouse awarded to ‘Días de Cine’ has been delivered by director Daniel Monzón and collected by the director of the La 2 program, Gerardo Sánchez.

Ingrid García-Jonsson, protagonist, among other titles, of the feature film ‘Exploits Exploits’ and of Alex de la Iglesia’s upcoming premiere, ‘Veneciafrenia’, has received the Silver Lighthouse from the hands of the also interpreter Silvia Marsó.

Very excited, García-Jonsson described the recognition as “wonderful” because, as she said, it is “a pat on the shoulder that tells you that you are on the right track.”

The third Silver Lighthouse has been for Carlos Santos, Goya Award for Best New Actor in 2016. Director Alejandro Ibáñez, son of Narciso Ibáñez Serrador, has presented him with the distinction.

Carlos Santos has stressed that L’Alfàs is “the first festival” that he attends “after this black year” and, furthermore, it is “the first place” where his family and friends meet again.

The gala ended with the performance of the singer Soledad Giménez, who has performed several songs from her latest album and closed the show with Carlos Santos himself on guitar, singing the famous “How we changed” by Presuntos Implicados as a duet.

This year, the contest will also recognize the figures of Fernando Fernán Gómez and Luis García Berlanga on the occasion of the centenary of their birth.

The best short film directed by women will also be awarded, endowed with 500 euros and an award designed by Amparo Boluda, which will be chosen among the films that compete in the official section.