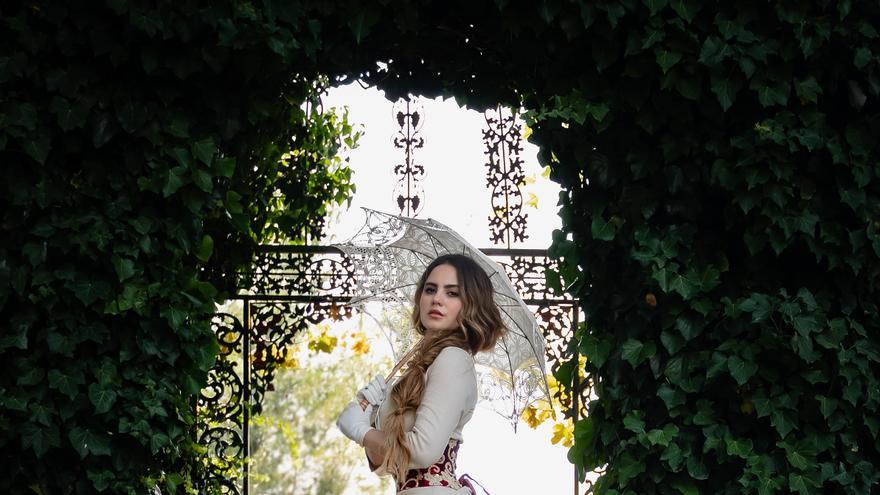 Mexico, Feb 12 (EFE) .- The Mexican singer Ingrid Contreras wanted that on Valentine’s Day there would also be talk of “who is not in love and is not having a good time” and that is why she released the song “Poor heart” this Friday.

“Before Valentine’s Day, why not make a day for people who are not in love? Those who are not having a good time and who do not even want to get up on February 14 to see so many balloons and flowers”, said the 25-year-old Mexican regional genre singer who was born in Sonora, in northwestern Mexico.

However, for her it is important that heartbreak does not turn into defeat and that she wanted to explain in “Poor Heart”, a song of pain and sadness for a loss of love.

“My song is about pain but, like all my songs, it shows the person who is hurt but not completely destroyed. (…) I want it to be an outlet for these people and that they dedicate it and enjoy it,” he added.

Ingrid began to sing at age 4 listening to the music that her mother listened to “all day” like Juan Gabriel, Rocío Durcal or Marisela, together with whom she discovered that her greatest passion would be ballads, songs in Spanish and mariachi music. .

And after 2 years of formally starting his career, he publishes “Pobre corazón” and reaffirms his tastes and his talent for the interpretation of this type of song, in which he is capable, he said, of “empathizing” without having lived a similar story .

“I am to let my imagination fly … Or maybe I have lived something not so similar and I try to connect it. I am very dramatic, I have always said that perhaps in another life I suffered a lot because I connect easily,” she said.

“Pobre corazón” is the third song that the composer Poncho Arocha gives her and, from the first moment, the artist enjoyed it, both listening to it and singing and recording it.

And it was later when he learned that the renowned Ana Bárbara, composer and performer of songs like “Qué poca”, was also participating in the lyrics of the song, and it was a pleasant surprise that gave meaning to everything.

Because according to Ingrid, most of her songs, especially those about pain, are written by men and for this she appreciates the female contribution to the songs.

And in this sense, Ingrid is making her way into a musical genre in which it is sometimes difficult to succeed and overcome barriers as a woman.

However, the Sonoran woman perceives herself as “stubborn” and that, as her surname says, “gives the counter”, so she does not lack the desire to continue fighting in the difficult musical world.

“It has been a bit slow and the gender is difficult because I am also a woman. But I also have strength because I am a woman,” he said.

The video for the song, which was released this Friday, is also part of the singer’s personality, as she enjoys getting involved in the entire creative process.

And he assured that, although for musical tastes she is “a lady”, for audiovisuals she is inspired by more current artists.

The video clip is inspired by his favorite movie saga “Pirates of the Caribbean”, something that can be seen in the costumes and the setting.

“I like to be very involved in everything that has to do with my project and in the videos especially. (…) When they gave me the finished song I started thinking about ‘Pirates of the Caribbean’ and I imagined the dress, the prince and the castle, and that’s how it emerged, “he concluded.