Archive image of a buffet in an establishment in the Canary Islands. / ARCADIO SUAREZ

All food items in the kitchen have gone up, some over 100%. An island chain with five four-star hotels will pay 1.5 million euros more this year than in 2019

Gold price buffet. The rise in food prices, which has made the shopping basket of Canarian families substantially more expensive, has not been unrelated to the hotels, bars and restaurants of the islands.

All of them have raised prices as a way to compensate for the increase in costs. although the rise has been contained by the market situation, to which 100% of the increase cannot be applied due to the risk of losing part of the demand.

In the case of hotels, the increase in prices ranges between 4% and 6% in tour operator contracts and 15% and 20% in what is direct sale of the web to the client, according to sources in the sector. The travel platform Destinia points out that the rise per room, person and night on the islands is up to 25% for July and August compared to 2019.

The sector recognizes increases but less than the costs

Industry sources acknowledge that increases are being applied but they assure that part of the increase is being assumed by the hotelier himself on account of his margins. «If you go up more than 20% you are dead. Nobody goes to your hotel, ”say these sources. Everyone is aware that profitability this year will decline.

Going into detail, the
meat It is one of the items that has become more expensive this year, with an average increase of 65%: the entrecote has shot up 94% and 62% has done the chicken breast. This chain will spend almost 100,000 euros on this type of meat alone this year, 30,650 more than two years ago.

The
fish He has not lagged behind in the increases. On average, it has risen by almost 30%, with the saithe fillet in the lead, with a 77% rise. This chain will pay 30,000 euros more this year for this product.

The
fruits They also suffer from inflation, with melons leading the way after registering a rise of 63% and a disbursement this year of almost 70,000 euros.

Not a single food is left behind by this inflation. The
bacon has risen by 40% (the annual extra cost for this chain is 40,000 euros) and the
Gouda cheese 60% have done it and 40% the
manchego. 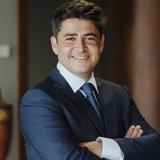 «We are confident that we will have a good summer in terms of the forecast of tourist arrivals, but, without a doubt, there will be a loss of profitability due to the increase in costs», is the reflection of Andrés Domínguez, CEO of the HD Group, on the new tourist season and that coincides with the one carried out by the two presidents of the tourist associations of the Canary Islands, José María Mañaricua (Feht) and Jorge Marichal (Ashotel). Both of them
pointed in that medium A few weeks ago, despite the fact that it would be a good summer, the profitability of the establishments was going to be reduced by inflation and the increase in costs.

The also member of the Círculo de Empresarios de Gran Canaria stated, on this same matter, that "they are detecting a high level of cancellations due to problems in airport infrastructures in the countries of origin and due to service provisioning problems in general".

To all these circumstances, which generate uncertainty in the sector, we must add “what some call the perfect storm: the war in Ukraine and the economic insecurity it leaves behind; and, on the other hand, the increase in fuel costs and prices». Despite all these aspects, which seem to work against the recovery of tourism on the islands, the forecasts for the summer are good. Although, according to the businessman, "it is almost mandatory to remain prudent and very attentive" and review the data almost daily.

After the pandemic, as Andrés Domínguez explains, “a new traveler has emerged who is more demanding and selective, who seeks non-crowded and safe destinations”, a tourist who wants “less trips and shorter stays”.