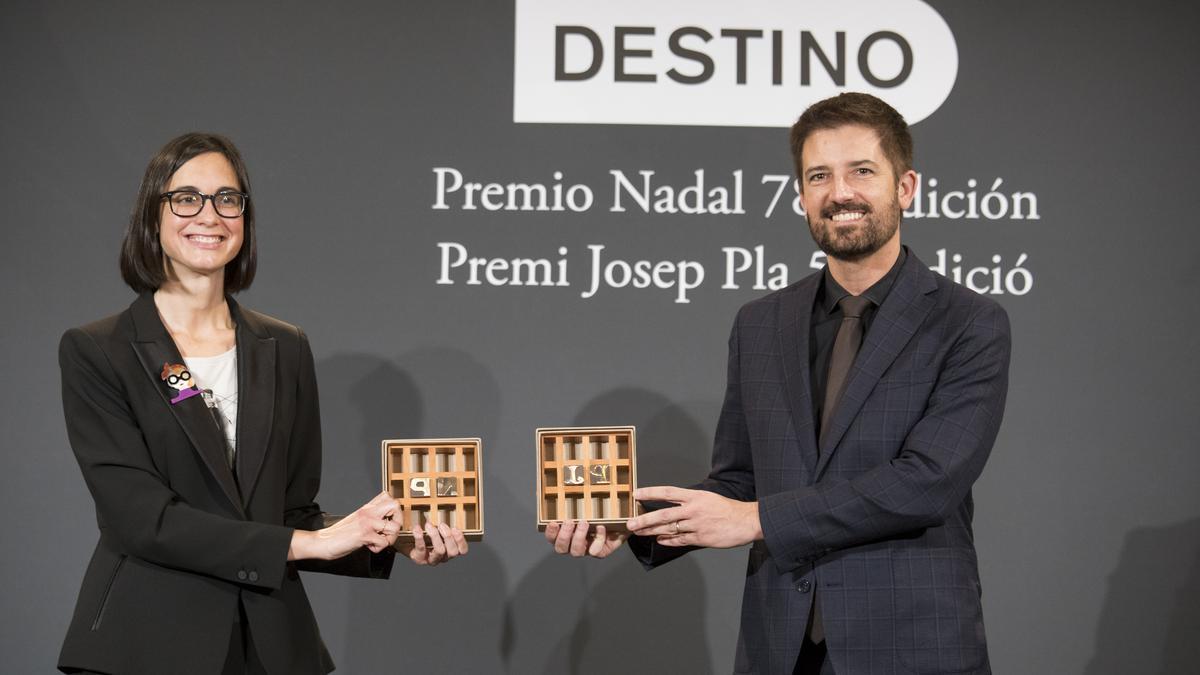 The novel 'The forms of wanting' by the journalist Inés Martín Rodrigo has been chosen as the winner of the 78 Nadal Prize 2022, the earliest recognition of the year in the world of books and which is traditionally announced on Three Kings Day. Past year, Catalan writer Najat El Hachmi won this award, endowed with 18,000 euros and the publication in Destino (Planeta) with On Monday they will love us. The Josep Pla award went to the journalist Antoni Cruanyes, for The vall de la llum.

In Monday they will love us, the protagonist suffers a very strong emotional crisis that causes her to hit rock bottom, and in the middle of "an inconsolable duel", in the words of the author, she takes refuge in words, thus putting her at the center of the story the power of literature. A plot that runs parallel to the history of Spain, from the Civil War to the beginning of the 21st century.

Martín Rodrigo, who presented himself under the pseudonym María Bacana, said she was "impressed" to be collecting the award after many years "on the other side of the mirror," in reference to her work as a journalist for the newspaper ABC. "For me to receive the Nadal award is an honor and a privilege, and to do so in the year that we celebrate the centenary my adored, dear and admired Carmen Laforet, the first writer who won the Nadal, although we could rather say that it was Nadal who she beat Carmen Laforet ", he added, in a few words addressed to the media gathered at the Hotel Palace in Barcelona.

"This award is clear proof that the fictions we invent for ourselves sometimes come true," said the author, who dedicated the award to her mother, Aurora. "I decided to write this novel in search of some relief in these dark times that we have had to live," he said. And alluding to the recently deceased Joan Didion: "we tell ourselves stories to survive." "The written and read words have always been my best refuge," said the author, born in 1983

The jury has been made up of the writers Alicia Giménez Bartlett and Care Santos (Nadal Prize in 2017), and the writers Lorenzo Silva (Nadal Prize in 2000), Andrés Trapiello (Nadal Prize in 2003) and Emili Rosales, as well as the year previous. The work has been chosen from among five finalists who, according to what was communicated the day before, are The invisible past of the writer from Villanueva de la Cañada (Madrid) Carolina Redondo Fernández (author of Newton's dream), A love of my own by Albertine Simonet (pseudonym), The life that left by Candela Vázquez Soto (pseudonym), How to light a fire by screenwriter Almudena López Molina and The theater in the middle of the ocean by Marta Camino (pseudonym).

937 manuscripts have been submitted to the contest (107 less than in the previous call), in which, as reported by the publisher, historical and police novels have predominated and, most prominently, "intimate stories that delve into personal plots or social through literary elaborations ".

The Hachmi won the Nadal last year with a feminist and initiation story. A text about the discovery of the self, with an adolescent character who reflects on his cultural education. The year before she was also a writer, the poet, playwright and comic expert Ana Merino, the award-winning, with The map of affections. The Nadal was first awarded on January 6, 1945, generating a great success for the young novelist Carmen Laforet for Any. Thanks to the repercussion of Any, the award gained prestige in the literary world.

Other authors such as Sergio Vila-Sanjuán Robert, Álvaro Pombo, Maruja Torres, Francisco Casavella, Ángela Vallvey or Fernando Marías have taken it away in this century.

In the same call, the ruling of the 54th Josep Pla Prose Prize in Catalan was announced, which went to The vall de la llumby Antoni Cruanyes. An award worth 6,000 euros, whose finalists are 1929, by Toni Giménez Alonso, The sniper, by Josep Masanés Nogués, The free de l'avi, by Maria Becana (pseudonym), Zero program, by Jordi Deu (pseudonym) and Sense futur, scored by Joaquim Carbó when we have the information.