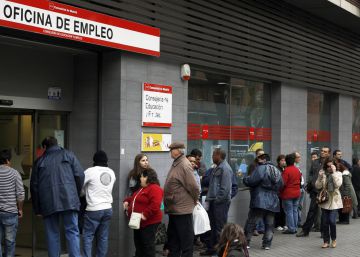 We must make a great leap back in history to reach the period in which the convergence between regional incomes was marching at the highest rate of almost 2.5%, according to Fedea. It was the sixties of the last century, shortly after Franco’s Spain decided to break with the autarchy and implement a series of reforms aimed at liberalizing the economy. As of 1973 – the year in which the first oil crisis broke out – this process lost its bellows, and since the mid-1980s the convergence rate was below 1%, until entering negative territory during the crisis.

Despite the ups and downs, the distances in per capita income between the richest autonomy (which in 1955 was the Basque Country and in 2018 Madrid) and the poorest (Extremadura, both in the fifties and now) was halved in these 60 years, from 124 points in 1955 to 65 in 2018, according to The territorial dynamics of income in Spain, published on Tuesday by the Foundation of Applied Economics Studies (Fedea).

But all that glitters is not gold. Convergence is not explained only by the progress of the most lagging regions, whose per capita income has grown on average at a more sustained rate throughout the period analyzed. There is another essential ingredient to square the circle: the advance of the per capita income of the richest has slowed down has also contributed to narrow the gap. “The richest regions grow more slowly than the others and are losing advantage,” summarizes Ángel de la Fuente, author of the analysis and director of Fedea.

The studio leaves it black on white. The document dissects Spain into five macro-regions based on both territorial and economic criteria: the large industrial centers (Basque Country, Catalonia and Madrid), the island communities, the south (Andalusia, Extremadura, Castilla-La Mancha and Murcia), the northeast (Galicia, Asturias, Cantabria and Castilla y León) and the Ebro Valley (La Rioja, Aragón, Navarra and Valencian Community).

The per capita income of both the industrial areas, the richest, and the southern regions, with the lowest income, converged rapidly until 1980 – the first down and the second up. On the other hand, the rate of approach to the average income in the Northeast remained upward during the entire period analyzed, and downward that of the Ebro Valley. The islands, on the other hand, marched aft until the beginning of the century, reaching the national average, then collapsing in the mid-2000s with the bubble prick.

The study is based on the breakdown of per capita income into three components: demography, employment and productivity. Each of them has contributed to the convergence process of income, but its weights on this variable have changed throughout the period analyzed.

“The origin of the differences 60 years ago was almost just productivity, while now there is also the occupation”, Summarizes De la Fuente. His analysis details how productivity lost its leading role in the dynamics of relative income since the turn of the century, while the employment factor – whose weight has climbed in 63 years from 13% to 62% – has become the most relevant element in the composition of income. In addition to being the main source of income disparities.

The study highlights that regional productivity contributed positively to convergence during most of the period. The increase in unemployment and the decline in the employment rate, on the other hand, had a slowdown effect in reducing regional inequalities, starting in the 1970s and especially with the 2008 crisis. “The difference is that in In the fifties there was no unemployment anywhere and now it has been high for decades, especially in the poorest regions, ”adds the economist. “Surely now it is more difficult to reduce differences in employment than in productivity, but you have to throw in both places,” he concludes.

Between 1955 and 2018 the regional distribution of income has remained fairly stable. In the fifties the richest communities were the Basque Country, Madrid, Catalonia and Navarra, in this order. On the other end were Extremadura, the poorest, Galicia, Castilla-La Mancha and the Canary Islands. 63 years later, Madrid has managed to displace the Basque Country and take the first position, while Andalusia has retreated to place itself in the area of ​​the most lagging communities, in penultimate place.

In most regions, the productivity component has played a fundamental role in the variation of relative income, while the poor performance of the employment factor had an important weight in a series of intermediate and low income communities: Asturias, Valencia, Cantabria, Extremadura, Canary Islands and Andalusia. On the contrary, in Madrid, the Basque Country and Catalonia, the good performance of the occupation benefited the income dynamics.