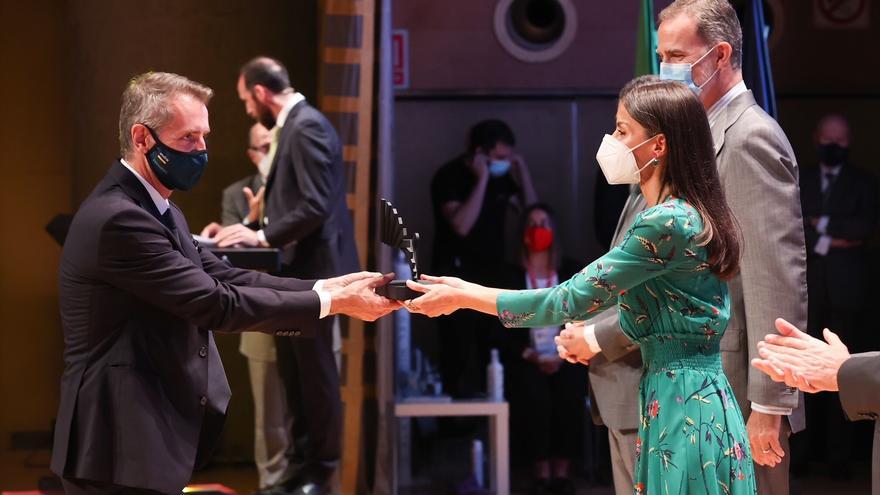 The new president of Indra, Marc Murtra, has collected this Thursday in Granada from the hands of the Kings the National Prize for Innovation in the Large Company category, an award given by the Ministry of Science and Innovation of Spain.

Indra's merits include "genuinely representing the best values ​​and principles of innovation in Spain, due to its importance in various sectors from the perspective of digitization and its position at the forefront of R & D & I" .

Likewise, the jury has also recognized him "to exercise the essential role of traction and promotion of innovation in other companies, with special emphasis on SMEs in the sectors in which he is a leader".

Since its origins, Indra has been committed to innovation, which has been at the center of its strategy as a technological partner in various sectors with a view to creating value in Spain and globally, the company said in a statement.

Among the economic areas where the company has generated a notorious impact is the transport sector, infrastructures, air traffic management technologies, an area in which it enjoys a world leadership position, in large defense or space programs Europeans or in the modernization and digitization of companies and the administration, through his company Minsait.

In recent years, the company has sought to develop an open, agile and flexible innovation model to strengthen and expand its connection with technological innovation ecosystems at a global level.

To do this, the company has sought different foci: startups or entrepreneurs with ideas through its Indraventures fund, university research groups or Indra's own professionals, a group of 48,000 people, 3,000 of whom are dedicated to R & D & I .

In fact, Indra recently called its fifth intrapreneurship contest for workers to launch new ideas of value within the company.

Greatest investment effort of the decade

According to the EU Industrial R&D Investment Scoreboard Index, Indra is among the leaders in its sector in investment in innovation with 265 million euros, 7% of its sales, dedicated to this concept in 2020, which was the largest expense of its history in this section, despite the pandemic.

Indra is completely oriented towards the creation, design and development of its own solutions and business models with a strong innovative component, which generate a high impact and benefits both in the organization and in the different markets in which it operates.

This commitment to innovation allows us to offer cutting-edge solutions at the service of sustainability, while the company plays a leading role in some of the main national and European R & D & I initiatives that design the new generation of technologies for the different sectors, such as the FCAS (Future Combat Air System).

Indra is the Spanish industrial coordinator of this, the largest joint European Defense program to date and the most ambitious in terms of technological development, which will represent a huge opportunity for Spanish industry.

Likewise, Minsait, the Information Technology subsidiary, is at the forefront of innovation in technologies such as big data, analytics or IoT and develops advanced digital solutions for areas such as smart cities, energy and smart grids, e-Health, services financial, industry or tourism, among others.

In this field, the Spanish technology company participates in programs such as the creation of the so-called Single European Sky or others that advance towards the digitization of transport such as Shift2Rail.

Recently, the company recently announced the creation with Enaire of a pioneering project of public-private initiative for satellite technological innovation, which aims to put into orbit a network of more than 200 small-sized satellites at low altitude to improve management of air traffic with a vision of global service throughout the planet.