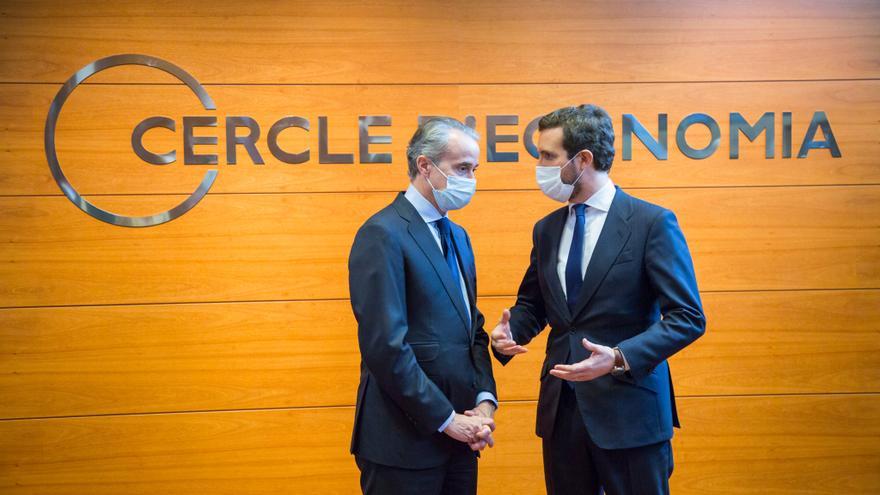 The president of the Popular Party, Pablo Casado, gave a conference on Monday before the Cercle d’Economia de Barcelona, ​​a Catalan business organization, in which he claimed to have “the vaccine” against “the virus of populism” which, in his opinion trial, is being inoculated in Spain by the Government, in the same way, according to him, that has happened in the US and that motivated the riots in the Capitol, by supporters of Donald Trump, on January 6.

“What happened in Capitolio teaches us to become aware of which is the correct side of history. With populism you cannot agree, much less be a traveling companion because when crossing the river that scorpion always ends up nailing its stinger,” he assured Married. In his opinion, “the virus of populism affects left and right.” The leader of the PP has always equated, in that sense, United We Can and Vox. But as he said this Monday, the PP has “a vaccine” against that virus, which has to do with “political action” based on “some principles.”

His recipe goes through the defense of “individual freedom against collectivisms”, the vindication of “private property” that for Casado is being “attacked by the squatting of houses”, “market freedom” against the “measures protectionists “and the” rule of law. ” “Without law and institutions, democracy becomes the law of the jungle,” said the leader of the PP before part of the Catalan business community.

Referring, at that point, to the political situation in Catalonia, Casado has considered that “dialogue cannot be invoked to destroy the dialogue par excellence that was the Constitution. It is not possible to go from the rule of law to the right of state, because in the end you end up with a state without rights “.

In the difficult balance that he has maintained for months To try to defend the autonomous communities governed by the PP, which during the pandemic have shown opposing strategies to deal with COVID-19, Casado has wanted to defend, on the one hand, the work of Isabel Díaz Ayuso at the head of the Community of Madrid , being one of the most reluctant regions to approve restrictions to fight against the virus, and that of Alfonso Fernández Mañueco in Castilla y León, who asks to tighten the measures and who approved last week to advance the curfew to 20.00, a decision which has been appealed by the Government.