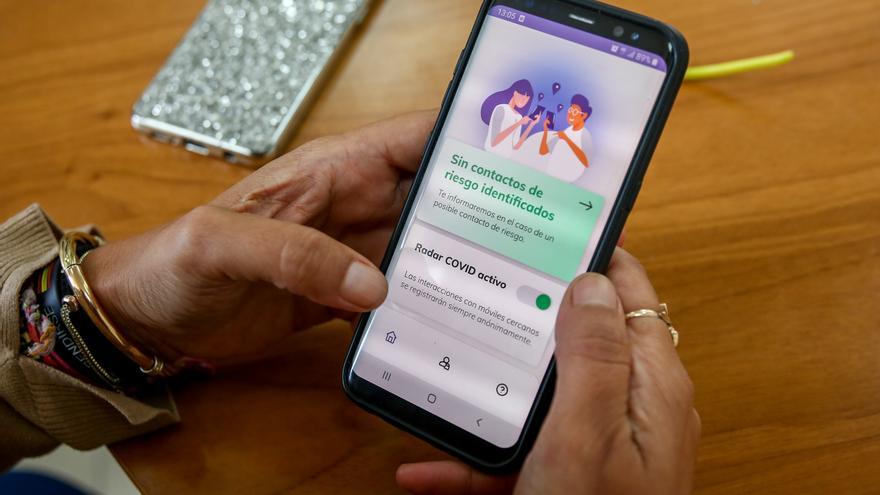 The Spanish infection tracking application, Radar COVID, works. At least on a technological level. A study published this Tuesday in the journal Nature by independent researchers, in which the developers of the app have also participated, has contrasted that Radar COVID detects an average of 6.3 risk contacts for each user who communicates their contagion to the system. Of these, “a significant percentage” are registered among strangers, that is, among people who do not know each other and who pose more difficulties for manual trackers.

Of course: the researchers emphasize that it is necessary for the authorities to promote its use and remind citizens of the availability of the tool. “A priori, this technology works and after appropriate communication campaigns it could have a sufficient level of penetration and compliance to help and serve as a useful adjunct to manual contact tracing and other non-pharmaceutical interventions in containing outbreaks, thus justifying its deployment at the national level “, pick up the study.

The investigation was carried out between June and July 2020, during the pilot project that the Government carried out with Radar COVID on the Canary island of La Gomera, in which simulated infections were used. Given the lack of research on this technology, which uses the bluetooth of mobile phones, the study emphasizes that these effectiveness data from COVD Radar represent “much-needed empirical evidence of the usefulness of digital contact tracing as a complementary epidemiological tool at the level National for Containment of COVID-19 “.

The more than 15 academics and signing experts, including Spanish and international university professors or lawyers specialized in systems auditing and data ethics, supervised the operation of the app and carried out surveys with the participating volunteers. Its results confirm the figures offered by the Government in July after the pilot.

The researchers found several strengths of the app. “After an important communication campaign, we estimate that at least 33% of the population adopted the technology,” they refer. Installed by a third of the population, Radar COVID was able to have an impact on the tracking of infections.

In addition, it obtained “relatively high” rates in terms of “adherence” (people who downloaded the app and continued to use it ten days later), “compliance” (people who communicated to the app their positive for coronavirus through the 12-digit code sent by health services), as well as a quick “response time” (which includes two factors: the people who report their positive to the app within 24 hours of receiving the PCR results; and the time that passes since enter the code until their close contacts receive the Radar COVID notification).

On the other hand, the weak points include the low rate of people who, having been notified of their risk contact through the app, decide to contact the health services. This finding, coupled with the fact that the La Gomera pilot was carried out after that “important communication campaign” among the island’s population, makes the researchers consider it essential that the authorities encourage its use for the system to be successful.

This Monday, the Vice President of Economic Affairs and Digital Transformation, Nadia Calviño, influenced the same issue, urging the autonomies to “give a push” to the implementation of Radar COVID. “Once this app has been made available to the autonomous communities, the important thing is that people who have a positive PCR be provided with a code that allows them to enter it in the app”, he stressed: “It is essential to accelerate the distribution of these codes so that the app can fully deploy its effect and contribute to the work of tracking and fighting against the spread of the virus in our country “.