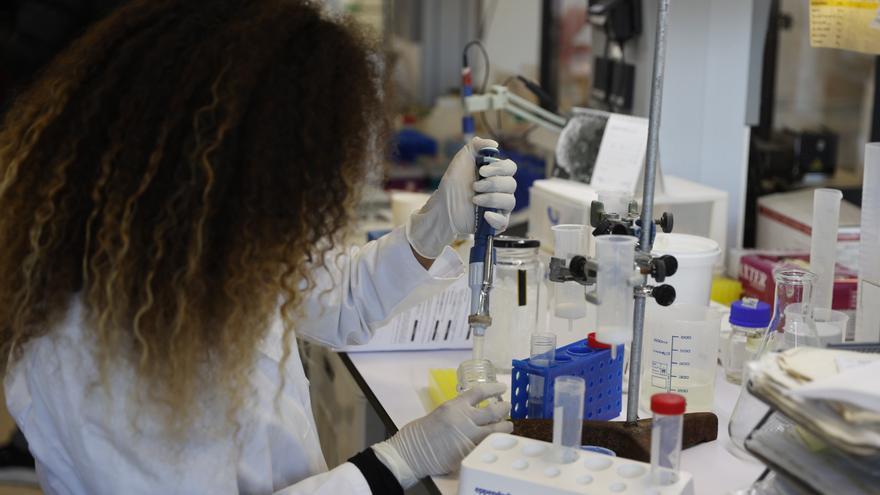 Create an attractive and stable research career, promote the transfer of knowledge to society and improve R&D management. These are the three main objectives pursued by the reform of the Science Law, which has just been released by the ministry headed by Diana Morant and which is the second version of it after the one presented by her predecessor, Pedro Duque, who was highly criticized by the scientific community in some aspects that have now been modified.

To improve the industry the draft of the Law of Science, Technology and Innovation -which is still open to suggestions for improvement until next January 26- proposes to extend the duration of contracts for access to the Spanish Science, Technology and Research System (SECTI) to between three and six years, create an indefinite contracting modality , facilitate the access of young researchers to tenured positions, includes severance payments for pre- and post-doctoral students, introduces various measures to promote gender equality in the sector, to improve transfer, such as the creation of specific six-year terms, reduces the bureaucratic burden that suffocates and limits researchers and remembers the technical staff developing their career, among other measures.

From the CCOO trade union section in the CSIC they believe that the new wording of the law "improves substantially" with respect to the first version of the text, "but it still does not solve the most important problems that affect the Spanish scientific-technical system", both the structural like the new ones that the coronavirus crisis has created, they explain from the union.

One of the main novelties of the Government's proposal is the introduction of a new indefinite contract that will replace the current work and service contracts that thousands of researchers have. The ministry intends to give researchers stability with this new contracting modality, which is intended to "carry out tasks related to lines of research or scientific-technical services" and that "may be for scientific staff or for technical and management staff" .

In addition, this new contract will not be subject to the replacement rate (to the retirement of another researcher to fill that position) "if it has external financing or funding from calls in competitive competition".

This measure is part of the labor reform that the Government is processing, which the CCOO describes as a "great opportunity" to reduce the "very high temporality" in the sector, which figures at 45% in the Higher Council for Scientific Research (CSIC) and a 30% in Public Research Organizations (OPI).

For the union, however, the replacement fee should disappear completely, and although it admits that this measure "progresses in the stabilization of personnel", it maintains that it must be accompanied each year by "a commitment from the State to provide the Spanish Science System, Technology and Research (SECTI) with a sufficient number of places so that, in the medium term, these workers can apply for a permanent position in the administration".

This change, which is part of the Royal Decree on urgent measures for labor reform approved at the end of last year, has not delighted the Conference of Rectors of Spanish Universities (CRUE) –a good part of the public research on Spain-, that warns that it could prevent the hiring of 25,000 researchers in Spanish universities, which regularly use this formula for research projects. The CRUE requests "an alternative" or that the three-month period that the RD grants to adapt to this provision be extended.

Offering a more stable career with development possibilities is another of the objectives of the Science text, according to the ministry. To this end, the duration of the current contracts for access to the research system is extended, from between one year and five, for a minimum of three years and a maximum of six. These contracts, which give access to public universities, organizations, foundations and public research consortiums, will have teaching hours limited to 100 hours so that researchers can focus on their main work. In addition, it is contemplated that they have the right to compensation (12 days per year worked), a claim from the sector of years.

However, the plan remains halfway, according to CCOO, because although he describes these compensations as "great progress", he regrets that they will not be retroactive and will only apply to contracts signed after the law comes into force. In addition, the union regrets, the regulatory development "lacks the necessary definition regarding basic remuneration, rights to supplements, independence for the request of own projects and a long etcetera".

The Government's draft includes for these access contracts an evaluation of the investigative work of the contractor after the second year of the contract, which in no case will mean a dismissal, the text clarifies. Yes, it may include a salary increase if it is exceeded and the contract is financed by the Government (although this is a declaration of intent that remains outside the law) and above all it will allow the person hired to obtain the R3 certificate of established researcher, which which in turn will exempt you from having to take some parts of the access tests to become a tenured scientist in the Public Research Organizations (OPI). 15% of the Public Employment Offers (OPE) of the Universities and 25% of those of the OPI will have to be reserved for this profile.

"The reserve of 15% of the OEP for personnel who have obtained the R3 certificate (former I3) after their Ramón y Cajal contract already exists in the universities.", lowers the CCOO announcement. In addition, the union dislikes Science that limits obtaining this certificate to doctoral staff who have completed their postdoctoral career in programs considered "excellent" because it considers it "clearly insufficient to promote the recovery of lost talent" and proposes instead that they open calls for all staff with a minimum experience of between three and six years "regardless of where they acquired that experience".

Science also tries to attack with its proposal one of the great problems in laboratories, the great bureaucratic burden that scientists have and the complexity to justify each small expense that they need to make. To do this, the draft bill proposes to simplify the justification of subsidies, so that the verification of expenses will be done by sampling and not in its entirety, and the direct granting of aid to projects that have already been evaluated by others will also be allowed. Spanish organizations.

Spain is a country that does a lot of research, but all that knowledge does not end up reaching society. From the Ministry of Science they always repeat a fact that illustrates this situation: Spain is the 11th country in the world in scientific production, but the 30th in innovation. The ministry intends to correct this dysfunction.

To do this, it proposes to recognize transfer six-year terms, with remuneration and promotion effects, to encourage researchers. The bill also regulates the public purchase of innovation, among other measures.

The text also includes proposals to move towards gender equality in the sector. The draft law includes several measures along these lines, among which are the obligation for all investigative bodies to have an equality plan and a protocol against sexual or gender-based harassment; measures of "positive action in favor of women (...) to support the advancement of women in scientific careers"; ensure a "balanced composition" of the evaluation and awards committees, which must have at least 40% women; and the creation of a gender equality label for research organizations is also included. Minister Morant explained to this newspaper that the intention of the ministry is that this seal implies benefits for the organizations that obtain it.