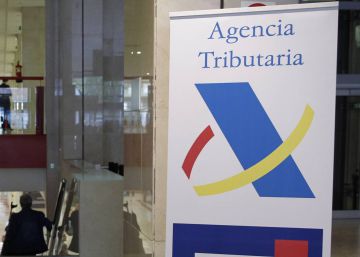 Beyond changes in the minimum by descendant disableddeduction of inherited or donated property and rented, reincorporation to the same job after a voluntary resolution, payment of a multi-currency mortgage and annulment of the clause, interest for delay in exempt judicial compensation and compensation for dismissal of members of senior management in a company, these are the main novelties of this campaign.

Who has to declare?

“Like last year, all individuals residing in Spain who in the year 2019 have had income from work income greater than 22,000 euros, if they came from a single payer, will have to file the declaration,” explains Rebeca Vázquez, partner from the Aveira Asesores office. What has been changed is the limit for those who have had more than one payer last year. The tax return must be delivered to all taxpayers who have received more than 14,000 euros per year from various payers (in the previous income campaign they were 12,643 euros), if the sum of the amounts from the second and other payers exceeds 1,500 euros per year .

Likewise, the minimum limit of 14,000 euros is established “when the taxpayer receives a compensatory pension from the spouse or annuities for non-exempt alimony, in the event that the payer of income from work is not obliged to withhold personal income tax or when full earnings from work are received subject to a fixed rate of withholding ”, adds Vázquez.

It should not be forgotten that, among other cases in which it is necessary to file the declaration, there are also people who have the right to apply the transitional regime of the deduction for investment in habitual residence, the deduction for international double taxation, or have made contributions to protected assets of people with disabilities, pension plans, insured social security plans, corporate social security plans, dependency insurance or social security mutuals that reduce the tax base, when they exercise the corresponding right.

“The taxpayers will also declare that, initially, they would not be obliged to do so based on the amount and nature or source of the income, but request the corresponding refund. This is the case, among others, of those who have withheld withholdings and income on account of maternity deductions, large family or people with disabilities in charge ”, adds Vázquez.

How is the declaration model?

“This year the identification or ratification section of the taxpayer’s fiscal domicile has been modified, which is offered separately from the rest of the declaration,” explains Agustín Fernández, member of the technical council of the Registry of Fiscal Advisers of the General Council of Economists. “In this way, the taxpayer will be able to ratify the last available tax address or, where appropriate, modify it in a simpler and more intuitive way,” he adds.

In relation to income from real estate capital, a new voluntary completion annex is created, in which taxpayers can review the NIF of the suppliers of certain expenses, as well as their amount. In addition, “to facilitate the calculation of the net return and the control by the Administration, all the concepts necessary to calculate the amortization are broken down, which represents one of the main deductible expenses”, highlights Fernández.

With regard to returns from economic activities in direct estimation, this year the declaration requires a more detailed breakdown of income and expenses, so that, in the coming years, there will be a convergence between the detail contained in the Income statement and that of the registry books that entered into force on January 1, 2020. This breakdown mainly concerns personnel expenses, such as social security by the company, or contributions to alternative mutual funds of the owner of the activity differentiates the expense for insurance premiums and the provisions for the amortization of tangible and intangible fixed assets, and includes boxes for the VAT accrued or borne as higher income or expense of the activity.

What reduction is there for earned income?

For workers with the lowest incomes, this year the amount of the reduction for obtaining work income is increased, up to 5,565 euros per year, as well as the threshold of net work income that allows this reduction to be applied, up to 16,825 euros.

How are the exemptions applied?

In order to take advantage of the exemption provided in the individual systematic savings plans, life insurance contracts concluded after April 1, 2019 are required to implement the plans and in which reversal mechanisms are established, certain periods of benefit or counterinsurance formulas in the event of death, meet a series of requirements. “These requirements are not required nor are they applicable to life insurance contracts entered into prior to April 1, 2019, regardless of whether the constitution of the life annuity is made after this date,” warns Vázquez.

Regarding the application of the exemption of the capital gain for reinvestment in life annuity, this will be possible only if the same requirements of the individual systematic savings plans are fulfilled in contracts signed from April 1, 2019, and in the that reversal mechanisms, certain periods of benefit or counterinsurance formulas are established in the event of death. Again, these requirements do not apply to life insurance contracts entered into before April 1, 2019.

What are the limits for objective estimation?

The objective estimation regime can be applied to businessmen and professionals whose full income does not exceed 250,000 euros for all economic activities, except agricultural, livestock and forestry activities, and 125,000 euros for operations where there is an obligation to issue an invoice when the recipient is an entrepreneur, according to a transitory provision whose validity extends until this year. Regarding the volume of purchases of goods and services, this is 250,000 euros, excluding the acquisition of fixed assets.

“For agricultural, livestock and forestry activities, the exclusionary limit of 250,000 euros per year is applied both for the full return in the immediate previous year on all agricultural, livestock and forestry activities carried out by the taxpayer and for the volume of purchases of goods and services, excluding the acquisition of fixed assets, “adds Vázquez.

Fernández recalls that on April 9, an Order of the Ministry of Finance was published that reduces for the 2019 tax period the net return indexes applicable in the objective estimation method of the Personal Income Tax for agricultural and livestock activities affected by exceptional circumstances. These new indexes can be used in this year’s personal income tax collection campaign.

What accounting and registry obligations are there?

Until the statement regarding the 2018 financial year, taxpayers who kept accounts in accordance with the provisions of the Commercial Code were not required to keep log books. This exception, however, disappeared on January 1, 2019, except for taxpayers who carry out business activities whose performance is determined in the normal way of the direct estimation method. The rest of personal income taxpayers who carry out economic activities have been required since last year to keep the books of records, according to the Tax Agency.

“All this translates into the obligation of entrepreneurs to keep and keep the books of records of sales and income, the book of expenses, a record book of investment assets and, in the case of professionals, also a record book of provisions of funds and supplies ”, clarifies Vázquez.

How about the returns on intellectual property?

“Since January 1, 2019, the withholding and interim deposit rate applicable to income from movable capital from intellectual property when the taxpayer is not the author, has been reduced from 19% to 15%,” says Vázquez.