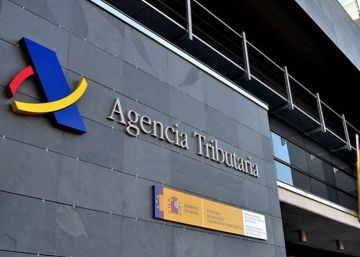 Despite the state of emergencydeclared for cope with the coronavirus crisis Y extended, for now, until April 11, the Ministry of Finance has not modified the calendar from the Income campaign of this year. Starting on April 1, it will be possible to file the declaration online, until June 25 if the result is to be entered, and until the end of the campaign, on June 30, if it is to be returned or if the result is to be entered but without direct debit. As of May 7, the declaration can be filed by phone and, from May 13, in person at the offices of the Tax Agency and the Autonomous Communities (but only until June 25 if the result is to enter ).

“This year there are important developments for some groups of taxpayers, especially those that are the result of judgments against bad practices in some interest rates of mortgages, although there are also changes in benefits for descendants or severance payments, among others, ”says financial expert Antonio Gallardo.

These are the main changes in the Income statement for the 2019 financial year.

Minimum for descendants with disabilities

The minimum per descendant is an amount that the Tax Agency pays for each dependent descendant under 25 and who is not taxed. This payment is discounted in the Income Statement and results in a lower amount of the tax. One of the requirements is that the descendant live with the taxpayer. When the parents are legally separated and custody and custody is shared, the family minimum for descendants is prorated between both parents, regardless of who they are living with on the tax accrual date.

In the case of a descendant under the age of 25 disabled, taxpayers can decrease the differential fee (which would be the result of the declaration) for each of them, with the right to apply the minimum for descendants. This allows a reduction of up to 1,200 euros per year.

“The novelty is that the taxpayer who lives with the descendant with a disability and has the right to this deduction can transfer it to the other parent, although the latter does not live with that person,” Gallardo stresses. For example, if the two taxpayers are divorced, the one who has custody of the disabled descendant may assign the right to the deduction to the ex-spouse who does not have it.

Deduction of inherited or donated and rented properties

“When you buy a property and put it up for rent, you can deduct part of it as amortization,” Gallardo explains. “But, if you have purchased a home for inheritance or donationYou cannot consider as a deductible expense what has been amortized before receiving the property; You can only deduct the expenses you make from the fact that the property is yours, such as the taxes you pay and the rehabilitation costs ”, he adds.

If the taxpayer, after voluntarily terminating his employment contract, returns to the same company – as a dependent or self-employed worker, without difference – he will not be able to apply the 30% reduction on the compensation he has received for the resolution of the same. .

“These indemnities benefited from the reductions foreseen for the incomes received in a notoriously irregular way, but they are lost because, upon returning to the same company, even if it was with a different employment relationship than the previous one, it is considered that it is not compensation for dismissal, ”says Gallardo.

Payment of a multi-currency mortgage

This category of mortgage loans were commercialized in a massive way especially a decade ago with the claim to pay less interest than loans in euros and referenced to a Euribor that at that time was at very high levels, if compared to current ones.

In many cases, however, the bank did not adequately report the risk of applying exchange rates on loans whose reference could be yen or Swiss francs, among other currencies. The result has been a large number of lawsuits in which financial institutions have been forced to compensate their clients.

Regarding the payment of the installment, it will be taken into account that the amortization of part of the outstanding capital of the loan generates a capital gain or loss that is the result of the difference between the rate of payment of the payment with respect to the exchange rate with the euro. in which the loan was initially fixed. “These capital gains or losses must be integrated into the tax base of savings,” says Gallardo.

Cancellation of the multi-currency clause

In the event that a deduction had been made for the acquisition of a habitual residence for the amounts returned as a result of the cancellation of the multi-currency clause in the mortgage, the right to practice the deduction of these amounts will be lost. “This means that the taxpayer will be obliged to regularize their tax situation by returning to the Treasury the amount resulting from the deduction,” Gallardo points out.

As a general rule, all compensatory interest is intended to compensate the creditor for the delay in a payment. These interests are usually included as a taxable profit, but not always.

Thus, “in the case of interest for delay in exempt judicial compensation, these interests will also be exempt,” explains Gallardo, “because it has been established that they have the same consideration as the main concept from which they derive.”

A judgment of the Supreme Court handed down in April last year establishes that senior management personnel will have the right, in the event of termination of their employment relationship due to the employer’s withdrawal, to a mandatory minimum compensation of seven days of salary per year of work. This cannot be greater than the equivalent of six monthly payments “and, as determined by the Tax Agency, it will be considered exempt income for personal income tax purposes,” Gallardo concludes.