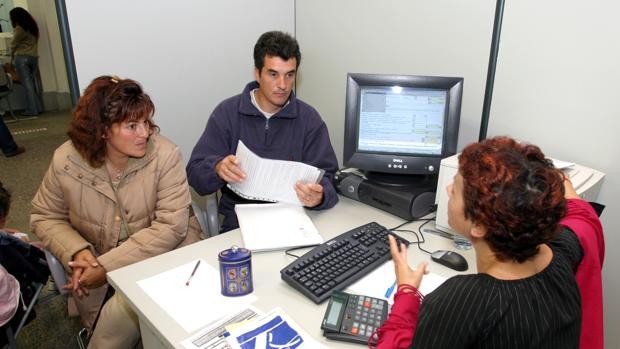 Those furthest behind will have to hurry. The campaign for the declaration of Income 2020 – 2021, which began on April 7, enters its final stretch. Thus, the draft of the rent can be presented and any management related to it can be done until June 30, the day on which this year’s campaign ends. It should be noted that, depending on the route chosen to present the Income Tax return, the dates will be different because, despite the fact that the Tax Agency opened the deadline to present the draft on Wednesday, April 7, it could not be done by telephone. until Thursday, May 6 and it cannot be done in person until next Wednesday, June 2. Key dates for the income declaration 2020 – 2021 The key days when making the income declaration this year are the following: – April 7. The Income 2020-2021 campaign begins through the web portal of the Tax Agency. It is also possible to do it through the application of this organism. – May 4th. From May 4 it is possible to make an appointment to be attended by phone. – May 6th. The deadline for submitting the income tax return by phone begins. – may 27th. From Thursday, May 27, it is possible to request an appointment to make the declaration in person at the offices of the Tax Agency. – June 2nd. On June 2, those who wish to file the Income Tax return in person with the help of a technician will be able to do so. – 5th June. The term of the declarations with result to be entered with direct debit ends. – June 30th. Income 2020 – 2021 campaign ends. News when preparing the draft This 2020 has been a difficult year for everyone. The coronavirus pandemic has caused a great health crisis, but also an economic one, which has affected a large number of people in our country. In this document of the Tax Agency you can consult all the news that there is when making the declaration of Income 2020-2021. However, we summarize the two most important points: Declare an ERTE in this year’s income tax return: The epidemiological situation has made a large number of businesses have to close, at least temporarily, due to the coronavirus pandemic and the measures imposed by the central government to mitigate its effects. Many of the workers who were affected by the situation were involved in a Temporary Employment Regulation File (ERTE). What will these people have to do when they have to deliver the draft of the personal income tax return? People affected by an ERTE who charge less than 22,000 euros per year will be exempt from declaring personal income tax. If there is more than one payer, it will not be declared if the amount received by the second and other payers does not exceed 1,500 euros. Self-employed extraordinary benefit due to cessation of activity Self-employed persons who have received the self-employed extraordinary benefit due to cessation of activity will not have to include it as an additional income in the quarter in model 130 fractional payment of personal income tax as it is not considered a performance of an activity economical. .