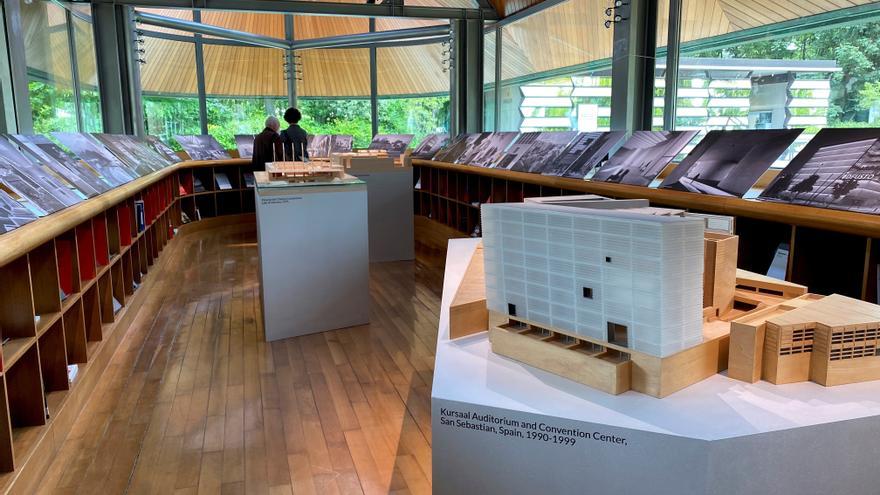 Venice (Italy), May 21 (EFE) .- A participatory co-housing model proposed by the Nordic countries, the importance of water championed by Denmark or the exaggerated privatization of public spaces that the United Kingdom denounces are some of the projects that hosts the XVII Venice Architecture Biennale.

After being postponed twice last year due to the pandemic, this international exhibition will open its doors to the public tomorrow, May 22, and until November 21, with a question that the nearly 60 participating countries will try to answer: “How will we live together?”

THE NORDIC MODEL OF CO-EXPERIENCE

The Nordic Pavilion in Venice, which is co-owned by Sweden, Finland and Norway, has this year become a large solid wood co-housing project, designed by the firm Helen & Hard (founded in 1996 and known for its innovative use of wood and experimental housing projects) and curated by the National Museum of Norway.

Visitors take off their shoes at the entrance of the pavilion and enter a wooden house, where there are individual spaces, such as rooms, and other shared spaces, such as lounges with sofas, tables for writing or drawing, or walls with tools from a workshop.

The Nordic co-housing model was developed in the late 1960s and has since spread throughout the world, and these three countries take it back again in Venice to show that it can be an option for modern societies to solve social and environmental challenges to make a world shared, more inclusive and more sustainable.

Perhaps one of the most striking installations is the giant cyclical water system that Denmark has designed and which tries to connect people with each other and also with nature.

The pavilion uses architecture as an art form and becomes an immense mechanism of pipes and tanks, which carry water collected from the canals of Venice to rivers and lakes created artificially on concrete paths.

The public walks through the structure while listening to the sound of water, feeling its evaporation in certain spaces that have higher temperatures and observing the plants and trees grown for the occasion.

But it also participates in the water system itself, by being able to drink a cup of freshly brewed tea, made with verbena, lavender and other ground dried leaves.

THE PRIVATIZATION OF THE BRITISH GARDENS

The architects Manijeh Verghese and Madeleine Kessler reflect in the British pavilion on the increasing privatization of public spaces with an exhibition that is a large fenced garden, which at the beginning is observed from outside, as if the public were in the street and try to look inside a trellis patio, which is accessed to enjoy nature at the end of a walk through different rooms.

The intention is to demonstrate, as has been seen with the coronavirus pandemic, that societies need open public spaces, within modern, inclusive and accessible cities.

Teresa Mavica is the curator of the Russian pavilion, which is literally undergoing reconstruction and, once the works are finished, will recover the original architectural concept of the prominent 20th century Russian architect Alexei Schusev, known for his Lenin Mausoleum, located in the Plaza Moscow Red.

Workers sand the walls, inject silicone into the windows and build a new image of the interior to demonstrate that cultural institutions must play a key role in times of crisis.

The Netherlands proposes that visitors wonder what “we” means as a concept that encompasses people, but also plants, animals and microbes on the same planet, and the need to respect and protect these relationships to promote coexistence.

Belgium travels through urban planning to trace the relationship between architecture and the city, Switzerland analyzes the phenomenon of borders and the divisions they generate when they become walls against migration, while the United States and Japan recover their wooden constructions to highlight , the first with models and the second with logs of a disassembled royal house, the relevance of this type of architecture.

Finally, Italy emphasizes that the climate crisis is the greatest challenge facing humanity and architecture has its share of responsibility, since “40% of emissions depend on constructions, if transport and the production of materials are also considered”, explains the pavilion on your entrance panel.