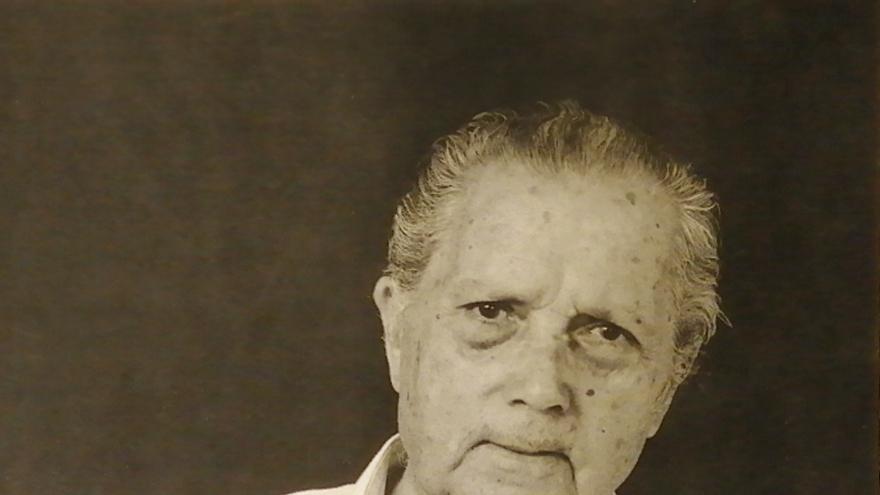 The Tomás Morales House-Museum de Moya opens on May 14, at 12.00, the exhibition Moya to Santiago Santana, a tribute to one of the most outstanding artistic personalities of the History of Art in the Canary Islands in the 20th century, in which around 40 works are exhibited, including oil paintings, pen drawings, etchings, lithographs and sketches from the period between 1929 and 1991.

This sample can be visited from free of charge until September 12, Tuesday to Sunday from 10:00 to 18:00. The initiative is included in the extensive program May-Museums designed by Ministry of Culture of the Cabildo de Gran Canaria to celebrate until mid-June on International Museum Day.

Santiago Santana’s painting is inserted as a priority in the birth and evolution of Canarian indigenism, and occupies a preponderant place in it. Through his work, such as oil paintings, drawings, photographs, graphic illustration and bibliography, this exhibition shows one of the maximum representatives of the Canarian indigenous movement, who dedicated a good part of his creations to Villa de Moya, the municipality in which he spent his childhood and youth.

The sample is made up of works by various private providers from the municipality of Moya and Las Palmas de Gran Canaria, in addition, from other public institutions, such as the Villa de Moya Town Hall, the Moya Landscape Art and Interpretation Center, the Atlantic Center of Modern Art (CAAM), the Casa de Colón, the León y Castillo House-Museum and the Tomás Morales House-Museum.

In a large part of the work on display you will be able to see different landscapes of the Villa de Moya, such as the old hermitage, the ravine of the municipality and the trade of the thigh tiles, as well as different still lifes and representations of female figures, whether they are washerwomen or peasant women. .

Among the works, the only sculptural piece also stands out. Male torso, made by Santiago Santana in 1929 and exhibited in the first large collective exhibition organized by the Luján Pérez School and inaugurated on December 19, 1929 in a place on Calle Mayor de Triana, in Las Palmas de Gran Canaria. It is a sculptural piece belonging to the museum collection of the Tomás Morales House-Museum. Three sketches of the Church of San Andrés, in the municipality of Arucas, also stand out.

Various editions of the illustrator facet are exhibited, such as Gran Canaria in the mid-19th century: according to a contemporary manuscript (1950), which included drawings by Santana; My proclamation of San Pedro Mártirby Néstor Álamo (1954); the cover of Isla: information magazine of the Center for Initiative and Tourism, number 26 – II Epoch (2nd quarter 1964); the back cover of Cartons (1930) and Ancient songs, by Olegario Marrero (1994).

Santiago Santana (Arucas, 1909 – Las Palmas de Gran Canaria, 1995), was a painter and artistic advisor. In the period between 1921 and 1929, he studied for a Higher Baccalaureate in Sciences at the Pérez Galdós Institute and joined the Luján Pérez School as a student.

In 1932, retired by the Island Council of Gran Canaria and the Town Councils of Arucas and Moya, he studied in Paris and Barcelona. After his return to his native island, in 1942, he worked as a draftsman in the studio of Miguel Martín Fernández de la Torre. In 1944 he worked on the reforms of the Casa de Colón and from 1948 to 1956 he held the position of director of the Luján Pérez School, passing the baton to Felo Monzón. He was appointed artistic advisor to the Island Council of Gran Canaria in 1957, a position from which he retired in 1983. It is during this period that he is in charge of remodeling the Tomás Morales House-Museum.

In 1983, on the occasion of his retirement, anthological exhibitions were held as a tribute to the artist at the Casa de Colón and in San Antonio Abad, in Las Palmas de Gran Canaria. On June 2, 1990, the Moya City Council organizes a tribute in the Tomás Morales House-Museum in which the painter is named Adoptive Son of the Villa, a municipality to which he moved with his family when he was only five years old.