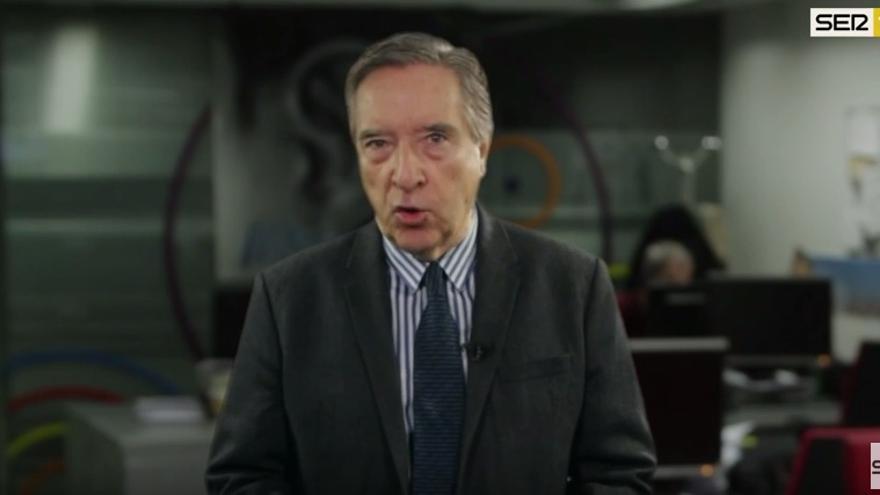 “This morning I come to say goodbye.” Iñaki Gabilondo announced this Monday that he is leaving his daily space in the program ‘Hoy por Hoy’, on Cadena SER. “When someone my age steps aside, few explanations are needed,” said the prestigious journalist, who has acknowledged being “fed up” by political polarization.

Gabilondo leaves the space for comments and opinions on the morning program, hosted by Àngels Barceló. “I think I know how to defend my opinions, but it is more and more difficult for me to have them, it is increasingly difficult for me to refine them. Partisan bitterness and overpolarization have built molds of quick response, argumentative for exaltation, but they are not going to me, frankly. To join the day-to-day life of such a fierce struggle requires strength that I no longer have and a faith that wavers, “he acknowledged.

His retirement from ‘El Abierto’ from ‘Hoy por Hoy’ is not a final farewell to the program. “Before the light goes out, I prefer to illuminate other corners,” he said before advancing his new project. It is a weekly space, every Monday at 10 am, also with Barceló, “to talk about this and that.”

It will be a format in which the 78-year-old journalist will look at “life and the future.” “As we look at life, there is also politics, but not the things of politics, but the politics of things,” he explained before pointing to his intention to do “something different”: “After so many years talking, I would like finish my professional life listening to young people who are doing things, which are many “.

His new space wants to serve as a window for these young people. “An opportunity to welcome young guests who stimulate us with what they are doing and that we can encourage them to continue and that their action stimulates us,” he explained.

After knowing the news, the President of the Government, Pedro Sánchez, has published on his Twitter account that Gabilondo’s daily editorial, “an indispensable voice of radio and journalism in our country, had become a benchmark for analysis from the actuality”.

Sánchez’s recognition was not the only one that the veteran journalist received this morning. The accolades have come mainly from his fellow professionals. Jordi Évole has pointed out that “we all feel identified with Iñaki Gabilondo when he talks about empacho and satiety”; Carlos del Amor has indicated that “with one word he is able to radiograph everything”; and the director of ‘Infolibre’, Daniel Basteiro, has defined it as “an oasis of lucidity”.

Gabilondo had already announced in InfoLibre his idea of ​​giving a final turn to his professional career: “I am practically saying goodbye to this long time that I have dedicated to commenting on the political update,” he had advanced in an interview published this Sunday.