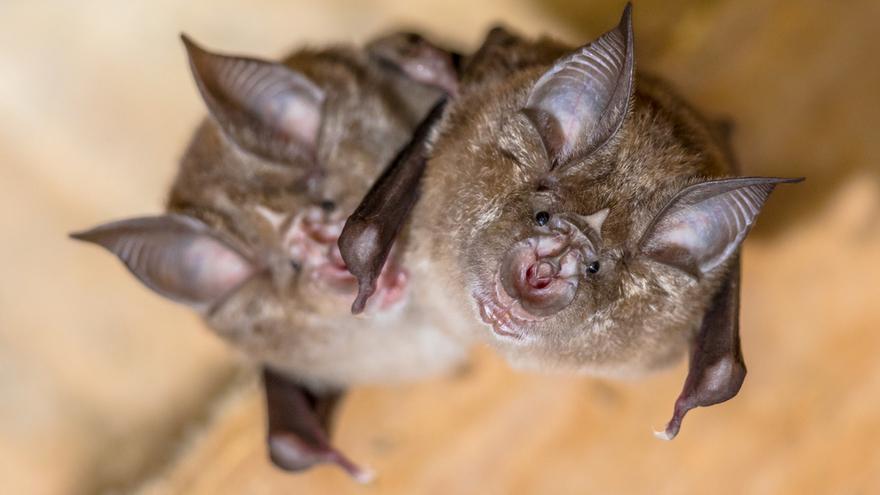 Both the crisis of SARS-CoV-1 in 2003 in Southeast Asia and MERS-CoV in 2012 in the Middle East had viruses from civets Y dromedaries of protagonists, respectively. In the current SARS-CoV-2 pandemic, the animal origin of the virus remains unidentified, but the scientific community is clear that this coronavirus resembles that of the bats.

Even without knowing the animal origin of the covid-19 crisis which has already caused 2.4 million deaths worldwide, and which has also affected pets and wild animals, a team of scientists suggests that the possibility of new coronaviruses being generated in wild and domestic animals in the future may have been underestimated.

Thanks to a study by machine learning (machine-learning), the researchers, led by the Liverpool University in the UK, they looked for relationships between 411 coronavirus strains and 876 mammal species who could be potential guests. The results, published in the journal Nature Communications, indicate how completely new strains or species of coronavirus could emerge in the long term in the different species.

“New coronaviruses can appear when two different strains co-infect an animal, causing the viral genetic material to recombine. Our understanding of how susceptible different mammals are to different coronaviruses has been limited, but the study could offer insight into where this might occur. viral recombination”, Explains to SINC Maya wardeh, researcher at the Institute of Infections, Veterinary and Ecological Sciences of the British university and main author of the work.

“Since coronaviruses frequently undergo recombination when they co-infect a host, and SARS-CoV-2 is highly infectious to humans, the most immediate threat to public health is the recombination of other coronaviruses with SARS-CoV-2. ”, He points out Marcus blagrove, co-director of the study.

Beyond bats and civets

The model shows that the new coronavirus could recombine with others in species where these viruses had already been observed, such as the common palm civet (Paradoxurus hermaphroditus), which could be a potential host for 32 different coronaviruses, in addition to SARS-CoV-2. The work also predicts that the large horseshoe bat (Rhinolophus ferrumequinum) and the horseshoe bat (Rhinolophus affinis) could harbor 68 and 45 new coronaviruses, respectively, including SARS-CoV-2. They are joined by pangolin (Manis javanica) with 14.

However, by identifying the hosts in which SARS-CoV-2 recombination could occur, the scientists indicated that there could be 30 times more host species than are known to harbor new coronaviruses based on this new virus.

Among them, the work highlights that SARS-CoV-2 could recombine with other coronaviruses in the lesser asian yellow bat (Scotophilus kuhlii) – little studied – of which a large number of interactions are predicted (48). The results also involve the sea ​​urchin (Erinaceus europaeus), to the european rabbit (Oryctolagus cuniculus) and to domestic cat (Felis catus) as potential guests. The hedgehog and the rabbit already were from other betacoronaviruses.

They are joined by chimpanzee (Pan troglodytes) and the african green monkey (Chlorocebus aethiops), just like him dromedary (Camelus dromedaries) and the domestic pig (Sus scrofa), which has the highest number of associations with other coronaviruses, as predicted by the model.

“It is important to note that recombination occurs over longer periods of time, compared to mutations, which are distinct phenomena. This means that it presents a risk in the medium or long term ”, Wardeh tells SINC. But despite identifying probable recombinations, “we do not want to draw excessively negative attention to these animals, since recombination may not necessarily occur in them,” he says.

The research team approached the problem as if it were a puzzle. “We identify key factors from the side of the mammals such as the phylogenetic or evolutionary distance to know hosts of each coronavirus, the diet, or the type of habitat in which it lives, even the relationships with known hosts ”, the researcher emphasizes.

From the point of view of virus, the scientists used genome sequences, their “secondary structure,” and the frequency (or biases) of combinations of the bases (or letters) in the virus genome. The last side of the puzzle was the complex connections that already existed between coronavirus and mammals.

“Once we identify those factors, we quantify them by producing a probability for each possible combination between virus and host, and then finally we combine those scores using an ‘ensemble algorithm’ to produce final predictions,” Wardeh says.

However, there are certain limitations in the study because only coronaviruses for which he had access to the full genome were included. “Our results are based on limited data on coronavirus genomes, known host species, and virus-host associations. There are study biases for certain animal species, which present uncertainty in the predictions ”, suggests the researcher.

In this sense, the scientist explains that it has not yet been possible to include the birds in their analyzes. “Many of them harbor gammacoronaviruses and share them with some mammals. At present, we are working to include birds, in order to better estimate the potential for recombination with these viruses, ”says Wardeh.

With the results already obtained, the team indicates that the work could help direct the surveillance programs to discover future strains of coronavirus before they spread to humans, “which gives us an advantage to fight them,” the scientist tells SINC. The study thus allows prioritize on the species most likely to become hosts.

The next step in the investigation will be to add a geographic estimate. “This will allow us to consider where – within the geographic distribution area – a host species is most at risk and, therefore, will focus surveillance on both the what and where,” he concludes.