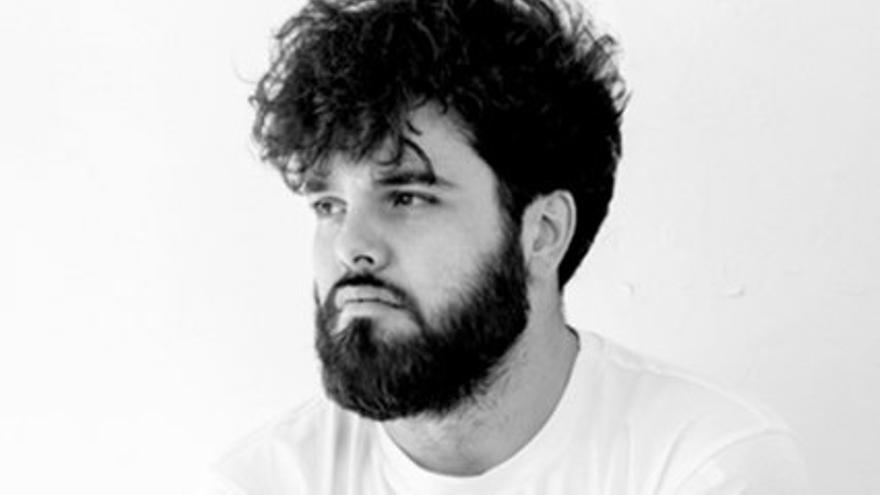 A fireplace, a frying pan full of crumbs, the red color of the fire and the smell of chorizo. It rains in Ventas del Carrizal (Jaén) and the father of the child Leandro cannot go to work. Everyone in his family lives off the field, from the olive trees. When the weather is not good, it is the only time when the men leave the olive trees and the women the housework to sit in a circle around the fire. “They talk about work,” Leandro said 30 years later. “Of the lost day”. However, the memory of those days splashed by rain reassures the designer on the busiest days. His life took a turn when, after the first decade of the 21st century, he won various awards as a fashion designer and, above all, when in 2012 he founded his own brand. Since then, the transfer of collections, catwalks, models, workshops and spotlights has only increased year after year to make the Andalusian one of the most promising designers on the Spanish and international scene to the point of seeing his suits on the skin of big stars of cinema or music. “Dressing Lady Gaga or Celine Dion,” he acknowledges, “allows us to reach people we could never reach on our own.”

Leandro, 36, is inspired by Andalusia, Spain, the women in his family and the countryside. The land almost always dry —except during those rainy days when everything stops— of the Sierra de Jaén, the olive trees, the oil. Crafts. The Bulls. “Watch out!”, He surprises, “that I don’t like them.” What happens is that it is impossible for him, in his own words, not to appreciate the aesthetics of bullfighting, the costumes of lights, the waves of the cape: “In Spain you have to break the barrier of bullfighting aesthetics. freaks me out. ” Leandro complains that outside our borders there are “less problems” with this type of thing. In short, he complains that, on some occasions, Spanish culture is more appreciated outside the country than inside. In any case, not even he, who in 2018 dazzled everyone with his collection ‘Corrida’ – full of references to the world of bullfighting – escapes from the dilemma. He repeats: “I don’t like bullfighting, but the aesthetics of bullfighting hallucinates me.” It is part of those Spanish and Andalusian roots that he mentions and of which – he says – are “an inexhaustible source of inspiration.”

And he does not say it as a simple anecdote or with a small mouth. While laying the first stones to build the skyscraper that is his brand today, Leandro founded, in Ventas del Carrizal, a craft association in honor of his grandmother and all the women of the town. It is the fashion for small things that has led Jaén to win awards year after year. In 2011, the first one arrived – the Ideas Store at the Murcia Open Catwalk -; in 2012, the Designer for Tomorrow; in 2014, the Golden Thimble; in 2017, the Who’s On Next. In between, stars the size of Lady Gaga, Celine Dion, María Leon – who wore a Leandro Cano at the 2016 Goya Awards – or the singer María José Llergo have walked their designs through Spain and the world.

In fashion and art there are no ‘impossible’

The fashion for small things that Leandro cultivates can only be understood by thinking ‘big’, despite the paradox. The designer flees from any conception of his profession that imposes limits on him. Therefore, in his garments he defies the rules. Defy even the law of gravity. “I always assume that everything is possible and, in the end, almost everything ends up being really possible,” he slides. He thought about it even when he was a particularly withdrawn child in his native Jaén. It was a “happy childhood,” he reflects, “although it was different in many ways from other children, and sometimes that made it all a bit complicated.” He also thought about it when he decided to study Graphic Design and Photography in Granada. Another would have settled for that and tried to earn a living even if he was not passionate about what he had studied. He does not. He did not think it was impossible to leave everything —one more time—, go to Seville and start studying Fashion. “My family didn’t approve of it at first,” he smiles, “but they quickly saw that there was no alternative.” Soon, Leandro Cano stood out among his peers and, before finishing his studies, he began to reap his first successes.

Born among olive trees, raised among women and stubborn in his endeavor to reclaim rural areas and his Andalusian roots, he finds himself at the end of 2020 wanting to continue working, creating and growing. “Yes,” he advises, “I’m going to try to be a little calmer.” There is no sabbatical year or anything like that. He wants to continue working, but also to savor more the successes, the learnings and, ultimately, the path he has traveled with his brand for almost 10 years. After collections such as Ofrenda, A tu vera, Carmen, 083, Anima or Buffet, the Jaén assures that all of this was just the beginning. Your secret? Innovate and work. To the question that all journalists ask him – “What well-known character would you like to dress one day?” -, Cano blurts out: “I could tell you that I would love to dress Beyoncé, and it would be true, but what would drive me crazy is to be able to dress Joan of Arc or Lady Di “, surprises. “It would be amazing”. Perhaps, from all that was discussed with Leandro, that wish is, even for him, the only impossible thing.